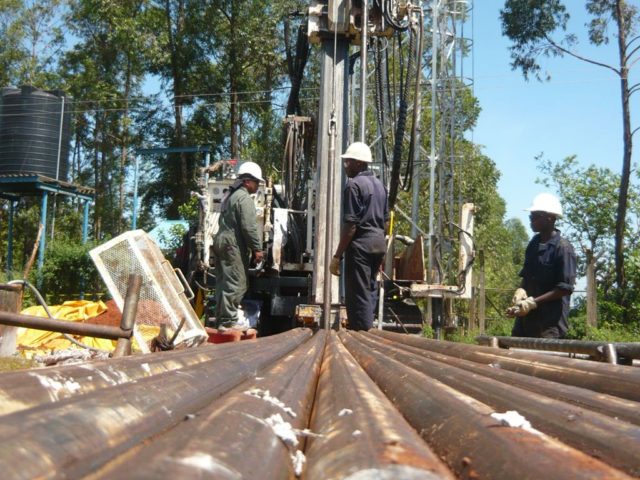 Acacia Mining, the LSE-listed African gold miner, has increased its ownership in the West Kenya JV, by acquiring Lonmin's stake in the asset for US$5 million.

Acacia Mining has continued to enhance and expand its exploration portfolio in Kenya through an agreement to accelerate the earn-in on the West Kenya Joint Venture (JV) licences in Kenya.

The West Kenya Project is made up of two joint ventures – the West Kenya JV and the Advance Gold JV. The West Kenya JV with Lonmin subsidiary AfriOre International consists of two licences that covers the majority of the 1 650 km2 project area and is host to the Liranda Corridor, the most advanced exploration prospect.

Lonmin, thorough AfriOre International, has agreed to divest its 49% stake in the West Kenya JV in line with its strategy of divesting non-core assets and maximising cash to focus on its core platinum operations.

This has enabled Acacia Mining to increase its ownership from 51% to 100% in the asset.

Following the completion of the agreement Acacia has full exposure to an exciting and highly prospective land package in Kenya, including the Liranda Corridor, the company said in a statement on Monday.

Acacia continues to intersect high grade gold zones at the Bushiangala and it prospects along the Liranda Corridor where drilling is indicating the potential for a new gold camp.

“We are greatly encouraged by our continued exploration success in Kenya. Our systematic approach to exploration and drill targeting, as well as taking the decision to drill deeper holes early has resulted in the potential for an exciting new discovery,” says Brad Gordon CEO of Acacia Mining.

As a result the company has moved to consolidate its position in the project at this stage to ensure their shareholders will be able to fully benefit if the project continues to progress.

The Advance Gold JV comprises three licences. Acacia currently owns 85% of the JV and is currently earning additional equity in the project with Advance Gold, electing not to contribute to the current exploration programmes.

Update on the Liranda Corridor prospect

Acacia is continuing to drill test prospects within the Liranda Corridor located in the northeast of the West Kenya JV licence area.

The company is approximately 30% of the way through a 40 000 m drilling programme to test the structural orientation and continuity of high grade gold mineralisation encountered on the Acacia and Bushiangala prospects.

If successful, the programme aims to allow for the calculation of an initial inferred resource by early 2017.