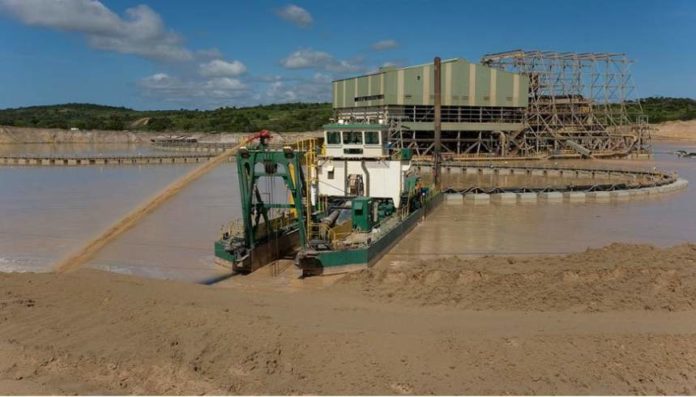 “Both production and shipments of all products were at record levels. Production in 2018 is expected to moderate slightly, mainly due to lower opening stockpiles, though ilmenite shipment volumes are expected to be maintained as finished goods inventory is drawn down.

“In 2018, Kenmare Resources will upgrade capacity of Wet Concentrator Plant B by up to 20% uplift in capacity. Further options are being examined which will both address grade reduction in future years and facilitate an increase in ilmenite production beyond 1 Mtpa.

Production in 2018 is expected to moderate slightly, mainly due to lower opening heavy mineral concentrate stockpiles, though ilmenite shipment volumes are expected to be maintained as finished goods inventory is drawn down.

Work is on-going to optimize increased mining capacity to offset grade reduction in the Namalope Zone in the coming years.

$19 million has been approved for expenditure on growth projects and studies in 2018, the main elements of which are represented by the WCP B upgrade project, a monazite concentrate project and feasibility studies to increase mining capacity.

Approval of further capital expenditure by the board will be subject to, inter alia, positive outcomes from feasibility studies, attractive financial returns, and supportive market conditions.

Sustaining capital costs in 2018 are expected to be approximately $22 million.