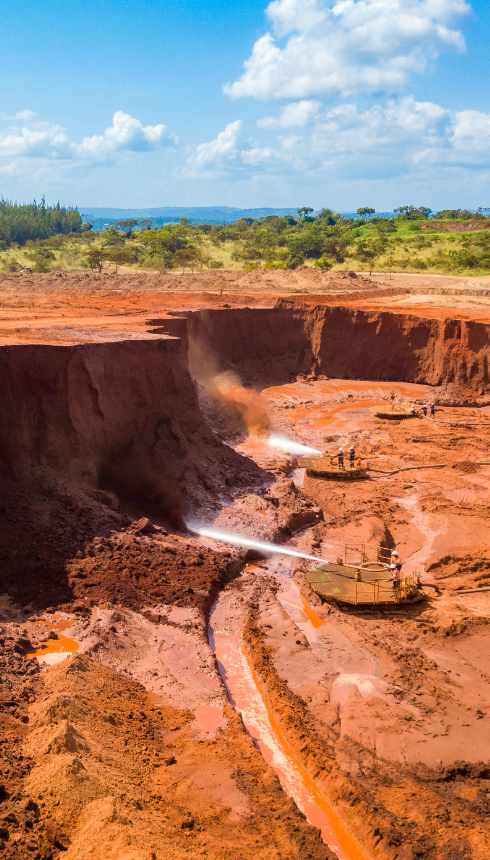 This follows the finalisation of an agreement with World Titane Holdings whereby Base Resources will acquire an initial 85% interest in the wholly owned Mauritian subsidiaries of World Titane, which between them hold a 100% interest in the Toliara Sands project in Madagascar.

This acquisition is conditional only on Base Resources completing an equity raising for a minimum of A$80 million to partially fund the acquisition costs.

The Toliara Sands project is considered by Base Resources to be one of the best mineral sands development projects in the world. It is underpinned by the Ranobe deposit which has a JORC 2012 Resource of 857 Mt at 6.2% heavy mineral, including 612 Mt at 6.7% heavy mineral in the Measured and Indicated Categories.

Building on the work completed to date, Base Resources’ development plan is to complete a full study phase ahead of a decision to proceed to construction in the second half of calendar 2019. This timetable could be expected to see the Toliara Sands project in production in mid-2021.

Tim Carstens, MD of Base Resources, comments: “World Titane (the successor to the formerly ASX-listed World Titanium Resources) has invested significantly in progression of the Toliara Sands project over a number of years, establishing a world-class Mineral Resource, advancing development studies and securing key permits and licenses.”

“World Titane has also successfully fostered strong relationships with the government of Madagascar and the local community. The majority shareholders in World Titane, AMED Funds and Boulle Titanium, who have been instrumental in the recent project progression, have committed their ongoing support to the project to ensure a continued smooth progression to mine development.”

“This is a transformational acquisition for Base Resources and represents a significant step in execution of the company’s strategic plan.”

To fund the $75 million initial consideration, Base Resources is seeking to raise A$100 million through a combined share placement to institutional investors in eligible jurisdictions and a 1 for 3 accelerated pro rata renounceable entitlements offer.

All shares will be offered at A$0.255 per share. The offer has been partially underwritten by RFC Ambrian subject to the terms and conditions of an offer management and underwriting agreement to a cap of approximately A$88.4 million.

RFC Ambrian has also been appointed by Base Resources as the Offer Manager. Numis Securities has been appointed the Joint UK Manager in relation to the offer.