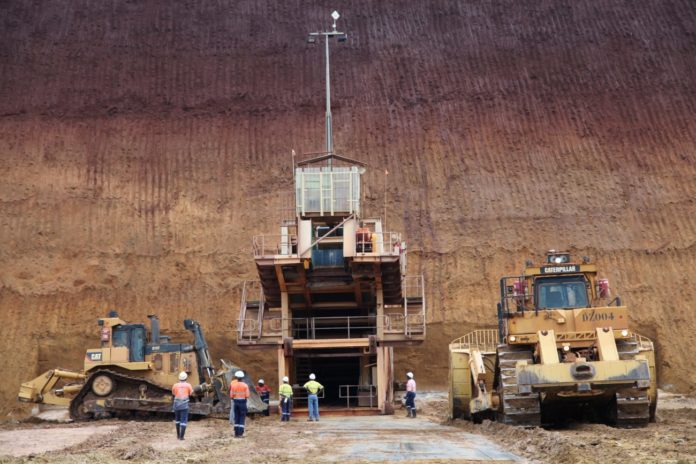 Australia’s global player in the mineral sands market, Perth-based Base Resources, will also deliver strong operating margins despite the on-going but improving tough global market for the commodity.

Base Resources’ 100%-owned Kwale mineral sands mine is located approximately 10 km inland from the Kenyan coast and 50 km south of Mombasa, the principal port facility for East Africa.

Addressing the first day of the three day Paydirt 2016 Africa Down Under mining conference in Perth, Base Resources MD, Tim Carstens, says: “Significantly, the market price history for ilmenite has resumed a welcome upwards trend and is holding at around US$90/t – comfortably above the $60/t floor of the past 18 months or so but well shy of the $300 peaks of 2011-2012.”

Base has achieved operating margins of 49% of late with Carstens pointing to new supply windows being needed as global mineral sands ore bodies mature.

“The average Very Heavy Mineral grade and assemblage of new mineral sands project is in decline and we see that higher prices will be required to support new supply and those conditions favour our outperformance outlook around Kwale,” he says.

Carstens also pointed to Kenyan’s improving mining experience which was now generating a high degree of collaboration on issues despite the occasional “headline”.

“This is a now a regime with a clear picture of where it wants its mining sector to go and has put in place and pursuing actively and with a sense of urgency, the policies to attract new mining investment and on a sizeable scale,” Carstens says.

Base Resources has spent the past year focused successfully on reducing its debt burden, slashing its debt by more than $40 million in the past 12 months.

Kwale’s production start in 2011 is based on a mine life of 13 years and features a high grade ore body with a high value mineral assemblage.

Over the first six years, production has ramped up to produce 85 000 t of rutile, 450 000 t of ilmenite and 32 000 t of zircon, making Base Resources a globally significant producer of mineral sands products.