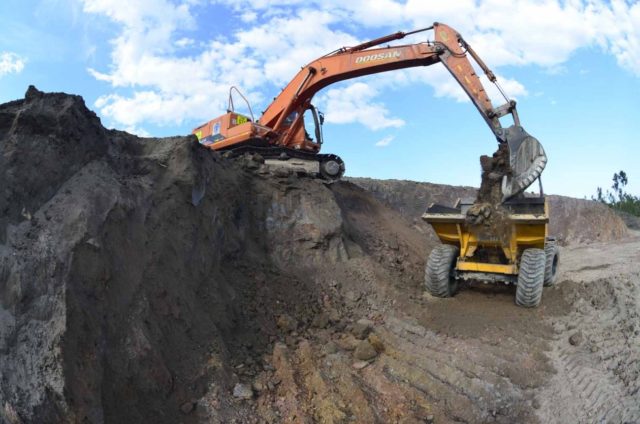 ASX-listed graphite junior Bass Metals has realised material exploration success in Madagascar which will help the company fulfill its strategy to grow its production.

Madagascar – The discovery, known as Andapa, is immediately south of the operating Antsirabe graphite mine, currently owned and operated by private Chinese mining interests, who ship their premium quality, large flake graphite concentrates directly to China.

Exploration success and a material increase in the company’s resource inventory is a key component of Bass Metals’ strategy to deliver value for shareholders from the now 100% owned Graphmada large flake graphite mine and the company’s broader permit holding.

The strategy has twin objectives of delivering increased steady state profitable production, while in parallel delivering a material increase in resource inventory. This initial but significant discovery made at Andapa is a pleasing progression while Bass Metals continues to optimise the Graphmada mine.

Exploration at the Andapa project has demonstrated that the area contains at least three lenticular bodies of large flake graphite within the weathered profile. The three parallel striking graphitic units strike approximately northwest-southeast over strike distances varying between 1.3 km and 2.1 km.

31 in-situ graphite samples for the Andapa project were prepared, split and analysed by Bass Metals’ Graphmada mine laboratory facility for Fixed Carbon using the Muffle Furnace method. The remaining split of the samples not used in the preliminary analysis at the Graphmada laboratory will be sent to a SANAS1 accredited laboratory Bureau Veritas South Africa for graphitic carbon (GC), total carbon (TC) and Sulphur grades.

A systematic exploration programme will be planned over the three graphitic units, including an auger and pitting programme with sampling. This will be followed by a potential drilling and sampling programme for grade estimation, flake size distribution and metallurgical testing.

In addition, the company has recently completed the first phase of a significant drilling programme currently being undertaken at the Mahefedok deposit, which is immediately adjacent to the Graphmada mine infrastructure. Assays results are currently pending from Bureau Veritas South Africa.

“The team is excited at this discovery, especially as it’s directly south along strike of a long operating large flake graphite mine. We obtained this permit as part of the Graphmada transaction but initially did not prioritise any work on the permit given our primary focus of optimising the premium asset of Graphmada,” says Bass Metals CEO Tim McManus.

“Given these reconnaissance results we will aim to demonstrate we have a very similar asset to Graphmada; a long-term low cost mining operation of premium quality large flake graphite.”