Danakali raises A$6.7M for Colluli with tier one investor 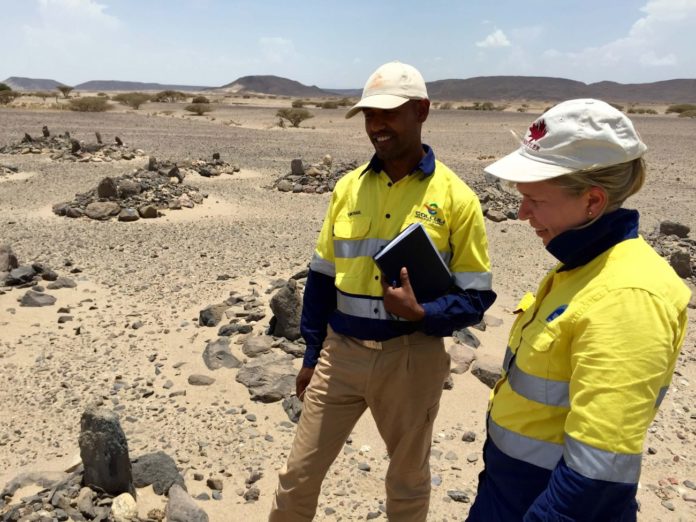 ASX-listed potash developer Danakali reports that the placement consists of 20.2 million shares at A$0.33 per share to raise gross proceeds of A$6.7 million and will be issued in a single tranche under the company’s 15% placement capacity pursuant to ASX listing rule 7.1.

The funds raised will be applied to continue the positive progress on the development of the Colluli project, working capital and corporate purposes.

This placement is testimony of how the international profile of the Colluli project is growing and is a clear endorsement of the project, the jurisdiction and the company, Danakali said in statement.

It further demonstrates the attractiveness of the Colluli project and Danakali as an emerging agri-commodity company.

The potash developer is very pleased with the placement and welcomes the addition of JP Morgan Chase to its share register as a 9% shareholder in the company.

Somers and partners issued an update note on Danakali  pursuant to the placement indicating a positive impact on the company and the significance of JP Morgan’s support.

The Colluli potash project in Eritrea, East Africa project is wholly-owned by Colluli Mining Share Company (CMSC), which is a 50/50 joint venture between Danakali Limited and the Eritrean National Mining Company (ENAMCO).

Located in the Danakil Depression region of Eritrea, the project has an estimated mineral resource of 1.29 Bt grading at 11% potassium oxide (K2O) for 260 Mt of contained sulphate of potash (SOP).

Mineralisation within the Colluli resource commences at just 16 m, making it the world’s shallowest potash deposit.

Danakali is currently awaiting mining license approvals from the government of Eritrea. Funding discussions are also underway and the company has signed memorandums of understanding for 800 000 tpa of sulphate of potash.

The Colluli Project definitive feasibility study (DFS), completed in November 2015, outlined the production of SOP using a two module development approach, with an expected production of 425 000 tpa for the first five years and 850 000 tpa for the remainder of the proposed life of mine, and demonstrates expected industry leading capital intensity and expected bottom quartile operating cost curve position.

The expected mine life at the DFS production rates exceeds 200 years.