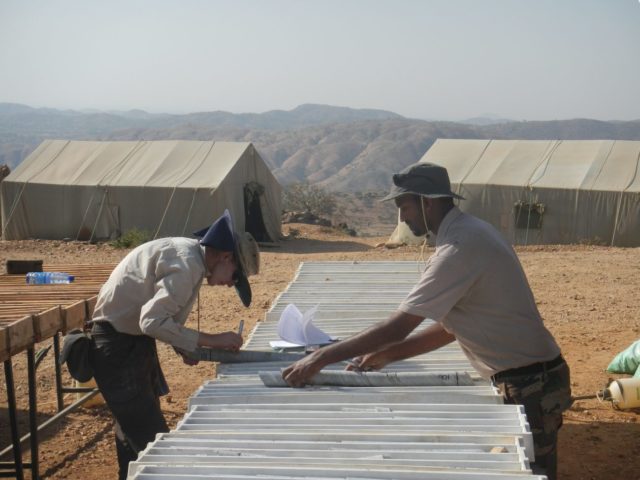 Ethiopia – The column testwork programme was performed for East Africa Metals to evaluate the potential to utilise heap leaching for the extraction of gold and silver from the Terakimti oxide gold deposit.

The two SGS column tests were performed on representative samples of Terakimti gold/silver oxide material crushed to 100% passing minus 16 mm (5/8 inch), a common crush size for heap leaching. The samples were composites of material collected from six metallurgical drill holes in order to represent the different major lithologies identified within the Terakimti oxide gold deposit.

The high level of gold extraction achieved in this test combined with very good leach kinetics, indicates the potential to utilize a coarser crush size for gold extraction at East Africa Metals’ Terakimti.

Additional tests were performed by SGS to assess permeability, mechanical strength and the requirement for agglomeration of the oxide material for heap leaching.

“We are very pleased by the metallurgical test results achieved for the Terakimti oxide and especially the excellent column test results. These positive results confirm that heap leaching technology is the preferred process for the Terakimti oxide gold deposit. The results of this comprehensive testwork programme will provide a solid basis for the next stage of project development,” states Sean Waller, Chair of East Africa’s Technical Development Committee.