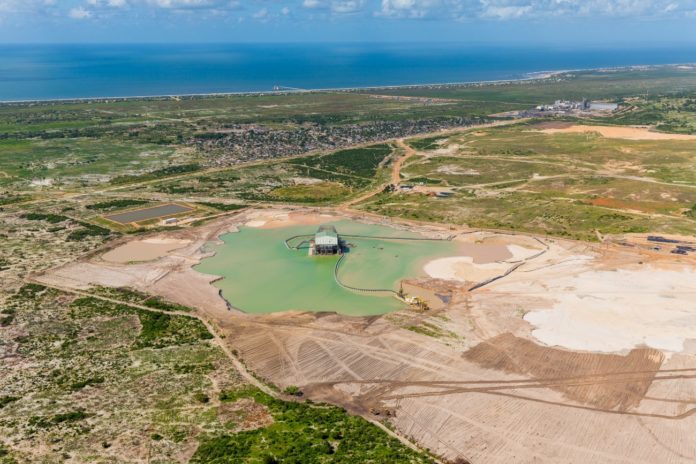 The dual-listed operator of the Moma titanium minerals mine in northern Mozambique will be provided with additional liquidity by retaining US$75 million of the proceeds of the capital raise to cover expenses and future working capital requirements, and by way of reduced interest rates, increased term and a repayment holiday on residual debt.

Kenmare Resources has entered into a Cornerstone Subscription Agreement with the SGRF Investor, a subsidiary of State General Reserve Fund of the Sultanate of Oman (SGRF) pursuant to which, subject to applicable conditions, it will invest $100 million in Kenmare as part of the capital raise.

All lender approvals have also been received in relation to the terms of the debt restructuring and lender underwriting; the agreements are now in final form and lenders are in the process of obtaining signatures.

The company has engaged in positive discussions with existing shareholders and new institutional investors concerning the capital raise, under which not less than $275 million of new equity must be raised in order to secure the debt restructuring (whether by way of cash or a combination of cash and the lender underwriting).

Three of Kenmare Resources’ major shareholders have indicated their intention to participate, in the firm placing, for at least $115 million in aggregate.

In particular, M&G, which currently owns 19.97% of the existing issued share capital of the company, has indicated its intention to seek to retain that percentage interest in the company on completion of the capital restructuring.

Also, certain of the lenders have agreed to underwrite the capital raise, in the event that cash proceeds are up to a maximum of $40.8 million less than US$275 million, by subscribing for New Ordinary Shares at the Issue Price through equitisation of a matching amount of debt.

In parallel, and as part of the process of de-risking the execution of the transaction, Kenmare Resources has had ongoing interaction with a second proposed cornerstone investor, King Ally.

However, there has been developing uncertainty in relation to the process for King Ally to execute an investment in the company and the terms on which it would intend to proceed.

In light of this and the continued support of major shareholders, SGRF and the lenders and the positive feedback from other potential investors, the company and King Ally have terminated the King Ally subscription arrangement by mutual consent.

In no circumstances will the holding of SGRF exceed 29.9% once the capital restructuring is completed in all respects.

SGRF and key terms of the SGRF Cornerstone Subscription Agreement

SGRF is a sovereign wealth fund of the Sultanate of Oman. It was established in 1980 by Royal Decree 1/80 with the objective of achieving long term sustainable returns on revenues generated from oil and gas that are surplus to the Sultanate’s budgetary requirements.

On behalf of the Sultanate of Oman, SGRF manages the reserves placed in its care to achieve best possible long term returns with acceptable risks, through investing in a diversified portfolio of asset classes in more than 25 countries worldwide.

SGRF is regulated and supervised by the Financial Affairs and Energy Resources Council (FAERC) of Oman. The SGRF Investor is a Luxembourg Kenmare Resources.

Kenmare Resources has continued to experience a considerable improvement in power quality and reliability through the quarter to date, as a result of the additional transmission capacity commissioned by Electricidade de Moçambique in December 2015.

Power should, we believe, no longer be a fundamental constraint on Moma’s ability to produce.