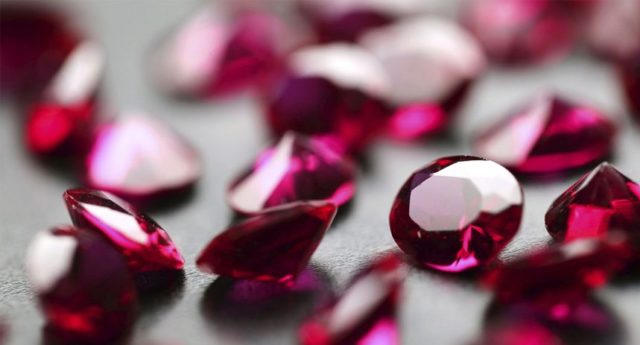 A small safe of low quality rubies has been stolen along with some portable office equipment from ASX-listed Mustang Resources at its Montepuez ruby project.

All the items stolen from Mustang Resources (including the rubies which totalled approximately 19 000 carats) are adequately covered by insurance and insurance claims will be lodged as soon as possible.

The small portion of rubies stolen were mostly earmarked for auctions to be held after the maiden tender, which will be held over four days from Friday 27 October to Monday 30 October in Port Louis, Mauritius.

Despite the theft, the company’s ruby inventory remains comfortably on track to exceed 300 000 carats by the time of Mustang Resources maiden tender next month.

None of the larger safes containing a limited number of higher-value rubies were broken into.

Thanks to the company’s proactive approach of removing stones from site as soon as possible, it ensures the vast majority of this inventory is located offshore.

The larger portion of the ruby inventory is stored in Mustang Resources’ safe house with minimal quantities left at the mine site at any given time, reducing the security risk.

Mustang Resources believes the break-in is of a “grab-and-run” nature and highly opportunistic, taking place when the mine was closed in the very early hours of the morning.

Tragically, during the incident one of Mustang Resources’ security guards on site died.

The board of directors and management will extend their deepest sympathies to his family at this very sad time and offer them the company’s full support.

The company is working with the local communities, police and the government to find the thieves.

Security at the mine site has been strengthened further since the incident, absolutely prioritising safety for our staff and security for the rubies.