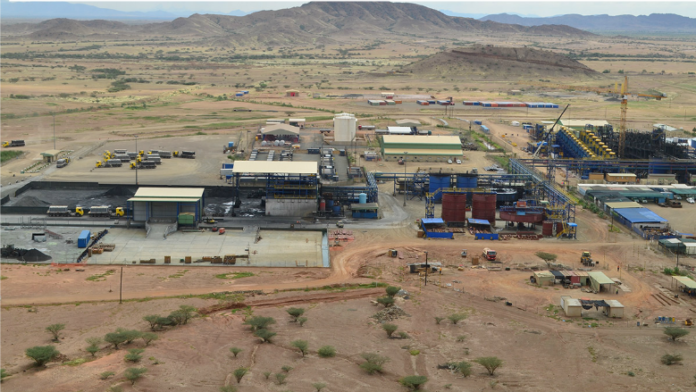 This comes following the commissioning of its new zinc flotation plant, which became effective on 1 October 2016.

Since commissioning commenced in June 2016, the existing copper circuit and the new zinc circuit have produced approximately 40 000 t of commercially saleable zinc concentrate.

Nevsun’s President, Cliff Davis, comments, “We are pleased to have reached this major milestone.  The start of our zinc concentrate production coincides with the recent rally in zinc prices in 2016 and a decline in spot treatment charges for zinc concentrates.”

“In terms of copper production, we are expediting work to increase the quality of the copper circuit product and resolve certain metallurgy challenges when processing the highly variable primary ore materials,” says Davis.

The concentrate produced from the copper circuit is currently considered “bulk con” which while saleable is not of a quality that would normally be acceptable as a copper concentrate for most copper smelters.

However, the complex mineralogy of portions of the primary ore mined from the Bisha main pit to date has prevented successful clean separation of the copper and zinc ores on a consistent basis so as to produce saleable copper concentrate in any meaningful quantities.

“Test work with the assistance of external specialists is on-going with continued efforts to resolve before the end of 2016,” says Davis.

Throughout September, the processing plant has operated consistently in a manner intended by the Bisha mine, achieving targeted metrics for plant throughput, including successful mechanical and electrical operations, with the production of saleable bulk and zinc concentrates.

As noted, both the existing copper and zinc circuits are producing concentrates, but due to the high zinc content reporting to both circuits, both products are being marketed as zinc concentrate.

The transportation logistics from the mine site to the Massawa port continue to function well and the Bisha mine has made three ocean shipments of concentrate in September for sales totalling approximately US$21 million.

In addition, production and selling costs, offset by the associated sales proceeds, for concentrates produced during the pre-commercial production period will be capitalised against the build cost.

The build cost of the zinc plant was approximately $77 million, compared to a budget of $100 million.