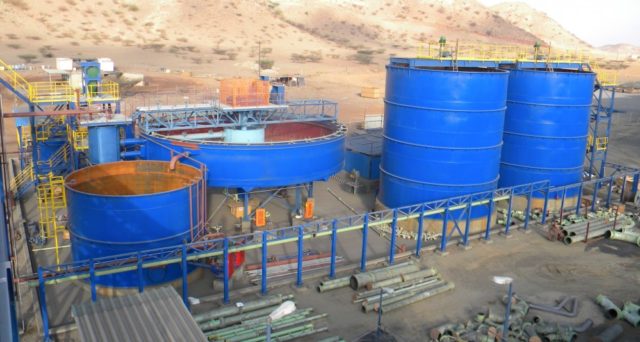 Base/precious metals junior, Nevsun Resources’ subsidiary will be increasing its total land package of exploration licenses to 814 km², up 1 891% from 41 km² in Eritrea.

“The Bisha VMS District remains vastly under-explored. Expanding its exploration land package has been a high priority that required a negotiation with the Ministry of Energy and Mines for extended and improved license terms.

BMSC now has ownership of all of the exploration land in the Bisha district,”states Cliff Davis, President and CEO of Nevsun.

“With greater access to additional high-priority targets and increased time to evaluate results, we have added another key element to our strategy to deliver shareholder value through exploration in this prolific mining district. We are proud leaders in the Eritrean mining industry and believe BMSC’s exploration efforts will deliver mining for decades to come in the Bisha District.”

The Tabakin Exploration License includes the highly prospective area between the Bisha and Harena mining licenses. Given the prospectivity and proximity to the existing process plant and the Bisha mine, BMSC will be permitted to hold the land for ten years before any partial relinquishments.

A number of untested geophysical and geochemical anomalies are present on this property and evaluation will begin immediately.

The New Mogoraib Exploration License provides a fresh start on the relinquishment terms for the entire 630 km² land package and will be subject to the existing relinquishment regime for exploration licenses (three years of no relinquishment followed by two one-year renewals with a 25% annual area reduction beginning after year three).

This additional land package will ensure BMSC has sufficient time to fully test the exploration potential using the successful exploration techniques of airborne geophysical surveys followed by systematic ground and borehole geophysics which have led to the exploration success at Harena and Asheli. BMSC management have already identified one specific high-priority target where drilling will begin in H2, 2016.

ENAMCO has agreed to pay the remaining amount in two installments of $5 million, in each of October 2016 and March 2017.  In exchange for this commitment, Nevsun will no longer be charging interest on the receivable.

As a reminder, the receivable from ENAMCO arose in 2011 when ENAMCO agreed to a $254 million price for the acquisition of a 30% interest in BMSC.

The company has collected the principal and interest (total interest since 2011 is $15 million) from ENAMCO over the past five years. The collection of this receivable is a good example of the State of Eritrea demonstrating that it is a reliable jurisdiction for foreign direct investment.

The additional investment by Nevsun in this exploration land package demonstrates our belief in the Bisha district, our confidence in operating in Eritrea and our strong relationship with the State of Eritrea.