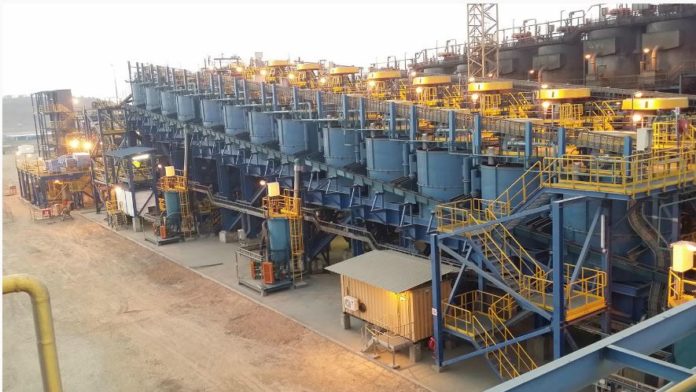 Eritrea – Nevsun Resources says that the new zinc flotation plant was completed on time and well under budget and adds to the existing copper flotation.

The company has now begun the hot ore commissioning of the combined zinc flotation plant and explains that the mine will now continue to produce both copper and zinc for the remaining current nine-year primary reserve life.

“In the meantime, we will continue to accelerate the monetization of the DSO high grade gold equivalent stock piles so as to augment cashflow during 2016,” he says.

This Bisha zinc expansion project will average over 100 000 tpa of zinc and 20 000 tpa of copper for the next nine years from mid-2016 and has excess capacity to absorb additional feed that might come from additional deposits without yet defined mineral reserves from Bisha deeps, Harena or Asheli.

Construction of the zinc expansion project is now complete.

The project included replacement of the copper regrind mills with a new, more efficient IsaMill, identical to the regrind mill in the zinc plant.

The commissioning process is anticipated to take no more than three months to complete and will allow Nevsun Resources to optimise the efficiency of the plant and maximise recoveries of copper and zinc in their respective concentrates.

The company believes that some relatively minor fixes may need to be completed over the next few months as the plant is trialed, and final project costs will be reported in due course. The company currently estimates the cost to be less than $80 million against a budget of $100 million.

As the total tonnage of copper and zinc concentrate produced going forward is expected to be similar to total copper concentrate quantities in 2015, there is no need for additional transport or shipping infrastructure upgrades. The existing Rotainer trucking and loading system used to load, transport and unload concentrate materials for shipping continues to operate safely, efficiently and in an environmentally sound manner.