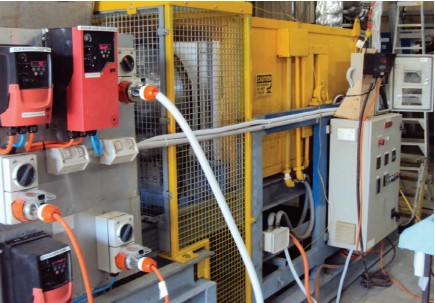 Tanzania – The plant is specifically for the high grade concentrate produced during the beneficiation pilot plant operation from Ngualla’s mineralisation.

The operation of this final pilot plant will complete the demonstration of the three stage process flowsheet that takes Ngualla’s unique bastnasite mineralisation through to high purity separated rare earth products.

The operation will provide vital operating and design parameters for incorporating into the bankable feasibility study (BFS).

The plant has been commissioned at ANSTO’s Lucas Heights piloting facility near Sydney. A total of two dry tonnes of concentrate, produced by the successful beneficiation pilot plant has been transported to ANSTO.

This concentrate grades >40% REO and was produced from typical weathered bastnaesite mineralisation representing the first six years of mine production from Ngualla.

The pilot plant will demonstrate the new selective leach flowsheet developed by Peak Resources, a flowsheet that is a significant improvement on the previous preliminary feasibility study (PFS) process.

Advantages of the new leach recovery flowsheet compared to the PFS

After roasting and a water wash, a low strength (<1%) hydrochloric acid leach selectively targets the desired high value rare earths (neodymium and praseodymium) whilst rejecting large amounts of the low value rare earth cerium and impurities such as iron.

The full scale operation is small and low tonnage with only 5 tonnes per hour of feed to the circuit.

The bastnaesite concentrate is mixed with a common alkali and roasted in a standard tube furnace at temperatures in excess of 700°C. This is a dry, free flowing process in contrast to the “sticky” acid baking process employed for monazite or xenotime hosted rare earth concentrates.

The fluorine present in the bastnasite, which would be problematic to downstream purification and separation processes is converted to a soluble form during the alkali roast process and is easily removed using a simple water wash. The filtered solid is then suitable for selective leaching.

A low strength (<1%) hydrochloric acid leach selectively targets the desired rare earths (neodymium and praseodymium) whilst rejecting large amounts of low value cerium along with gangue elements such as iron. The mild leach temperature of 80°C and mild acidity allows low cost polymer tanks to be used both in the pilot plant and at commercial scale.

Residual leach impurities are removed by precipitation using lime slurry. The precipitate is removed from the solution using simple filtration. The resulting filtrate is depleted in cerium but high in neodymium and praseodymium and is suitable for feeding to the final stage solvent extraction separation circuit.

In addition to demonstrating the robustness of the developed flowsheet at pilot scale on a continuous basis, valuable design data will be obtained for engineering and supply of vendor packages for the BFS.