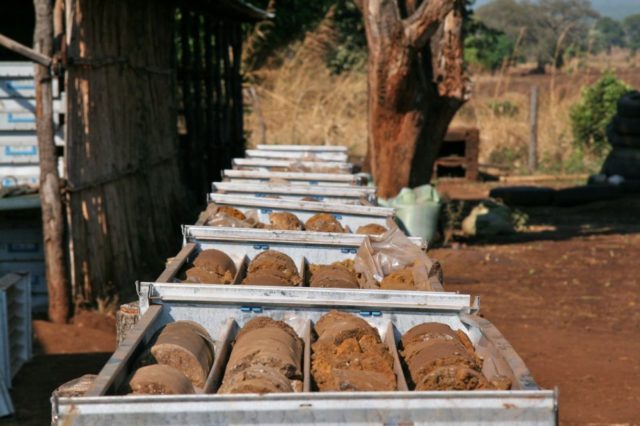 The new flowsheet has been successfully trialled on the high grade concentrate produced by the beneficiation pilot plant and is a significant improvement over the flowsheet developed during the Preliminary Feasibility Study (PFS).

Peak Resources has completed extensive test work on the high grade mineral concentrate and a new flowsheet has been developed that achieves the following outcomes:

This process has been developed in house by Peak’s metallurgical team and optimised at Nagrom in Western Australia and ANSTO Minerals (ANSTO) in New South Wales. ANSTO has been selected for piloting the new flowsheet and construction of the pilot plant is nearing completion.

Peak Resources MD Darren Townsend commented “The development and implementation of the improved leach recovery flowsheet builds on the strengths of the beneficiation process recently piloted by Peak. We look forward to updating the market on the operating cost and capital costs of the Ngualla project in the first half of 2016.”

The previous PFS leach recovery flowsheet was based on treating a medium grade (~17% REO) concentrate with a high content of acid soluble iron. A “double sulphate” route was employed to reject the dissolved iron whilst increasing the rare earth concentration in the feed to the solvent extraction (SX) separation feed solution.

Improvements in the beneficiation process as proven by the recently completed pilot plant has increased the concentrate grade almost three fold to ~40% REO over the PFS case as well as rejecting significant quantities of acid soluble iron.

As a result, alternative flowsheet routes were evaluated, with the “alkali roast” flowsheet being selected for the Bankable Feasibility Study (BFS) based on the following advantages: