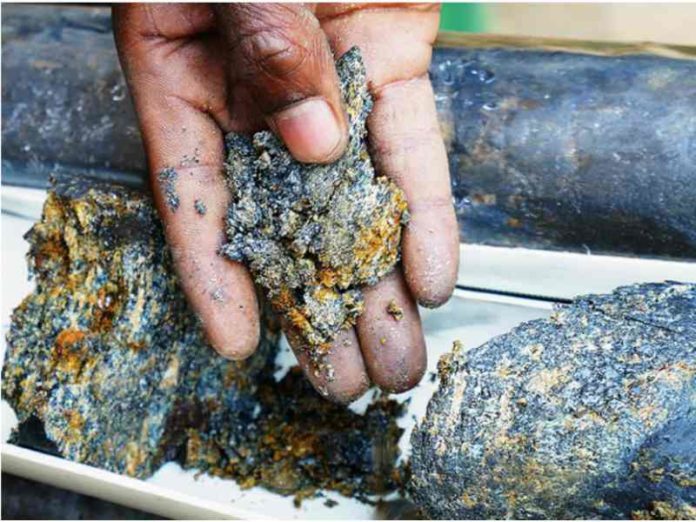 The PFS has been designed to build on the outstanding results delivered in the Scoping Study, which highlighted the potential for a very low capital and operating cost operation with annual graphite concentrate production of ~44 000 tonnes over an initial mine life of 17 years.

Engineering: DRA Global (Minnovo in Perth) has been selected as the graphite project engineering consultant and have started a review process of historical project information.

DRA have significant experience in the development of graphite operations in Africa and North America.

Mining: Pit optimisations have been completed and preliminary mine schedules developed.

Requests for quotes have been sent to mining contractors for costing purposes. Detailed mine design will commence shortly.

Resource drilling: 210 holes for 6,212 m of aircore drilling was completed in late 2017, with the first batch of high grade aircore results released to the market.

Further assay results to define and upgrade the resource classification levels and to test graphite mineralisation at Malingunde South Extension and other targets will be reported as they become available.

Processing: A program to test the suitability of a scrubber in place of primary crush and mill units at the front-end of processing is progressing well.

Variability testwork has also commenced, with results from both programs to be reported once received.

Infrastructure: A location study for the tailings storage facility, waste dumps, stockpiles and processing plant has been completed and preferred options selected.

Social: The first round of stakeholder consultations has been completed. A second round of consultations will commence after the submission of the Scoping Study report.

An inauguration ceremony for the bores involving the community, government and NGO representatives was recently held.

PFS on schedule: The PFS remains on track for completion in mid-2018, with certain work programs designed to continue directly through into the DFS stage.