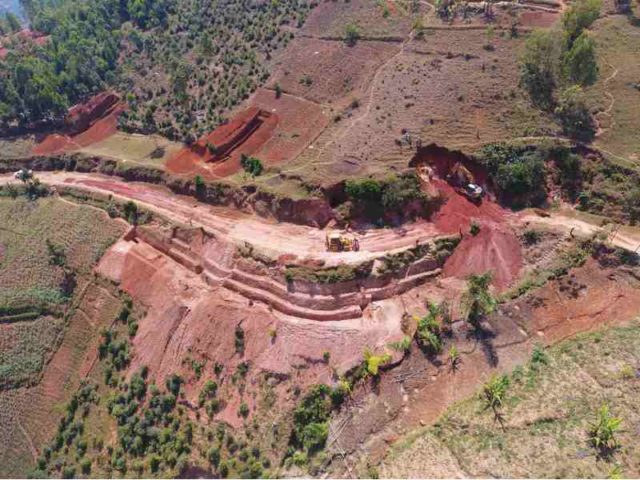 At this size, Gakara – Africa’s only producing rare earth mine, is verified as a large-scale deposit which comprises three areas (Gasagwe, Murambi South and Gomvyi Centre) which are very high grade vein stockwork deposits – totalling 12 491 t of total mineral resource at an average TREO grade of 55% (compared to average rare earth project grades of c.1-4% TREO).

The mineral resource is based on only four out of the 28 mineralised prospects across Rainbow’s existing mining licence – indicating significant further upside for future exploration.

“We are pleased to announce the maiden JORC-compliant mineral resource estimate for the Gakara project, on time and on budget.”

“Three of the areas [as outlined] alone will provide over two years’ head feed for our planned ramp-up to 5 000 t concentrate, and we will of course continue to explore these deposits further.”

The most recent previously-published technical report relating to the project by Rainbow Rare Earths was the ‘JORC Competent Person’s Report for the Gakara REE Project, Burundi’ compiled by The MSA Group and dated 30 September 2016.

This was included in the Prospectus published in connection with the company’s IPO on the London Stock Exchange in January 2017.

Since then, a considerable amount of work has been carried out at the project, including Greenfields and Brownfields exploration, drilling, mining, ore processing test work, modelling, and ore processing and concentrate production.

This work has produced a significant amount of new technical information and data that have materially changed the understanding of the ore deposit and the REE mineralisation it contains, and has enabled the calculation of a maiden mineral resource estimate.

Following further regional mapping work carried out since the publication of the CPR, Rainbow’s REE occurrence database has increased from approximately 800 records to over 1 200 records.  Of these c.1, 00 occurrences, some 840 are in-situ, an increase of some 320 records from the 520 data points used by MSA.

Employing a consistent methodology and estimation criteria to that which was used by MSA on the enlarged data set has seen an update of the exploration target to between 34 400 and 137 500 t, representing an increase of over 70%.

The Kiyenzi deposit is characterised by the presence of REE mineralisation in the form of breccias.  Kiyenzi can in simple terms be described as a lower grade but large volume deposit.

The REE-bearing bastnaesite/monazite are present in large breccia units, but also as large cleaner veins, as thin to microscopic veins and perhaps as xenocrysts within the host rocks. The ‘invasion’ of REE-rich fluids in the aplites and gneiss has generated a large mineralised body, in the form of a voluminous intrusion such as a pipe.

The host rocks (gneiss and aplite) are hard, but heavily fractured, such fragmentation being likely the effect of a violent hydrothermal or phreatomagmatic process which would have also caused the formation of the breccias.  The morphology of such complex deposit can be visualised as a ‘breccia pipe’, commonly described in the literature as a form of manifestation of a carbonatite system.

At present, Rainbow Rare Earths has identified this deposit type only at Kiyenzi within the mining licence area.