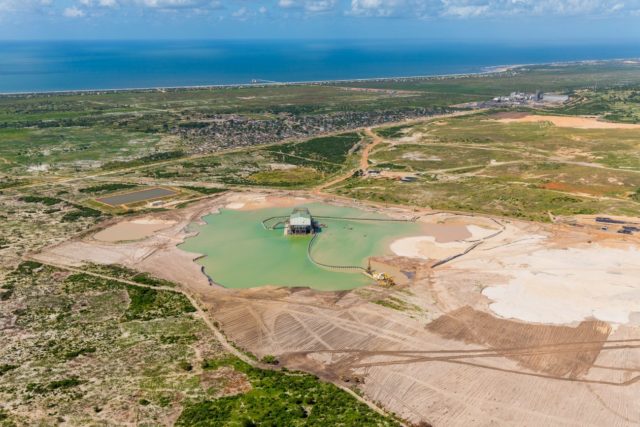 Mineral sands miner Kenmare Resources, operator of the Moma titanium minerals mine in northern Mozambique, has commenced with the relocation of its Wet Concentrator Plant (WCP) B.

Kenmare has three development projects in play that together have the objective of increasing annual ilmenite production to 1.2 Mtpa (plus co-products) on a sustainable basis from 2021, with the move of WCP B to the high grade Pilivili ore zone being the final project.

The increased production is expected to significantly lower cash operating costs to between US$125 and US$135/t (in 2020 real terms).

Consequently, from 2021 the Group expects to be positioned in the first quartile of the industry revenue to cost (or margin) curve, supporting stronger free cash flow generation and providing for increased shareholder returns.

WCP B is being moved 23 km from its previous mining area at Namalope to a new high grade ore zone called Pilivili. It is being transported along a purpose-built road using platform vehicles called self-propelled modular transporters.

The relocation of WCP B and its dredge are being undertaken by a global specialist heavy lifting and transport contractor.

Mining at Namalope completed in late August. The WCP and its associated dredge have now been successfully placed on the concrete plinths in the relocation pond and the pond has been dewatered.

The dredge and the WCP are to be moved in two stages. The first stage involves the movement of the dredge, this is now underway and expected to be completed this week.

Once the dredge has been relocated to Pilivili, the self-propelled modular transporters will return to Namalope to transport the WCP along the same route. The physical relocation is expected to be completed in the next few weeks.

“Once WCP B and the dredge reach Pilivili we will begin the process of re-establishing them in their new location and we expect mining to commence at Pilivili during Q4, 2020,” says Michael Carvill, MD of Kenmare Resources.