Bloomberg News reports that the claim – which is being submitted to the Chamber of Mines of South Africa – involves workers at companies including Anglo American plc, BHP Billiton Limited, AngloGold Ashanti Limited and Gold Fields Limited. South Africa is the world’s third-biggest gold producer and the largest supplier of coal to European power plants. Its annual rate of inflation is currently 8.6%.

“We believe that inflation-linked pay increases do not constitute real increases,” union spokesman Lesiba Seshoka said in a telephone interview with Bloomberg. “We are not looking for inflation plus one percentage point,” he said, declining to say more about the demands.

Wages account for about half of the costs for South African gold mining companies, which operate the world’s deepest mines using labour-intensive methods. They have also been affected by a 27.5% increase in power prices last year and an overall inflation rate that rose as high as 13.7% in August.

“About 160 000 gold miners and 30 000 coal workers will be affected by the talks over a two-year wage agreement,” said Elize Strydom, a negotiator for the Johannesburg-based chamber of mines. “Times are tough for the mining industry,” she added.

While the dollar-denominated price of gold has declined by 5.2% over the last year, it has gained 9.7% when measured in rand after the South African currency declined against the dollar. South African producers sell much of their output for dollars while paying most costs in local currency.

Coal producers in the country, such as Anglo, BHP and Xstrata, have been affected by a 41% decline in the price of the fuel exported from Richards Bay over the last 12 months, according to McCloskey Group Limited. Still, much of their output is sold to Eskom Holdings Limited, the national power company, at pre-set prices. 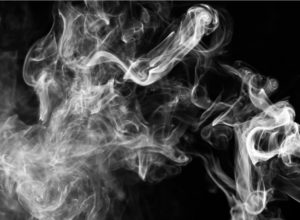