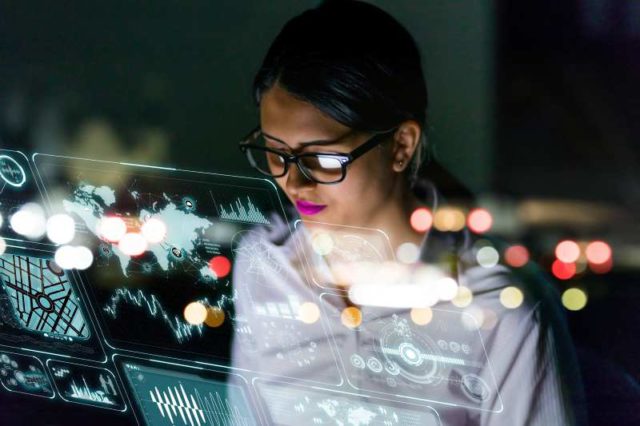 South Africa’s mining policy has undergone a revolution in the past two or three decades but the country now needs to get on board the fast moving train that is Industrie 4.0.

This sentiment was echoed recently by Mineral Resources Minister Gwede Mantashe, in which:

He warned that the South African mining industry must carry out skills development to prepare itself and its employees for the Fourth Industrial Revolution (Industrie 4.0).

Automated mining activities were no longer scarce, he pointed out;
Industrie 4.0 was coming.

He highlighted that, while Industrie 4.0 was destroying old jobs, it was also creating new jobs. The country’s mines had to develop new skills as a result.

He then devoted the rest of his speech to stressing the need for technology to improve mine safety and some further comments on transformation in the sector and the mining charter.

It is interesting to note that these comments were made in the keynote address to a colloquium hosted by the University of Pretoria, in partnership with the Minerals Technology and Beneficiation Science Council (Mintek).

Mintek is partially state-funded institution, which also also does research for many private sector funded initiatives.

According to its website, it is divided into a number of technical divisions, including:

Institutions such as Mintek could potentially become vehicles for funding and developing initiatives that could lead the minerals industry in South Africa to become a leader in Industrie 4.0 innovation.

Another state funded institution, the Council for Scientific and Industrial Research (CSIR) is already showing the way in this area, illustrated in a recent article authored by Daniel Visser that appeared in a special report in the Mail and Guardian on 15 December 2017.

The article is entitled:

“Fourth Industrial Revolution is upon us Is South Africa ready?

He goes on to list some initiatives that the CSIR is pursuing in this area, which include the following :

He further observes that:

The next big component of the FIR is advanced manufacturing.

A number of these technologies, for example, 3D printing, laser welding and advanced joining, are already well established in this space, but it is predicted that they will become increasingly more pervasive in manufacturing and also more integrated in products of the future.

In-so-far as the mining industry and innovation and beneficiation is concerned, he has also said that the CSIR has just started a nano-micro manufacturing initiative that researches the integration of multiple technologies and defines whether new product types can be manufactured with them.

South Africa is currently the leader on the continent in terms of national readiness to adopt and implement these technologies and these could, in turn, have a significant impact on national competitiveness, export potential, job creation and economic transformation.

He states that the machine is currently the largest of its kind globally and is designed to be scalable, and that the development has mostly been with titanium alloys to enable additive manufacturing for lightweight aerospace components.

It may also be worth reflecting on a recent initiative by the West Australian government in this field where they recently announced a public private partnership to develop a battery manufacturing industry in West Australia.

We believe that government should be spearheading initiatives like this for the minerals industry, both at the CSIR and at Mintek as these two excellent state-funded institutions are well placed to develop collaborative models with the private sector.

We are hopeful that the government will use its influence and funding to promote initiatives in the minerals sector that will give impetus to projects that can capitalise on the new technologies of Industrie 4.0 .

Perhaps the Minister’s recent speech quoted above was a missed opportunity to announce that that some projects are underway, or will be considered?