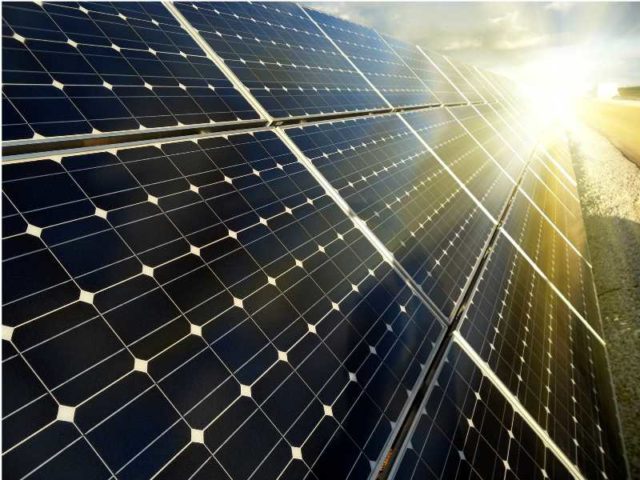 Investing in the establishment of one of the world’s most advanced automated underground gold mines is a major undertaking for any mining company.

Impressively, ASX/LSE-listed junior miner Resolute Mining is doing it at its Mali-based Syama gold mine – successfully.

To demonstrate its commitment to, and investment in, transitioning towards becoming a truly new-age mine, the company has taken another step forward and secured an agreement to power the gold mine with a new solar hybrid plant, CEO JOHN WELBORN tells LAURA CORNISH.

Despite its strong historical gold production profile, Syama’s metallurgy and remote location have, until more recently, always presented challenges for the operation.

“While Resolute had successfully overcome these difficulties when I joined the company about four years ago, I still saw an opportunity to improve the gold mine further and see it transition into a more competitive, lower cost profile mining operation,” Welborn starts.

Having quickly realised that new technologies could deliver on this objective, Welborn and the Resolute board confirmed two major projects – the first to automate the Syama underground mine and the second to reduce power costs, which is currently one of the largest cost drivers for the entire operation.

With a 28 MW diesel-fired power station in operation, Resolute Mining undertook a number of studies to investigate the best power generation alternative.

“Having done preliminary work on connecting to power via the West African Power Pool’s gas-fired power stations in Côte d’Ivoire, the multi-jurisdiction challenge was not the obvious choice,” Welborn reveals.

“We instead determined a solar hybrid power solution – which power generating specialist Aggreko offered incorporating the most suitable technologies – the ideal option and partner company to work with,” he continues.

What will be the largest combination solar, thermal/heavy fuel oil (HFO) and battery storage energy generation solution for a mining project once complete, will secure significantly lower costs and reduced carbon emissions and offer a longer-term sustainable power source for local communities.

The arrangement between Resolute Mining and Aggreko, signed in December 2019, entails a power supply agreement (PSA) whereby Aggreko will build, own and operate the new solar hybrid modular power station at Syama – enabling Resolute to purchase the power through an offtake contract.

The PSA stipulates that Resolute Mining will pay a levelised cost of energy tariff of US$0.15/kWh, based on current heavy fuel oil prices. This cost compares favourably with the mine’s current energy cost at Syama which ranges between $0.23/kWh and $0.26/kWh (based on prevailing diesel prices).

“This equates to long-term electricity cost savings of up to 40% while reducing carbon emissions by approximately 20%,” Welborn highlights.

“Preliminary work on site has commenced already – including ground preparation establishing connection and junction points for the power station.

“The thermal generators are also already in construction with the intent of having them installed and operational by December 2020,” Welborn confirms. This work, which Resolute Mining is financially responsible for, equates to a mere US$5 million.

These units will be fuelled using a refined HFO (IFO 180) and will also have the capability to run on diesel as a backup fuel providing greater contingency to the operation.

The thermal generation is based on Wärtsilä 32 engines, will be implemented in partnership with Aggreko and Finland-based power source component company Wärtsilä Corporation (Wärtsilä).

Stage 2 will include a 20 MW solar array which will be constructed on the surface of the existing Syama tailings storage facility (TSF), thereby maximising positive environmental outcomes and augmenting Resolute Mining’s rehabilitation programme.

The solar array will enable the 10 MW battery storage system to manage the solar power contribution to the overall Syama power system and smooth out fluctuations in solar power output to facilitate integration into the hybrid system.

The timeline on commencement of the solar component will depend on the decommissioning of the existing TSF and is expected to be completed during 2023.

“Yet again this is another example of how we are working smartly to maximise on the benefits associated with this technology, which will not require additional space for its establishment,” Welborn highlights.

Higher risk tolerance, but well worth it

A junior with the risk appetite to fund work that has never been done before is a rarity, but one that Welborn believes will deliver massive investment return in the long-run.

“Developing one of the most advanced mining automation systems in the world, and delivering the largest solar hybrid power plant solution for a gold mining project in the world is demonstrating our first mover advantage, but the benefits will be worth the effort – for the business, and all other stakeholders,” he emphasises.

Read more about about Syama mine

And while financial gain and reductions in carbon emissions are the priority for the power project in particular, Welborn is enthusiastic about the upliftment opportunities it offers the communities.

Resolute Mining and Aggreko have agreed to jointly fund community power investments in the Syama region as a joint corporate social responsibility initiative in a region with no available power grid and limited, unreliable electricity available in local villages.

The provision of electrical power to remote communities has a positive impact on a wide range of factors including improved health, better educational facilities, and an improved standard of living and through solar technology can last well beyond the current 15-year lifespan (based on current reserves) of the mine.