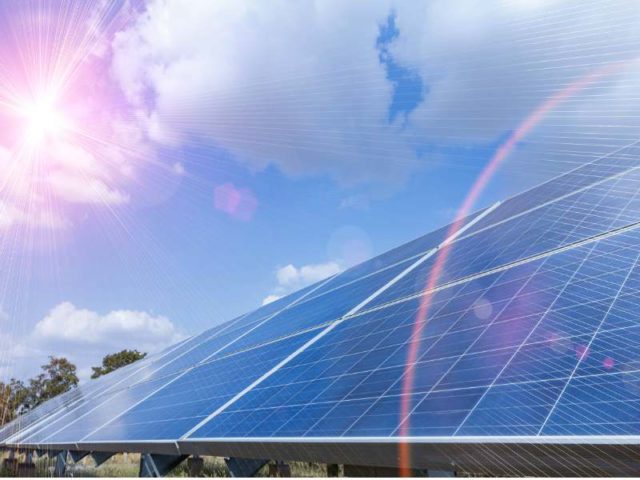 Zimbabwe’s Great Dyke will over the next few years become home to a new integrated mining and refining complex, the development of which will represent one of the largest investments in the country in decades.

Included in this venture is the establishment of a 300 MW solar photovoltaic plant which will, via the national grid, indirectly power the entire operation, writes LAURA CORNISH.

Known to be one of the richest PGM resources in Africa and possibly the world, an untapped 23 903 ha of land in Zimbabwe’s Great Dyke region fell under the spotlight for the first time (in June 2018) when South African PGM miner Tharisa announced its US$4.5 million acquisition of a 26.8% shareholding in local company Karo Mining Holdings, giving it access to a tier one PGM and base metal resource.

The Great Dyke of Zimbabwe contains the world’s largest known PGM deposits outside of South Africa.

Karo Mining Holdings and the Zimbabwe government entered into an Investment and Framework Agreement on 22 March 2018 under the terms of which Karo Mining Holdings has undertaken to establish an integrated mining and refining complex that that could generate up to 15 000 direct jobs across the value chain.

The first of the projects will take place through Karo Platinum, an indirect 50% held subsidiary of Karo Holdings. It has been awarded the PGM mining rights under a special grant covering the 23 903 ha in the Mashonaland West District of Zimbabwe.

This area of land was recently released by Zimbabwe Platinum Mines (Zimplats) from its mining lease area in support of the government’s efforts to enable participation by other investors in the platinum mining industry in Zimbabwe.

The remaining 50% shareholding in Karo Platinum will be held by an investment company wholly owned by the government of Zimbabwe.

Tharisa has agreed to provide a $8 million debt facility to Karo Platinum for the initial geological exploration and sampling work to determine a compliant mineral resource.

Tharisa will manage the exploration and oversee the subsequent bankable feasibility study.

A comprehensive exploration programme will confirm and delineate the PGM ore body.

This will be accompanied with a number of techno-economic studies resulting in a detailed bankable feasibility study for what will be known as the Karo project.

Karo Platinum will be responsible for the open cast and underground mining of the platinum concession, anticipated to be approximately 14.4 Mtpa of ROM ore.

The conceptual designs are based on the operation of four open pit mining operations that will transition to underground operations.

Shining a light on power

Through its shareholding in Karo Mining Holdings, Tharisa also has an option to participate in the other downstream projects through discounted farm-in arrangements at a later stage.

The planned integrated mining and refining complex will also encompass precious metals and base metals refining and the establishment of a 300 MW solar PV power plant.

Appointed to oversee the establishment of the solar PV plant is George Bennett, a man well known to the mining industry.

Having successfully re-established and re-built engineering power house MDM Engineering which he later sold in 2014, (it was acquired by AMEC Foster Wheeler), he has shifted his focus into the energy space and specifically renewable energy.

“The world is looking to clean energy for its future power requirements and this is a field that is open to significant opportunities, especially in Africa with its natural solar and wind resources,” Bennett states.

Bennett is the founder and CEO of African Energy Initiatives which will deliver the solar PV plant for the Karo Power project together with its South Africa-based technical partner Atlantic Energy Partners, a company which specialises in the delivery of renewable energy plants.

African Energy Initiatives agreed to a deal with Karo Mining Holdings subsidiary Karo Power Generation in July 2018 to deliver the full 300 MW solar PV plant which will feed energy directly into the national grid which will be enough to supply power for the entire complex.

As African governments look to boost their own power generation through renewable energy, the addition of a solar power plant for the Karo project makes obvious sense.

Bennett has also been appointed the CEO of Karo Power Generation to help drive the project forward and African Energy initiatives will ultimately partner Karo Power.

“Zimbabwe’s minister of mines has already authorised the 300 MW solar PV power project and our focus from this point onwards will be to attain the necessary legislative requirements and then to register the project as an independent power producer and secure a bankable power purchase agreement which thereafter will enable the fundraising process to begin,” Bennett outlines.

Both Nigeria’s African Finance Corporation as well as the Industrial Development Bank of Zimbabwe have indicated their interest in contributing financially to the project.

The initial steps will be to construct the first 50 MW module, which Bennett hopes to start by the end of 2019 after which another 50 MW module will follow.

The solar plant will feed energy into various sub-stations, the first will be at the nearby town of Selous.

For now, Bennett has already proven his capabilities in delivering on such a project through the successful establishment of a 5 kWh pilot plant on mine site which Zimbabwe President Emmerson Mnangagwa visited to personally celebrate by ‘turning on the switch’ of the pilot plant. The pilot plant’s power has been donated  a local school. 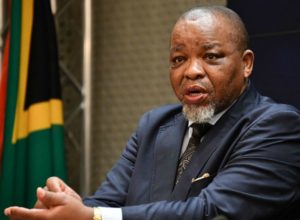