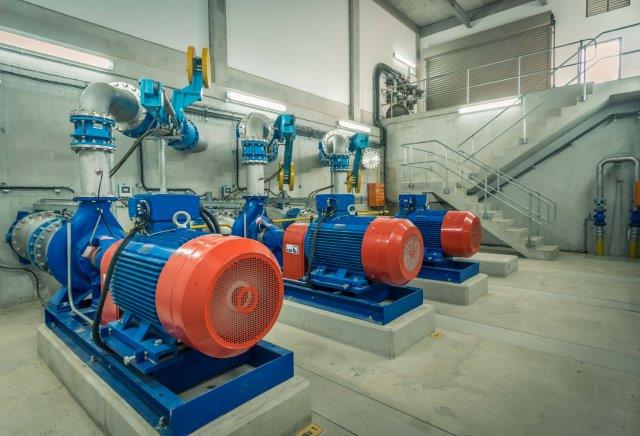 “Not only is it vital that South Africa continues to invest in the development of its physical infrastructure systems, we must also invest in the people who manage these system and maintain our critical ecological infrastructure such as wetlands, catchments, groundwater aquifers, and river systems,” Aurecon Technical Director James Cullis (Pr Eng, PhD in Civil and Environmental Engineering) comments.

Aurecon is currently in the process of rebranding as Zutari, after officially announcing the separation of the African business from the Aurecon Group, effective from 1 January 2020.

Local world-class initiatives include the Working for Water (WfW) programme, administered by the Department of Environmental Affairs (DEA), and the Working for Wetlands joint initiative by the DEA and various other bodies, as well as the recently-established Greater Cape Town Water Fund.

South Africa has always been a water-stressed country, and as a result has developed a complex and highly integrated bulk distribution system.

Johannesburg is the only global city to be located on a continental divide, while South Africa has one of the highest numbers of large dams per capita globally. Therefore, the country’s resource expertise and legislation is respected globally.

“Investing in technical and institutional capacity, improved operations, efficiency, and the development of decision support systems is particularly important as we become increasingly dependent on these more complex and stressed supply systems.

“We also need to balance the trade-off between competing demands for an increasingly scarce resource. Financial constraints and a lack of capacity and accountability for the management of our resources is a constraint requiring innovative solutions, particularly in Africa,” Cullis elaborates.

There are still significant opportunities for improved efficiency through replacing old pipes, reducing leaks, and by implementing new technologies such as low-flush toilets, improved irrigation systems, and pressure-management devices.

The future will see a transition to more diverse and alternative water-supply options. In particular, the potential for increased reuse of wastewater for both direct and indirect purposes has many advantages.

This is increasingly recognised as an important supply option for the future, particularly for landlocked countries or regions, including Gauteng.

Demand management will, however, continue to be an important component for managing the variability of supply.

“It is clear that the private sector will have an increasing role in coming up with long-term water solutions,” Cullis adds.

Trends include a general move towards more decentralised supply and treatment solutions, similar to what is happening for energy, but the private sector will also be critical in terms of providing the financing as part of Public Private Partnerships (PPPs).

“We are also assisting municipalities in terms of access to financing, development of their digital transformation strategy, and the development of decision support systems to improve operational efficiencies and reduce losses,” Cullis concludes.

A leader in the design and implementation water and wastewater treatment plants in South Africa, Aurecon has also undertaken the design and construction supervision of many large bulk water-supply systems.

“We maintain one of the largest group of professional engineers in South Africa, if not in Africa,” Cullis highlights.

At present, Aurecon has over 200 professionals in Gauteng and Cape Town, with regional offices in all the major metros in South Africa, and in various other countries in East, West, and Central Africa.

“We are also committed to assisting the Department of Water and Sanitation (DWS) with the implementation of its ten-year masterplan, and in supporting countries across Africa in achieving their Sustainable Development Goals and adapting to the impacts of climate change,” Cullis highlights.

The company is a trusted advisor to major municipalities and water boards and water utilities. It is currently the International Support Consultant developing a resource plan for the Ministry of Water and Irrigation in Kenya.

Aurecon has also contributed to a number of national and regional climate-change studies, including the Long-Term Adaptation Scenarios (LTAS) flagship research programme, and the CSIR’s Greenbook for climate risk for municipalities.

It also provides engineering services to other sectors, including stormwater and flood modelling support for disaster relief, the built environment and transportation sectors, mine-water balances, treatment and bulk conveyance for the mining sector, and feasibility studies and design for hydropower assets across Africa.

Aurecon also maintains strong links with universities, where it actively supports research in the sector.

Its engineering services are grouped into five main practice areas: Water resources (including flooding and stormwater), bulk infrastructure (pipes and pump stations), dams and hydropower, water, wastewater and industrial treatment, and water for industries (including mining).

A number of projects have also won awards for innovation, with the most recent including the Stortemelk hydropower plant, the Leliefontein Pump-as-Turbine (PAT) water-energy solution, and the Meulwater and Preekstool water-treatment plants.