The switch from fossil fuels to renewable energy alternatives and the electrification of energy is one of the key elements of delivering carbon neutral economies.

Batteries are set to play a critical role in delivering this low-carbon future, largely as a result of the critical role they will play in transforming the future of the transport, by rapidly accelerating the adoption of electric vehicles (EVs) and the decarbonisation of the electricity grid.

Listen: How to reduce reliance on grid power in Africa?

Limiting climate change to 2oC (or even lower) requires both the transport and power sectors to significantly decarbonise by 2050.

Batteries represent both the most feasible alternative to fossil fuels in many transport modes and an important way to balance the intermittency of wind and solar electricity generation.

Investors seeking to play this transformation should focus on material battery developers, manufacturers and deployers.

These are the conclusions of Edison Group’s latest report into the sector, ‘Battery charge: The rise of lithium-ion—options and implications.’

For years, the role of the lithium-ion battery remained in question, with those attempting to realise its full potential inevitably confronting barriers in manufacturing, cost and market acceptance.

However, the chemistry involved in the manufacturing process is rapidly improving and we expect the engine of the market’s performance gains to be improvements in chemistry and design.

This will lead to cost decreases, allowing the battery—previously too costly to be viable in many industries — to become a powerful disruptor.

Advancements in anode materials have led to storage improvements of up to 181% and charging speeds of as little as six minutes while cathode developments have led to a 44% capacity increase.

Additionally, though still in its early stages, the arrival of solid-state technology in the future promises to revolutionise the applications of lithium-ion batteries by making them smaller, more efficient and safer.

We see the lithium-ion battery market trebling in the next decade.

The question is not if but when we can expect sectors such as transport, raw materials, nickel (class 1), oil and gas, as well as power to see the implications of the battery’s rise.

The lynchpin of this change will be lithium-ion reaching price parity with fossil fuel equivalents by the mid-2020s.

Transport will see significant impact from soaring demand for EVs

It is difficult to understate the size of the transformation that will occur.

Arguably the shift to EVs will be one of, if not the most significant industrial transitions in the next 30 years.

Many (mostly European) countries have set long-term targets to ban the sale of petrol/diesel cars and over 94 cities (700 m inhabitants) have announced plans to restrict them.

Car makers are gradually responding, spurred on by ever stricter CO2 emissions targets. Our research forecasts that EVs (including hybrids) will account for 38% of new car sales by 2030, with growth expected in other transport modes along with the electricity sector.

Our findings make it clear that the rise of the EV is an inevitability rather than a possibility. We believe investors should be asking themselves when, not if, EVs will start to dominate the market.

The key to this conclusion is in the price of batteries versus fossil-fuel competitors. Since 2010, the price of lithium-ion battery packs has fallen on average 18% a year to $176kWh in 2018.

Investors can safely expect EVs to reach price parity with fossil-fuel alternatives by 2024 in most markets.

Once this line has been crossed, it will be cheaper for car makers to sell EVs on average, which should result in an increased adoption rate across markets.

Assuming there are no significant policy changes in this time, we expect China to account for 50% of the market by 2030 and penetration of new sales reaching almost 50% in Europe, with the US coming in somewhat lower at 30%.

The wider acceptance of EVs as an alternative to fossil fuels additionally stands to significantly reduce the amount of CO2 emissions put into the atmosphere annually.

If more governments treated climate change as an urgent issue and made meaningful responses in the form of policies (subsidies, taxes, targets combined with charging infrastructure investment and parking incentives), these estimates would substantially increase.

Batteries will play a critical role in decarbonising the electric grid

We also expect to see batteries play a crucial role in the decarbonisation of the electric grid.

If national climate objectives are realistically going to be met all of this power must come from intermittent sources such as wind and solar power.

This will then result in an increased demand for rapid storage growth to ensure power consumption needs are met, even when power sources are not producing energy.

While the role that storage will play in the energy has yet to be defined, we have already seen significant investment into infrastructure in countries such as Australia, and the National Grid estimates the UK will need a further 8GW of storage by 2030.

Investors’ have an attractive power-play

While some investors may worry about the disruption lithium-ion batteries threaten to cause oil and gas industries, they also present great opportunities to capitalise on a new industry still in a relatively young phase.

Investors who want to gain direct exposure should look to these different parts of the supply chain for opportunities:

Material developers/suppliers: This includes not only the mining sector (lithium, cobalt and nickel) but also companies, such as Versarien, Nabaltec, IBU-tec and Ohara, are developing better materials to drive battery improvements.

Battery manufacturers: The market is still relatively fragmented, which means that scaling will be a key marker in the drive towards cheaper batteries. As some manufacturers grow, it will also put pressure on smaller competitors to expand. Two to watch are LG Chem and CATL.

Battery developers: There are two key players here—Tesla and BYD—but investors looking for other avenues into this sector can look to energy storage funds like GRID and GSF.

The report highlights 36 companies that we believe would benefit from the above scenarios and which we think worth investors considering.

Dan Gardiner, Director at Edison Group and author of the report, says:

“It’s clear from our research that it’s not a case of if but when demand for lithium-ion batteries will rocket and trigger the most significant industrial transformation in decades as the demand for electric vehicles soars and there is a further significant impact on sectors across the economy, such as power, raw materials and oil and gas.

“Investors looking to play this theme have multiple opportunities to do so and we recommend they should focus on material battery suppliers, manufacturers and developers.” 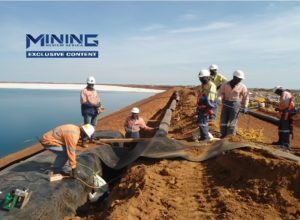