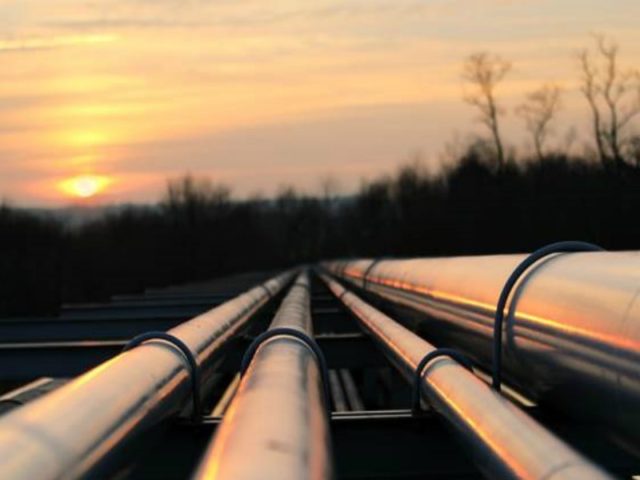 Southern Africa is facing an energy crisis. Rolling power outages and blackouts throughout the day caused by electricity shortages are hampering both industry and investment.

This is not short term issue either. The ways things are going, by 2030 some 530 million Africans will still lack adequate power supply.

Driven by ESG concerns from both government and financiers there’s been a move away from coal fired power. Now with the region’s coal fired generators at the end of their lives — being 40, 50 or even 60 years old — they are not being replaced.

The region does have a budding renewables sector, yet it is underdeveloped and often affected by drought.

So while working towards more sustainable power sources, the pressure is on to find a solution to the growing regional power shortages.

For now, the supply gap is being at least partially filled in the short to medium term by expensive diesel fired power generation. However, all signs point to Gas to Power being a more permanent solution to Southern Africa’s energy woes.

ASX-listed Invictus Energy (ASX: IVZ) has a project that could hold the answer to Southern Africa’s energy issues.

It’s early days for Invictus Energy, and the company has not yet undertaken exploration drilling on its acreage, however what it does know at this stage is that its project contains potentially the largest, seismically defined, undrilled structure onshore Africa.

Here, and elsewhere around the world, gas is becoming an increasingly important supply of reliable and clean energy.

EY, in its report “Natural gas in Africa, The frontiers of the Golden Age”, speculate that the “world may be poised at the beginning of the Golden Age of Gas”, as natural gas is the only fossil fuel whose share of the global energy mix is expected to grow, driven by developments on both the demand and the supply side.

While the industry is still in its early stages, small scale LNG is being trucked to mining operations, displacing diesel at ~40% of the cost.

Also convenient is that a number of large smelters and refiners in Zimbabwe, Zambia and South Africa are equipped to switch from coal to natural gas.

All in all, Gas to Power is a very elegant solution and is increasingly important to the regional power needs in this part of the world.

Yet, current gas supplies are nowhere near enough to even meet current regional power demand.

In South Africa alone, independent studies estimate that by 2030 the country will face a daily gas shortfall of around 1 billion cubic feet — the size of Australia’s entire East Coast gas market.

Yet despite the current supply limitations, extensive infrastructure is in place to support the regional gas industry.

The SAPP connects the electricity grid from Cape Town all the way through to the DRC. Energy producers located anywhere along that line can export electricity to any country within that region. It operates as a virtual pipeline, exporting molecules by generating electricity with no need to pipe the gas directly to site in South Africa, Zambia, or Botswana.

Located in northern Zimbabwe, IVZ’s project sits within the Cabora Bassa Basin which has all the ingredients of a working petroleum system and comes with a robust dataset.

Invictus is now in active discussions with multiple parties regarding the farmout of the Cabora Bassa Project.

Back in the early 90s, Mobil was exploring for oil in Zimbabwe when it came across large resources in the Cabora Bassa Basin.

The petroleum giant explored over an area extending all the way from Victorian Falls in the west of the country through to the Cabora Bassa Basin in the east. It identified and mapped the massive Mzarabani anticline in Africa, which has an area of more than 200 square kilometres, under closure, at favourable depths to host a conventional gas target.

Eventually, Mobil concluded that the petroleum system was more likely to be gas prone rather than oil prone.

This is not the result that Mobil was after — there was no structured market for gas in the region at the time.

Highlighting this fact was the Pande and Temane gas fields onshore Mozambique of four to five trillion cubic feet. Discovered decades earlier, in the 1960s by Gulf Oil, these gas projects had changed hands multiple times by the time Mobil came to Zimbabwe, yet they were not developed as they couldn’t be monetised.

Against that backdrop, Mobil saw little point in trying to discover more gas so relinquished the Cabora Bassa project.

The early 1990s saw a pullback in exploration in Africa, particularly in frontier jurisdictions onshore. Majors that had been exploring across the continent left as petroleum prices crashed. BP left Tanzania, while Shell left Kenya.

Nearby countries, including Kenya and Uganda, have since promoted their petroleum potential. This, along with previous exploration programs, attracted a number of juniors that picked up where the majors left off in the Albertine Graben in Uganda.

These junior explorers re-evaluated the data left behind by the majors and saw some overlooked potential in these rift basin plays. That work encouraged the likes of Tullow Oil to farm-in to their acreage, acquire some additional seismic data and drill exploration wells, leading to discoveries.

Zimbabwe, meanwhile, never bothered to promote its petroleum potential, instead promoting its mineral riches including gold, platinum, diamonds at the time.

For years Invictus’ Cabora Bassa Project, which comprises 250,000 acres in the most prospective part of the Cabora Bassa Basin, remained untouched and overlooked and Mobil’s extensive project data and reports were never made public.

The country’s political and economic situation and changes to investment laws under former President Mugabe also worked against the petroleum sector — Zimbabwe was essentially uninvestable from a foreign investment point of view.

The extensive exploration undertaken by Mobil made evident the significant size and technical merits of the Cabora Bassa project.

Not only is there a lot of gas but potentially also a lot of liquid associated with it as well, with 249 million barrels of conventional gas-condensate.

With this liquid condensate resource, the Mzarabani Prospect could be even bigger than the famous Dorado oil discovery — the largest oil discovery in Australia this century, which led to Santos acquiring Quadrant Energy last year.

The Mzarabani and Msasa prospects are both stacked targets, having several prospective horizons that can each be tested by a single well. This greatly enhances chance of success with multiple potential combinations of reservoir traps and seals.

New geological and geophysical work has de-risked the acreage, adding to the historical the Mobil dataset.

Invictus entered a MoU with Tatanga Energy late last year. Under the agreement, and in the event of a commercial gas discovery, the Cabora Bassa Project will provide gas supply for a 500-megawatt gas-to-power plant.

The minimum gas supply covered by the MoU is about 11Bcf per annum and could be increased to about 36.5Bcf.

The parties will work together to investigate the economic and commercial viability of supplying gas from the project to the plant.

The gas will then be sold to the national grid and to other captive clients including mines, industrial and other large consumers of energy in Zimbabwe, Mozambique and Zambia.

This is Invictus’ second offtake MOU, the first signed in May 2019 with sable Chemicals to investigate the economic and commercial viability of supplying natural gas from to the Sable fertiliser plant located in Kwekwe, Zimbabwe.

While Invictus and its Cabora Bassa Project is early-stage and not without risk, the company currently has a market capitalisation of just $30 million.