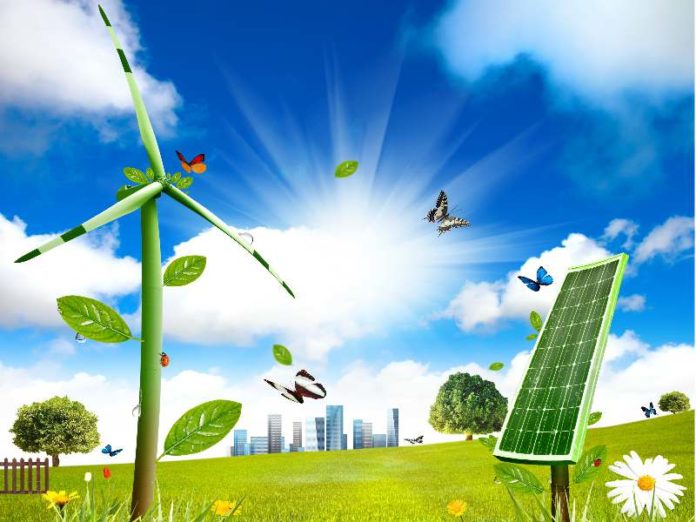 South Africa is a member of the global community and an affiliate of the United Nations Framework Convention on Climate Change (UNFCCC). It is also a signatory to the Paris Agreement.

This is a demonstration of government’s commitment to a low carbon economic development trajectory envisioned by global community.

The government further adopted a “Just Transition” to a low carbon economy as inscribed in the recently adopted Integrated Resource Plan (IRP2019).

Recognising that transition to a low-carbon energy economy is inevitable, it is deemed absolutely critical that such a change must be in the form of a Just Transition.

The International Trade Union Confederation defines a Just Transition as that which “…secures the future and livelihoods of workers and their communities in the transition to a low carbon economy.

It is based on social dialogue between workers and their unions, employers, government and communities. A plan for Just Transition provides and guarantees better and decent jobs, social protection, more training opportunities and greater job security for all workers affected by global warming and climate change policies.”

South Africa has a coal derived energy economy that was brought about by plentiful indigenous coal resources upon which the national energy infrastructure has primarily been premised on over the last century.

Moreover, the coal mining industry is one of the significant creators of employment in the mining industry and a substantial revenue earner that augments that national fiscus.

Furthermore, coal-fired power stations produce about 90% of the country’s electricity. Resultantly, the importance of the coal sector in South Africa cannot be overstated.

However, the combustion of fossil fuels using current methods, techniques and technologies leads to the emission of carbon dioxide into the atmosphere and consequently the anthropogenic forcing of climate change.

In this regard, the South African government has affirmed its international commitment towards climate change mitigation and has made an undertaking to reduce the nation’s carbon dioxide emissions by nearly 50% by 2030.

This will be achieved through multiple interventions that span energy efficiency and the implementation of alternative low-carbon energy sources.

With extensive coal reserves and current infrastructure, South Africa will however, still rely heavily on coal-fired energy generation in the medium to long-term as it undertakes a just energy transition journey toward this low carbon economy.

In this regard, the Carbon Capture, Utilisation and Storage (CCUS) forms part of that Just Transition in the South African context. Notwithstanding that the CCUS is a new initiative in South Africa for the mitigation of carbon dioxide (a greenhouse gas) emissions into the atmosphere.

Following international norms, it is expected that CCUS could mitigate more than 20% of South Africa’s total carbon dioxide emissions. The purpose of this technology is to assist South Africa to meet its international obligations pertaining to its greenhouse gas emission limitation target in an effort to ameliorate global climate change.

CCUS can be trifurcated into its main components, namely: Capture of carbon dioxide from the flue gases of such sources as a power station; utilisation of carbon dioxide as a feedstock to produce high value commercial products; and storage whereby the carbon dioxide is safely and permanently stored in deep, stable and safe geological formations.

The capture of carbon dioxide is the first step in the process and I necessary to separate it from the other flue gases, mainly nitrogen. The aim is to produce an approximate 98% concentration of carbon dioxide.

Currently, South Africa has the largest carbon dioxide capture plants in the world, about 25 million tonnes per year particularly from the synthetic fuel industry. Such gas provides ‘lowhanging fruit’ that will lower the cost of utilisation and storage.

The storage of the captured carbon dioxide is considered in a suitable geological formation, usually located 1-2 km deep, albeit that depths of greater than 800 m constitute a minimum requirement to contain pressure and temperature of gas in a super critical state that is near liquid.

It has been globally shown that this is a successful mitigation technology. South Africa’s use of carbon dioxide is approximately 200 tonnes per year.

Globally it has been shown that carbon dioxide may also be used as feedstock for, inter alia, chemicals, synthetic fuels and fertilisers. This recycling of carbon dioxide can be further de-carbonised by making use of renewable energy. Products can be manufactured when renewable energy is available and stored for future use.

The Council for Geoscience (CGS) is implementing the CCUS project by conducting research that aims to identify apposite geological storage formations that would be appropriate for storing carbon dioxide. This work is funded by the South African government and the World Bank.

CCUS is established as a technology that can mitigate large quantities of carbon dioxide gas. For example, the Sleipner project in Norway was the world’s first offshore carbon capture and storage project storing more than 16 million tonnes since 1996.

The International Energy Agency has previously stated that globally the lowest cost of mitigating carbon dioxide emissions into the atmosphere must include CCU. However, since the Paris Agreement (to maintain temperature increase to significantly lower than 2oC), the CCUS initiative is essential.

The South African Bureau of Standards, in conjunction with the International Standards Organisation, is currently developing standards for CCUS in South Africa.

The national and industry benefits of a complete set of CCUS standards will steer the development and operation of this new industry in South Africa and thereby ensure:

The consequent high international profile of the South African programme has led to financial and in-kind support for the local programme. Such support has come from South African government and industry, Norway, UK, EU, Carbon Sequestration Leadership Forum, and the Global Carbon Capture and Storage Institute.

More recently the World Bank has made available a grant of $US 27 million for the pilot storage project in partnership with the South African government’s contribution at 65% of the World Bank’s pledge. Following the current Pilot Carbon Dioxide Storage Project, it is scheduled that a fully integrated demonstration project will be underway during 2030.