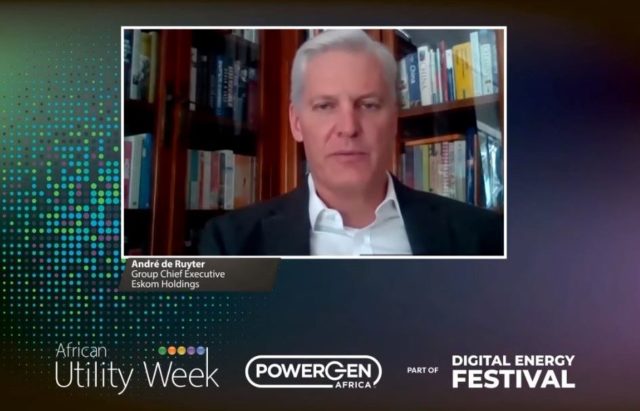 Ten months into his tenure as Eskom CEO, André de Ruyter is pushing ahead with unbundling the debt-ridden state power utility in a bid to attract private investment.

“And that, I think, will be a very important milestone to attracting additional private investment into generation,” he said.

Having shifted from the private sector to the public sector himself, De Ruyter noted challenges in the state-sphere.

“The pace of decision making and the number of permissions that you have to obtain to do anything is quite extraordinary,” he said.

“And that slows down the turnaround of Eskom quite significantly. We have, I think, persevered; we have badgered and pestered people in decision-making positions to make those decisions sooner.

“But something as simple as registering a subsidiary, which from the private sector would take maybe a week, takes much longer in the state-owned sector.

“And it’s due to the focus on good governance, which, given Eskom’s history, of course, is well warranted. But one has got to keep the focus on turning the business around, and I think sometimes the focus is not quite there.”

“By April, we should see a change”

Other key focus areas are addressing the utility’s R450 billion debt burden, and obtaining “operational stability” with next April and September 2021 flagged as goal dates.

“The very negative impact of load shedding on the economy is well known and it’s something that we wish to put behind us as quickly as possible,” said De Ruyter.

“By April of next year, we should see a change in the reliability of our generation system. And then by September of 2021, we should see the risk of load shedding substantially reduced.”

To control costs, the utility has cut its workforce by 2000 people.

“We’ve already over the past 10 months said goodbye to 2000 employees,” said De Ruyter. “So we are making some progress. There’s more to come. And that’s of course without resorting to forced retrenchments.”

In addition, Eskom management will not receive increases or bonuses this year.

“Very important, is to address the legacy of capture and corruption and turning around the morale of our people,” said De Ruyter.

“You can imagine that morale is low, people are feeling quite despondent. We have taken a decision not to give any increases to management this year. Also, in order to contain our costs, there will be no bonuses.”

On the global shift to renewable energy, De Ruyter said Eskom’s just energy transition (JET) project office will navigate the utility’s move away from coal in a way that does not “jeopardise” livelihoods.

“I think moving away from a model that’s been around for 97 years, which is how long Eskom has been in existence, to something that is different, is always regarded as potentially threatening by a variety of stakeholders,” he said.

“Obviously, as we make the energy transition, increasingly moving to renewable energy, you can imagine that that provokes alarm amongst the ranks of communities and workers who’ve invested generations in coal as a commodity, whether it’s mining or whether working in a coal-fired power station. And we, therefore, have to address those very legitimate concerns as we make the transition.”

Please register for the virtual keynote to listen to the full session.

Enlit Africa
African Utility Week and POWERGEN Africa, for some two decades the flagship power, energy and water conference and exhibition on the continent, also unveiled its new name, identity and vision, Enlit Africa, during the opening session on Tuesday morning. The event ends on Thursday, 26 November.

Worldwide series
Enlit Africa forms part of a worldwide series of events focused on power, energy and utilities that have rebranded and are now under one unified brand, including partner events Enlit Europe, Enlit Asia and Enlit Australia. The Enlit series is part of the UK-based Clarion Events Group’s Clarion Energy Series, which runs over 40 events that cover the oil, gas, power and energy sectors, making it one of the group’s largest portfolios.

Clarion Events Africa is a multi-award-winning Cape Town-based exhibition and conference producer across the continent in the infrastructure, energy and mining sectors. Other well-known events include Nigeria Mining Week, Africa Mining Forum and DRC Mining Week. 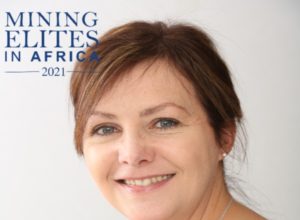