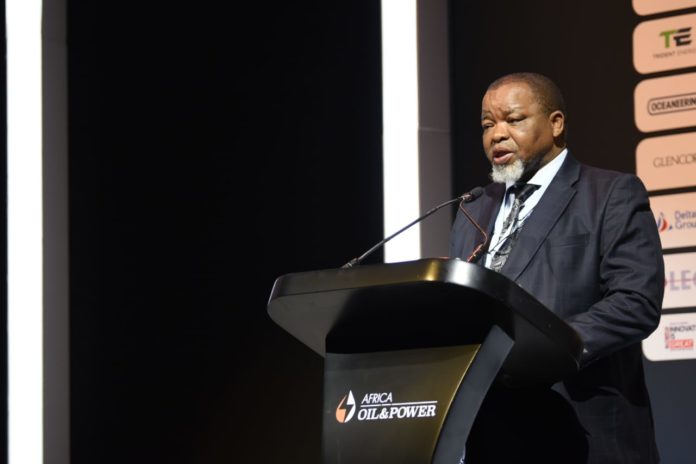 South Africa’s Minister of Mineral Resources and Energy Gwede Mantashe has announced the country’s Integrated Resource Plan will be concluded within days.

“I am very hopeful that the Integrated Resources Plan (IRP) would be concluded, and we will gazette it” he says.

He adds that, “the plan will lay the foundation for investment in power generation. Such an investment should have the impact of lowering the cost of doing business in the country.”

Clean audit for Department of Mineral Resources and Energy

Mantashe highlighted the potential investment that could come as a result of a finalized IRP, which represents a key component of South Africa’s energy strategy. With this, he invited investors to enter the South African market.

In line with the conference theme, #MakeEnergyWork, Mantashe also spoke on the importance of developing a thriving energy sector as a means to encouraging economic growth, noting that the sector is “part of an effort that is a catalyst to economic growth.”

On the country’s energy future, he said that natural gas would be a key part of South Africa’s energy mix.

Mantashe sings from the hymn sheet at ADU 2019

Mantashe explains that projects like the Coega development in the Eastern Cape province would be at the core of this strategy.

“This ambitious project for us will be a game changer, those who are waking up to take the opportunity will actually benefit from that development. It is quite a test for us because we need to get into gas in a big way.”

The multi billion rand Coega special economic zone project is located in Nelson Mandela bay and consists of 10 projects including a renewable energy components factory, a gas-to-power plant, a solar rooftop project and an oil refinery.

The gas to power project is expected to supply power from 2026.