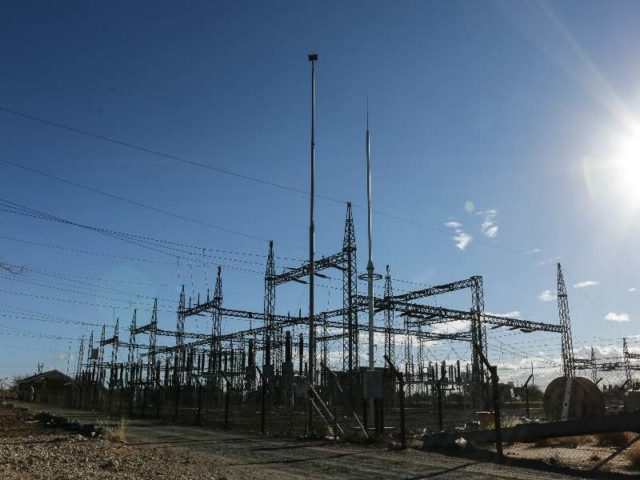 There is 880 MW of renewable energy projects either in operation, under construction or approved and earmarked for future development – all within a 20 km radius of the Brownfield mine currently being redeveloped by the company, COO WALTER SHAMU tells CHANTELLE KOTZE.

“We will use our geographic location to our advantage as it allows us to incorporate both solar and wind energy into our operation,” notes Shamu, who goes on to explain that the region has the highest irradiance levels in the country owing to its hot, dry climate; with a very consistent wind resource to boot.

What makes the region even more attractive for energy generation is the existing energy infrastructure in the region – most specifically the Cuprum substation – already established on the Prieska project’s footprint, which allows these renewable energy projects to feed directly into the national power grid.

The Cuprum substation was originally established to supply the Prieska mine but when the mine closed in 1991, it became a regional supply substation able to feed energy to users in the surrounding area.

On the back of the renewable energy project development in the region, the substation was fortified and its capacity of the transmission lines linking it into the national grid was doubled, explains Shamu.

The renewable’s company has a further three solar projects (totalling 250 MW) currently under construction in the region.

Based on its involvement in the REIPPP, juwi had a multitude of historical solar and wind data (dating back as far as 10 years) on the area and has knowledge on the licencing process required, making it an ideal partner to Orion, says Shamu.

Juwi’s preliminary scope of work was to investigate the feasibility and conceptual design to generate and supply 38 MVA of electricity for Prieska from a hybrid power system using integrated wind and solar technologies. This was undertaken in parallel to Orion’s feasibility study for Prieska.

According to Shamu, investing into a long-term renewable energy solution not only makes sense for a long-life production asset such as Prieska by ensuring sustainable energy supply, but will at the same time, ease the burden on South Africa’s nation power grid and reduce the company’s carbon footprint.

Hybrid power systems are also at the forefront of transforming the resource industry into one with a sustainable future as they offer emission-free low-cost energy.

A year since partnering with juwi, plans are at an advanced stage to establish the hybrid renewable energy plant as an alternative source to national grid power supply.

A site for the renewable energy project, approximately 20 km from Prieska, has also already been earmarked, approved and licenced.

Capable of providing 52% of the mine’s energy needs in the near-term, it has been determined that the renewable energy mix will be provided by a combination of a 20 MW wind and 35 MW solar photovoltaic hybrid facility, while the balance of the Prieska operation’s energy requirement will be supplied by the Eskom grid to supplement the energy mix as and when needed.

By using renewable energy on site to provide 52% of the operation’s energy needs, juwi has estimated that Orion Minerals will, during the initial 10 years of operation, realise 1.5 million tons of carbon dioxide equivalent savings as well as save 2 billion litres of water.

Once in a position to store energy, Orion could reduce its reliance on grid power even further, says Shamu, as it would enable the company to store some of its excess power currently being curtailed for use when needed.

The company is however keeping track of technology development in the sector that could further harness renewable power such as reverse solar cell technology, which helps solve solar’s balance issues during times of low or no direct sunshine.

Following the Department of Mineral Resources and Energy Gwede Mantashe’s announcement that the Department is in the process of gazetting a revised Schedule 2 of the Electricity Regulation Act, which will enable self-generation by mining companies in a bid to help close the energy gap caused by deteriorating Eskom plant performance, Orion is well placed to benefit.

“While the minister has indicated the Department’s intent to enable self-generation, we are awaiting certainty on the matter and seeking practical frameworks and guidelines on how this will be implemented,” says Shamu.

“The power challenges we currently face could provide an opportunity for us to leap into the future with renewable resource owing to the commercial advantages and the increased cost of compliance for the use of fossil fuels, rather than just our environmental obligation towards adopting renewable energy generation,” he adds.

Orion plans to release its updated bankable feasibility study in early Q2 this year, with the outstanding Vardocube mining licence – the last regulatory milestone to be met at the project – expected to be granted by June.

Orion will require in the order of R4 billion to fund the mine build and intends to do so by a mix of debt and equity.  This fund raising process is planned to commence in earnest sometime after completion of the feasibility study.

Once this funding is secured, the timeline of which is being re-assessed in light of the effects of the spread of the Coronavirus, Orion expects to break ground with a 30-month construction period followed by an 18-month ramp-up to full, steady-state production.