The Minerals Council South Africa has addressed some of the issues surrounding the mining of coal, in the context of growing public concern in South Africa and around the world on the on its impact on climate change.

Mxolisi Mgojo, CEO of Exxaro and President of the Minerals Council participated in the engagement.

Speaking on behalf of the Minerals Council, CEO Roger Baxter considered the outlook for coal over the next few decades, saying a just transition towards more renewable and cleaner sources of power is necessary.

To this end, the Minerals Council supports a transition to a growing role of non-fossil fuel forms of power generation such as wind and solar power and, where cost is not prohibitive, nuclear power.

At the same time, the Minerals Council acknowledges that cleaner coal power generation is possible and some headway has already been made as a result of newer power plants coming on stream, and the impending closure of older plants associated with historically large emissions.

Further, these new power stations represent an enormous investment. It would be economically crippling to simply shut them down.

“When we refer to a just transition,” said Baxter, “we mean that there are technical, social and economic grounds for a gradual, rather than an immediate move away from coal.”

For the foreseeable future in South Africa, coal remains a necessity as the baseload source of power even with the expansion of renewables.

A further key factor is the communities and employees whose livelihoods depend on coal mining. In countries where policy decisions have been made to eliminate coal power, compensation for this loss of revenue to affected businesses and communities is significant.

A comparative exercise looking at what Germany plans to spend on this compensation shows a figure greater than South Africa’s combined annual expenditure on health and education.

“So much of what South Africa produces is connected to coal,” Baxter reminded the audience.

“It is the largest component of mining by sales value and is a critically important source of the primary energy that drives the economy. The sector employs close to 100,000 people and almost double that number have indirect employment as a result of coal mining.”

Baxter also spoke of the South African mining industry’s progress in terms of greenhouse gas emissions, which have seen a significant decline in the past 12 years in particular.

The reason for this is a combination of the more than 500% increase in electricity prices over a decade and the gradual contraction of deep-level and power-intensive gold and platinum mining.

The most resounding call from the Minerals Council, however, is for government to fast-track legislation that makes it possible for mining companies to generate their own power, including the more than 600 MW of solar power projects already in the pipeline that will contribute further to a reduction in the industry’s combined carbon footprint. 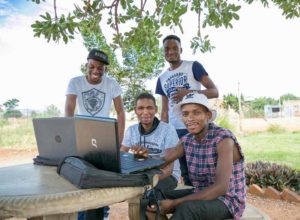