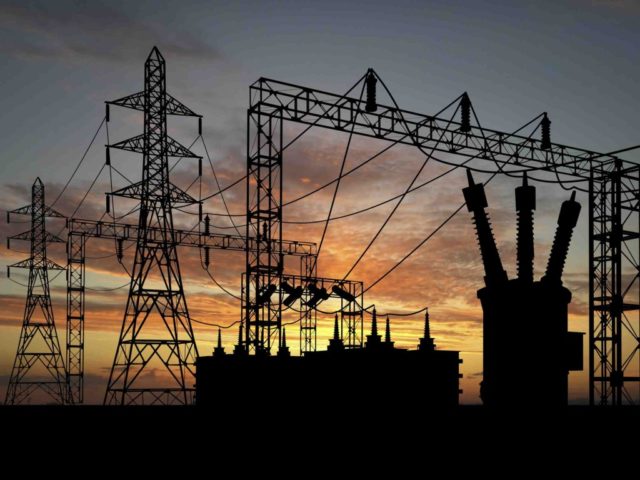 OUTA opposes Eskom’s RCA application for a back-dated increase, asks for an end to the RCA system and calls for better accountability from Eskom.

OUTA has asked the National Energy Regulator (NERSA) to ensure that Eskom responds to the questions its officials couldn’t answer at the Cape Town public hearings on its price application, and that the public has access to this information.

This is a system which allows Eskom to clawback extra revenue from customers for years when revenue did not reach expected levels or prudent costs were higher than predicted.

This clawback is then loaded onto future prices.

NERSA started public hearings on the RCA 2018/19 application in Cape Town on 3 February.

OUTA made a presentation to the NERSA hearings, calling on NERSA to end the RCA system and to dismiss Eskom’s application. OUTA made both a written submission and a presentation at the hearing, presented by Liz McDaid, OUTA’s Energy Advisor.

An Eskom official was given an opportunity to respond to inputs made at the public hearings, but then failed to provide any meaningful answers.

Eskom said they would provide written responses to NERSA and at later hearings, which are being held in different venues around the country until 24 February.

“In our view, Eskom has failed to account publicly to the community of Cape Town for the money it overspent and, unfortunately, we cannot travel around the country to attend all the public hearings to hear Eskom’s response, nor should we have to,” says McDaid, asking NERSA to ensure that any further presentations and responses from Eskom are made available to the public.

“We believe that we have a right to know how our money is being spent and we ask NERSA to assist.”

Eskom wants another R27.240 billion from its customers for 2018/19 under-recovery and additional costs of production. Whatever portion of this which NERSA approves will be added to future electricity prices.

The under-recovered is calculated based on the anticipated revenue approved by NERSA in the original price decision for 2018/19. This is the equivalent of about 15% of Eskom’s actual revenue for that year (the billed revenue, not necessarily what was actually collected).

That R27.240 billion includes R5.450 billion for lower revenue than expected due to lower sales, plus R16.786 billion in extra primary energy costs (mainly coal and diesel). This was the year in which Eskom recorded at R20.7 billion loss.

OUTA’s submission: No to the RCA process

“The RCA process should be reviewed as it has outlived its usefulness. This process effectively allows Eskom to overstate its sales predictions and understate its operating costs, then go back to NERSA to get the extra funds,” said OUTA’s submission.

“Eskom routinely overstates its sales predictions. This is because Eskom does not pay attention to the real world, where higher electricity prices and the increasing use by customers of embedded generation lower the demand,” said OUTA.

The gloomy economic outlook is also a known factor in dampening demand.

Eskom refers to unexpected lower demand in the Eastern and Western Cape, but OUTA provided evidence that Eskom either knew or should have known that this demand would be lower and planned accordingly.

OUTA pointed out anomalies in Eskom’s application, such as a claim that lower sales to agriculture affected revenue, but elsewhere it detailed how agriculture used more electricity than expected due to the need to pump water during the drought.

The vast majority of this goes to the Mozal aluminium smelter in Mozambique, due to a historical contract.

While the existence of this subsidy is well known, the size is substantial:

Eskom’s annual financials show that the average price of electricity to these three businesses is 46.86c/kWh, far lower than Eskom’s cost of producing electricity (the electricity operating cost) of 71.25c/kWh.

“On a broader strategic level looking at energy planning and energy security for South Africa going forward, the idea of a mechanism to allow Eskom to return to the regulator every year to gain approval for unforeseen cost increases leads to inconsistency and adds to the economic uncertainty in the country,” says OUTA, adding that Eskom should have been able to predict its extra costs.

OUTA takes issue with Eskom’s big increase in primary energy costs, due to high-priced coal contracts and a huge bill for diesel to run the expensive OCGT generators used to avoid load shedding.

“Is it fair to ask consumers to shoulder the burden for Eskom’s lack of planning?” said OUTA’s submission.

“However, if you include the costs of employees, the generation capex and depreciation etc costs into the Eskom generation costs, which are already included in the REIPPP price that Eskom pays to IPPs, the picture changes with Eskom generation then only about half the cost of renewable energy.

“If you add in environmental costs of Eskom cleaning up its generation fleet, even if spread over five years, then Eskom is about 60% of the costs of Round 1 expensive renewables,” says OUTA.

Eskom calculates its own coal generation costs as R0.255c/kWh, compared to Round 1 renewables of R1.953/kWh. OUTA recalculates Eskom’s real coal costs as R1.156/kWh. Renewables are becoming cheaper, so those costs will be increasingly skewed.

“This means that as we move forward, proportionally increasing the amounts of renewable energy will mitigate the extent of future price increases of electricity,” says OUTA’s submission.

Eskom apparently fails to take climate change into account – despite having itself noted years ago that it must adapt to these risks – and partly motivates its application by referring to the loss of international purchases from Mozambique when infrastructure there was damaged by cyclone Idai and to the effects of drought in the Western Cape which meant water for Koeberg cost more.

OUTA says Eskom should have an adaptation strategy in place: “Failure to do so might be regarded as negligence or incompetence but cannot be attributed to ignorance,” said OUTA’s submission.

NERSA’s decision is expected on 24 March. As a civil society organisation, OUTA will continue engaging with NERSA and Eskom on behalf of the public.