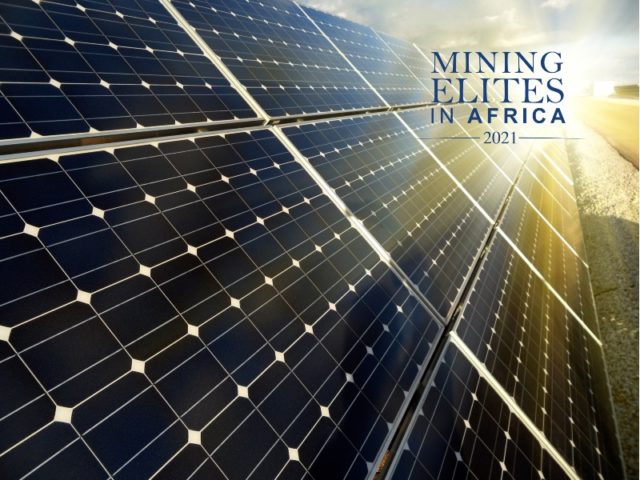 African mines are starting to embrace hybrid power plants. Those already in existence are likely to be outshone by a new hybrid plant at the Syama gold mine which promises to be the most sophisticated – and biggest – yet seen at an African mine.

Owned by Australia’s Resolute Mining, the Mali-based Syama mine is a highly automated mine which produced 243 000 oz of gold in FY2019.

It is currently supplied with power by a 28 MW power station based on diesel generators, a solution which is expensive and far from ideal from an environmental perspective.

The new plant, by contrast, will be highly efficient, reducing Syama’s power costs by approximately 40% while reducing carbon emissions by about 20%.

The new installation represents a partnership between Resolute and UK-headquartered power provider Aggreko and will combine world-leading solar, battery and thermal generation technologies in one integrated power solution.

Aggreko operates globally and is already familiar with Syama, having provided rental power solutions at the mine since 2015. The company is funding the plant and will also operate it under a 16-year Power Supply Agreement (PSA).

The thermal element of the project is expected to be implemented in partnership with Wärtsilä Corporation of Finland, using its new Modular Block technology. The project will mark one of Wärtsilä’s first sales of this pioneering new product and Aggreko’s first contracts to deliver it.

The new plant is being delivered in two stages. The first stage, due for completion by the end of 2020, will see the installation of three new thermal energy Modular Block generators and a 10 MW Y-cube battery storage system.

The new Modular Block units, which will provide 30 MW, will be fuelled using a refined heavy fuel oil and will be installed alongside the existing thermal power plant to allow a seamless transition to the new solution.

The second stage will consist of the installation of an additional 10 MW Modular Block in 2022 and the construction of a 20 MW solar power system, with the solar array being positioned on the surface of the existing Syama tailing storage facility (TSF).

Once the solar system is installed, the 10 MW battery storage system will also manage the solar power contribution to the power system and smooth out fluctuations in solar power output to facilitate integration into the hybrid system.

Resolute projects that the cost of energy will settle below US$0.15 per kilowatt hour (kWh). The current cost of energy at Syama ranges from US$0.23/kWh to US$0.26/kWh.

The new power station will deliver cost effective, environment-friendly, capital efficient power and long-term electricity cost savings this will deliver significant savings to the company and the environment.

in the Syama region.

The aim of these investments will be to provide sustainable power to local villages in the Syama region which currently have limited access to reliable electricity.