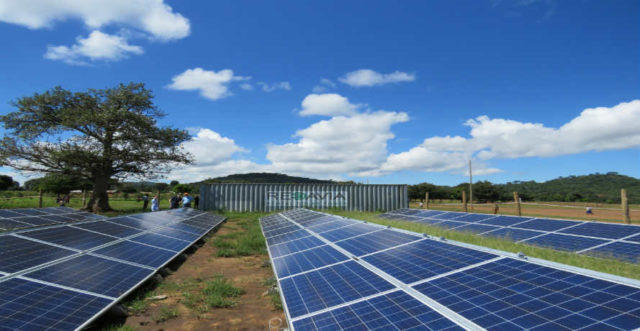 Renewable energy has faced many hurdles in trying to conquer the mining sector.

But that has since changed, with traditional diesel, heavy fuel oil (HFO) and also gas being combined with solar and wind energy to create solar-diesel and wind-diesel hybrid plants which effectively reduce a mining operation’s diesel consumption.

The first of these hybrid energy projects was commissioned in 2011 and 2012.

In Mauritania, SNIM built a 4.4 MW hybrid wind plant and in 2012 a solar plant with 3 MW of capacity. In South Africa, a 1 MW solar power plant project was embarked on to reduce diesel consumption at a chromium mine.

After the mine connected to the grid, the solar plant was successfully able to reduce its electricity off-take.

While it seemed that this would be the start of renewable energy dominance in the mining sector in Africa, the oil price collapse in 2014 temporarily slowed the diffusion of solar-diesel and wind-diesel hybrid systems in the mining industry.

In recent times, the business case for fossil fuel displacement has been driven by falling of solar and wind power technology prices. At the same time, the costs for integrating renewables into traditional diesel, HFO and gas power stations has also declined.

More and more players are gaining experience in constructing large renewable energy plants at remote locations and have managed to optimise the processes considerably.

The low interest rates have also had a large impact on the price of renewable energy. Both solar and wind power require high financing costs in the form up significant upfront investments while operating costs are extremely low.

Even though 2015 was the year in which mining companies started changing their general perception of renewable energy, it took a few more years before new solar projects at remote mines were commissioned; namely in Burkina Faso, Eritrea, Tanzania, Namibia, and Zimbabwe. Recently, new undertakings were announced for Mali, Ghana, and South Africa.

This increasing interest in renewable energy in the mining industry is also partly due to business innovations.

Most of the new hybrid power plants are built by independent power producers (IPPs) that take on the cost of investing in the renewable assets and then sell back the electricity to the mining companies.

It is interesting to observe that some mining companies like B2Gold in Namibia consider renewables as highly attractive and prefer to invest their own capital to own the renewable energy assets.

Some of the biggest mining groups seem to be in a similar position regarding renewables and state that they are at the moment assessing their clean energy strategy – determining whether to create their own electricity or purchase electricity from IPPs.

Traditional mining suppliers that have already been established in the fossil fuel sector have significantly contributed to the energy transition in the mining sector.

At first, small renewable energy players struggled to convince mining companies of the advantages of solar and wind power. This view changed when players like Caterpillar, Aggreko, Wärtsilä or Total and Vivo Energy entered the fold.

When they started to propagate clean energy solutions, they typically were also at least partly cannibalising their own core business – which is particularly valid for fuel suppliers.

In the end, it was a mix of hard cost-related factors, soft factors such as increased trust in renewables, and an improved public image of mining companies and regulatory pressure that caused mining companies to strongly consider renewable energy.

For example, in Ghana, a draft legislation foresaw a certain requirement of renewables for mines in the country. Though never passed, this initiative built the foundation for renewable energy in Ghana and ensured that renewables became part of the agenda of many mining decision makers.

The latent threat of replacing fossil fuel by renewables has also improved the negotiation position of mining companies toward their traditional fuel suppliers.

When considering the future of renewables in mining, THEnergy predicts that many of the projects that have been planned over the past couple of years are about to be realised in the coming months.

This will increase the pressure on mines that fully rely on thermal power. Mining companies who are fully reliant on diesel, HFO or gas are also expected to come under threat in terms of cost, regulation and for environmental and reputational reasons. 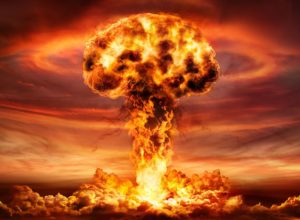