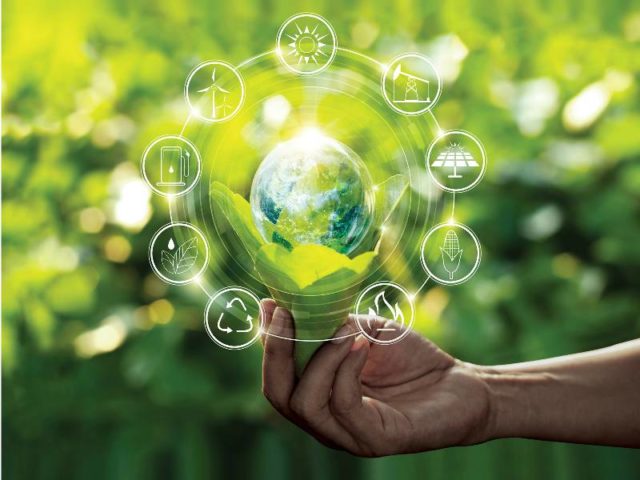 When SANEDI was established in 2011 under the National Energy Act its mandate was quite expansive.

However, as the South African National Energy Development Institute SANEDI interim CEO Dr THEMBAKAZI MALI points out, the organisation has placed particular focus on key aspects of its mandate to ensure that it meets its objectives. GERARD PETER reports.

It is a tall order for an organisation that relies a lot on government funding to fulfil its mandate.

As such, it has focused its attention on two key deliverables, namely energy efficiency and applied energy research, development and innovation.

“To date, we have done a fair bit but it is never enough,” says Mali. Achieving our mandate also depends on the funding we receive.

If we receive funding to cover everything, then we can do more, however, with limited financial resources we have to choose areas where we feel we can have more impact and where we have the skills to achieve our objectives.”

Regarding its focus on research and innovation, she adds that SANEDI has made steady progress in this regard.

“We have already demonstrated and piloted many technologies such as solar thermal power to different government departments, banking institutions, hospitals and schools.”

Access to information and community development is also a key goal of SANEDI.

To that end, it has introduced the Working for Energy programme. The objective is to provide sustainable clean energy solutions to rural and low-income urban communities with a special emphasis on job creation, skills development and community enterprise development.

Interventions include converting biomass to energy from invasive alien plants and bush encroachment and supplying mini-grid hybrid and smart grid systems fed from renewable based electricity supplies for rural and low-income areas’ applications.

According to Mali, the country’s transition to renewables should be gradual and that citizens should not discard coal as an energy source, at least not for now.

“In the South African context, coal has a history and there needs to be a transition to renewable energy. As such, I think that coal has a place in the country’s energy mix because we have the resource.

“It is available and we can use it but at the same time, we have to use it very responsibly. Hence, SANEDI is exploring options such as carbon capture and storage (CCS) as well as underground gasification – an industrial process which converts coal into product gas – both of which decrease greenhouse gasses.”

Mali is a strong proponent that CCS is a key part of ensuring such a transition. Firstly, from an economy point of view, CCS still ensures that coal miners are still gainfully employed.

Granted, building infrastructure for the process is expensive but Mali argues that because the concept is still new to the country, it will naturally be viewed as costly.

Once the infrastructure is built, the next phase will be to train people to become skilled in CCS. Mali adds that the country will need to implement gradual shutdowns of coal processing plants and points to Germany as a good example of implementing a gradual shutdown while moving to renewable energy sources.

Given South Africa’s abundant renewable energy sources, Mali believes that policies that speed up exploiting these sources should be implemented.

“For example, if there was a solar panel on every roof in the country, it would go a long way to achieving our target,” she says.

“However, there are regulations that are slowing down the process. We need a policy to enable us to use sources such as solar and wind.”

With South Africa’s energy demands thrust into the spotlight because of the goings on at Eskom, there is a strong focus on ensuring that the country relies more on renewable energy sources. As such, SANEDI’s efforts are of even greater importance.

Of course, access to funding is a potential stumbling block to the organisation. However, this is not putting the brakes on SANEDI achieving its objectives.

“We partner with other institutions and also receive funding from donors to carry out our work. This way we can ensure that we do not rely too much on the fiscus to usher in cleaner and more efficient power alternatives,” concludes Mali.