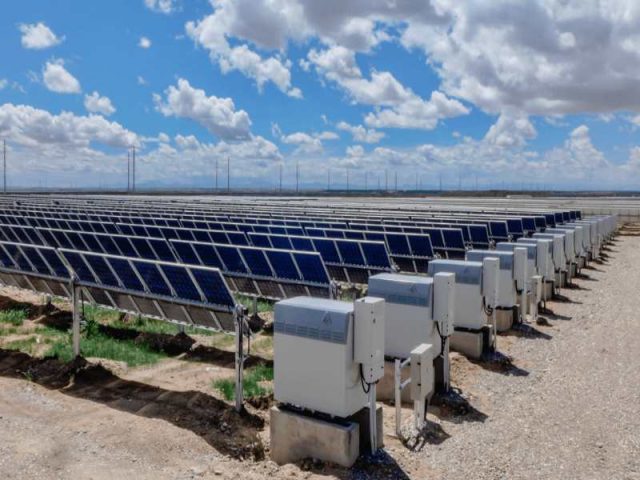 While the majority of current vanadium demand underwritten by the steel industry as an additive to strengthen various grades of steel, a small, yet increasing amount of vanadium demand is being taken up by the global renewable energy market for its use in energy storage batteries.

The deployment of energy storage batteries has increased over the years and the use of vanadium in energy storage applications doubled to 2.1% of the global vanadium consumption in 2018, says Vanitec CEO John Hilbert.

Vanitec, a global trade association representing companies and organisations involved in the mining, processing, manufacturing, research and use of vanadium and vanadium-containing products, was founded in order to promote the use of vanadium in high strength steels and energy storage applications as a means to expand the markets for vanadium and to promote a stronger vanadium industry.

According to Allied Market Research’s ‘Renewable Energy Market Outlook – 2025’, the global renewable market is anticipated to grow exponentially to around US$1.5 billion by 2025 as most countries commit to reducing their greenhouse gas emissions that significantly impact the environment.

The anticipated growth in renewable energy should support the development and deployment of energy storage batteries, such as VRFBs, as a means to reliably store renewable energy for use at a later stage – as the energy is not always generated at the same time as peak demand occurs.

What stands VRFBs in good stead in the renewable energy storage market is its size and ability to store much more energy, in utility-scale applications in particular, unlike lithium-ion batteries, which have a wide array of uses in smaller power storage applications.

This means that VRFBs can be used to store energy for use at peak load times on conventional energy grids or when the renewable energy system is not producing energy – this would be when the sun is not shining or the wind is not blowing in the case of solar and wind power, respectively.

There are also many other suitable applications for VRFBs within the transmission and distribution network, mini and smart grids, as well as behind-the-meter applications.

There are currently 113 VRFB installations globally with an estimated capacity of over 209 800 kWh of energy. This is a significant increase in the handful of VRFB manufacturers just less than five years ago to 20 VRFB manufacturers in 2018.

“This has seen the use of vanadium in energy storage applications increase to 2.1%” says Hilbert.

The 92 000 t of vanadium produced and the 95 000 metric tons of vanadium consumed in 2018 was an all-time global record, says Hilbert, who goes on to say that the year-on-year figures for the first half of 2019 are even greater than those of 2018, which indicates a definite increase in vanadium demand which is being met by vanadium consumption.

Largest VRFB in the world under development

Large-scale deployments of VRFBs are underway across the globe, with many others being planned or under construction.

The National Energy Administration approved the construction of the Dalian flow battery energy storage peak-load shifting power station in April 2016, and once fully commissioned, the VFB battery will be able to peak-shave approximately 8% of Dalian’s expected load in 2020.

In addition, the large-scale battery will form an additional load centre, which will enhance grid stabilisation including securing the power supply and providing black-start capabilities in the event of emergency.

“The vanadium in your battery today can be the vanadium in your steel rebar tomorrow,” says Hilbert, noting that vanadium is fully recyclable and is already being undertaken, with many companies successfully reclaiming vanadium from electrolytes and turning it into a marketable product for the steel industry.

The Energy Storage Committee of Vanitec, which reports to the Vanitec Market Development Committee and oversees developments in the industry market for vanadium, is currently delving further into the aspect of vanadium recycling and has recently commissioned a white paper to investigate the ability to reuse and recycle vanadium in future.

“We see many companies now looking at leasing vanadium electrolytes for VRFBs as a way to reduce the initial capital expenditure of a VRFB system installation, as the leasing of the electrolyte reduces overall capital costs, making VRFBs a more economical battery for storage systems.”