The transition to a low carbon economy cannot happen without mining 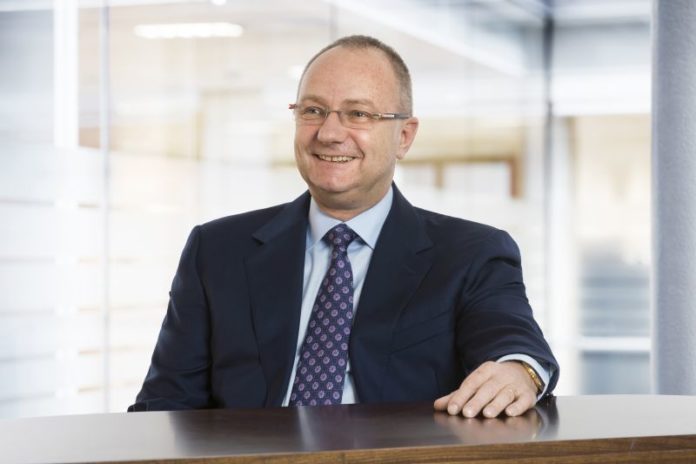 I am encouraged by the progress we’ve made as an industry in reducing emissions and taking a more proactive stance in how we remodel our operations for a carbon-neutral future through displacing diesel power with stable, zero-carbon electricity or green hydrogen.

Beyond the “mine gate”, the industry is thinking about the influence we must reduce emissions along the entire value chain – working with our suppliers, our peers and our customers where practical, to reduce global emissions.

I believe mines can, and will be, carbon-neutral and will use significantly less water as well deliver positive biodiversity outcomes.

We have set very ambitious targets for ourselves to reduce Greenhouse Gas emissions and improve energy efficiency by 30% by 2030.

There is, however, one point that gets lost in the debate, and that is the fact that the transition to a low carbon economy cannot happen without the products of mining.

The metals and minerals that we produce are the essential raw materials for all our modern lives – from the platinum group metals that clean vehicle emissions or enable hydrogen energy, to the copper essential for renewable energy and all our phones and other devices.

Mining is the cornerstone of the energy transition, and we are already seeing this change. On PGMs alone, the Hydrogen Council predicts that 18% of energy demand by 2050 will be met by hydrogen.

This shift has the potential of creating at least four million new jobs globally and contributing significantly to new and clean energy supply across the world.

In South Africa’s case, there is an immense opportunity to lead the global drive for the development of the hydrogen economy.

Last year, we announced our plan to develop and fuel the world’s largest hydrogen-powered mine haul truck.

This initiative will mark the first time a truck of this size and load capacity has been converted to run on hydrogen.

South Africa has an unparalleled opportunity to lead the hydrogen economy through its abundant endowment of PGMs – and this has innumerable benefits for the development of sustainable and clean energy.

The picture is equally favourable for copper, which is a critical metal for a new era of clean, green, renewable energy.

Copper is at the heart of every wind turbine, electric vehicle and solar panel, while also helping efficient energy storage.

Read more about mining for copper

This brings me to another critical point, and that is the need for us to work collaboratively with governments on ensuring that the mining industry has an adequate supply of sustainable, cost-effective and reliable energy, particularly here in South Africa.

None of us can doubt the impact that rolling power blackouts have on the viability and competitiveness of South Africa’s economy, including our mining industry.

And there is no better place to start than by drastically streamlining regulatory processes to enable the establishment of self-generated power that can supplement Eskom’s constrained capacity.

I am encouraged to hear Minister Mantashe acknowledge that self-generated power in South Africa will be supported by his Department. This is a positive step in solving South Africa’s energy crisis.

We believe that the mining sector can play an instrumental role here. There are several pilot projects in the pipeline already, including our large-scale solar PV project for the Mogalakwena PGMs Mine, and our role in helping develop the 100MW Kathu Solar Park in the Northern Cape.

Creating a supportive environment for projects such as these can immediately add additional power to the national grid, ease the burden on Eskom and proactively help develop sustainable energy that industrial users that power the South African economy can rely upon.

We must act decisively to solve South Africa’s energy crisis to prevent any further loss of momentum for the country’s economy.

Mining in 2020 is an entirely different ball game to when I started my career over 40 years ago. Take productivity, for example:

Beyond these obvious physical and technical challenges, mining’s social licence to operate is under significant strain – particularly if we consider the persistent challenges we face in managing mining’s impact on communities and the environment.

And it is also an exciting time for mining. Across the world, our industry is on the cusp of a significant change led by the accelerating pace of technological innovation.

Digitalisation, automation and artificial intelligence are all opening opportunities for the industry to be safer, as well as more productive and environmentally and socially sustainable.

At the same time, the industry is also tackling the challenge of becoming better connected to the needs of our host communities and society in its broader sense.

In thinking about the next decade and what it holds, it is important to reflect on the power of being purposeful in how we envisage the future of mining.