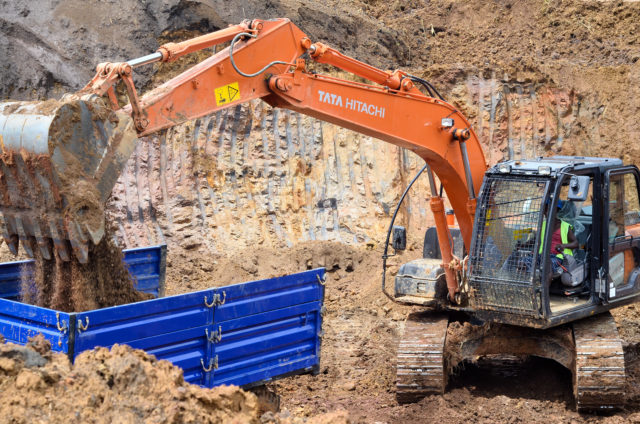 The company’s ambitions don’t stop there as its ultimate aim is to further process its Madagascan graphite through the value chain for high purity expandable, micronized and shaped products across applications and into graphene production.

Born out of its India-based holding company Tirupati Carbons & Chemicals, which has wide ranging expertise in the entire flake graphite value chain from mining to graphene production, Tirupati Graphite was incorporated in London in April 2017 as a holding company for its development business and to gain exposure to the London capital market in order to raise the funds required for the development of its future endeavors.

Headed by Poddar Tirupati Graphite is currently focused on bringing its Vatomina and Sahamany projects in Madagascar into production.

Based on the dynamics of graphite, which has over 150 uses and the commodity’s rapid growth profile spurred on by the high demand from the battery storage sector alone, it was decided upon by Tirupati Carbon & Chemicals that the company should grow and expand into some of the world’s most promising natural flake graphite producing countries in order to realise deeper values and further upside potential that it has to offer.

Madagascan projects at a glance

Tirupati Graphite identified Madagascar owing to the exceptional quality of the country’s graphite resources and quickly acquired its first project – Vatomina – in May 2017.

The company’s flagship Vatomina project is located 70 km from the Toamasina Port and has a 25 km2 permit area with mining permits issued for 40 years (renewable).

It is being developed in phases to a total production capacity of 60 000 tpa flake graphite production by 2021.

The first module of 6 000 tpa is under development and progressing well, and will produce first concentrate by early Q3, 2019. This will be followed by three successive modules of 18 000 tpa.

The company has, to date, carried out several development activities including a 4 000 m exploration drilling programme, exploratory mining and metallurgical test work internal infrastructure building, processing plant area development, besides other smaller scale activities and is under way with a JORC compliant competent persons report with SRK Consulting, outlining a maiden mineral resource estimate, expected to be released this month.

Tirupati Graphite acquired its second project – Sahamamy – in January 2018. The 8 km2 mining permit, which was issued for 40 years, is located 8 km from the Vatomina project.

Tirupati Graphite has planned for a 5.5% GC head grade (2% cut-off grade) for its processing facilities as its deposits grade is between 3% GC and 14% GC.

The plants are designed to produce graphite purities of up to 96% (except for the first module at Sahamamy) using a process similar to that of conventional graphite processing.

What makes Tirupati Graphite’s processing unique is that it has developed a unique precursor to the conventional processing method.

“What the precursor does is segregate the ore into three parts, namely flake graphite with some impurities, sand as a possibly commercial by-product and clay as tailings with water. This helps us upgrade the ore without much input costs.

He adds that because of the company’s unique yet simple processing method, it is able to retain a larger flake size distribution in its product than was initially envisaged because its processing method has helped maintain the coarse size flake unlike conventional processing which requires more aggressive milling.

The recovery process at Sahamamy has established a product basket of 50% in the jumbo flake size, 30% large flake and about 13% in the small flake size category. Important to note is that there is also the occurrence of super jumbo flakes, which comprise up to 7% of the resource, says Poddar.

“A recovery of over 85% graphite from the input raw material at Sahamamy has been achieved to date – one of the highest in the industry, he notes.

Poddar says that with the 3 000 tpa module at Sahamamy and the 6 000 tpa plant to soon come online at Vatomina, the company aims to produce a rate of at least 9 000 tpa of ROM graphite by the second half of the year.

“In tandem with our processing plant development, we will continue to firm up additional resources across our 33 km2 of granted mining concessions, as well as an additional 8 km2 of permits which we have applied for, he adds.

At present, SRK Consulting is under way with an updated joint competent persons report for both the Vatomina and Sahamamy projects.

The company expects to firm up enough resources for the next 15 years (which equates to about 1.8 Mtpa of ROM graphite ore) required to target 81 000 tpa production with substantial resource potential to be unearthed by continued exploration over two years.

“With several strategic advantages, primarily the quality of the flake-graphite, location and infrastructure connectivity, technology and expertise, the company is well on its way to reach the 81 000 tpa ROM production mark by 2021,” Poddar believes, noting the significant upside potential that the projects offer going forward.

The company is targeting the vertically integrated graphite market in which volumetrically, up to 75% of the graphite consumed worldwide goes into application for which up to 96% GC is required – whereas for the rest high purity flake graphite >99% is required as a precursor.

What we produce in Madagascar is good for these 75% of applications, says Poddar.

We are not only producing flake graphite in Madagascar to a particular purity, we are also manufacturing graphite for the entire basket of applications that exist and require flake graphite.

To undertake this downstream processing, we are setting up a plant in India which will have a processing capacity of 20 000 tpa to be developed in two stages of 10 000 tpa respectively.

Of the graphite produced in Madagascar, 75% will be exported while the remaining 25% of production will be sent to India for downstream processing – where it will be processed to high purity and transformed into expandable graphite, fuel cell composite graphite, spherical graphite, micronized graphite.

This step is the second stage of value creation in the value chain which is able to realise a value upside of about three and a half times.

Moreover, the company is targeting the manufacture of graphene – the final stage in the graphite value chain.

The centre, which will be established by the end of 2020, will have the capacity to process 10 kg/day of graphene – for use in an array of applications.

“2D materials are the hottest point in materials science in today’s world and graphene is one of the two. It is exciting to be in the value chain to its cusp and catalyse development of better materials across applications,” Poddar concludes.