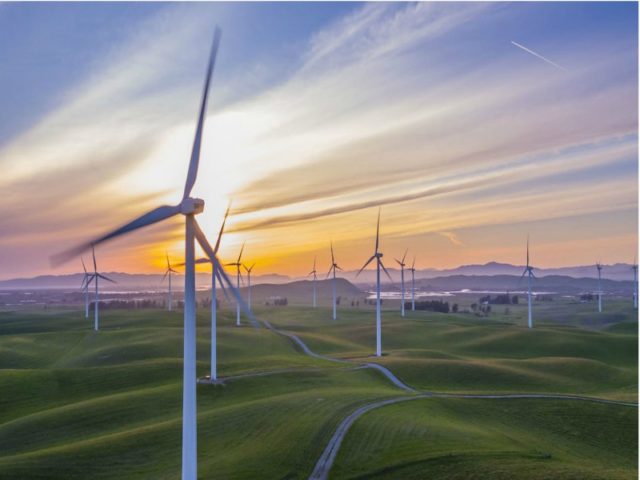 The Minister of Mineral Resources and Energy, Gwede Mantashe held a media briefing on the Integrated Resource Plan 2019 (IRP 2019) which was followed by the publication of the IRP 2019.

The IRP 2019 supports a diverse energy mix and sets out nine policy decisions to ensure the security of South Africa’s electricity supply.

We set out below a brief background to the plan and the key takeaways.

The Integrated Resource Plan is an electricity infrastructure development plan based on the least-cost electricity supply and demand balance, taking into account security of supply and the environment through the minimisation of negative emission and water use.

It is important because it is South Africa’s plan for the procurement of generation capacity up to 2030.

The last such plan was the Integrated Resource Plan 2010 (IRP 2010) promulgated in March 2011, and such plans are intended to be updated every two years.

Since the promulgation of IRP 2010, a total of 18 000 MW of new generation capacity has been committed comprising 9,564 MW of coal power at Medupi and Kusile, 1,332 MW of water pumped storage at Ingula, 6,422 MW of renewable energy by independent power producers (IPPs), and 1,005 MW of Open Cycle Gas Turbine (OCGT) peaking plants currently using diesel at Avon and Dedisa.

Coal will continue to play a significant role in electricity generation as the country has the resource in abundance. The rate of decommissioning of Eskom’s existing 16 coal-fired power plants is set out in the table above. 1,500 MW of new coal-fired power will be procured by 2030.

New investments will be directed towards High Efficiency, Low Emissions (HELE) technologies, underground coal gasification and the development of Carbon Capture and Storage.

Eskom will need to comply with the minimum emissions standard over time. There must be a just transition towards less carbon-emitting technologies – workers and communities in affected areas must – as far as possible – not be left worse off.

There is a recognition that new investments in coal-fired power plants is in decline.

Nuclear power is seen as a clean source of energy that can contribute significantly to the reduction of emissions. Though the Minister mentioned a move towards small modular reactors, IRP 2019 provides only for the procurement of an additional 1,860 MW of nuclear power to be commissioned by 2024, which represents the 20 year extension of the life of the Koeberg nuclear power plant in Cape Town specifically.

Nuclear power will be procured at a pace, scale and cost affordable to South Africa, taking into account the rate of decommissioning of coal-fired power.

Government will commence preparations for a nuclear build programme to the extent of 2,500 MW at a pace and scale that the country can afford because it is a no-regret option in the long term.

The Department of Mineral Resources and Energy sees small nuclear units as being a much more manageable investment when compared to a fleet approach, and will seek to avoid tariff shocks, as it is the user of electricity that ultimately pays.

Mantashe recognised the flexibility that gas to power technologies can provide to complement intermittent renewable energy and meet demand during peaking hours.

As a starting point and to support the development of gas infrastructure, Eskom intends to convert all diesel-fired power plants to gas.

Also, as indicated during the Department of Mineral Resources and Energy’s budget vote, the department intends to establish the first LNG hub in Coega Industrial Development Zone in the Eastern Cape Province.

6,000 MW of new solar PV capacity and 14,400 MW of new wind power capacity will be commissioned by 2030 under IRP 2019. The current annual build limits on solar PV and wind have been retained pending a report on the just transition strategy.

There will be no new concentrated solar power commissioned under IRP 2019 up to 2030 beyond the 300 MW already committed to being commissioned in 2019.

Beyond South Africa’s conducive sun and wind, South Africa has some of the world’s largest high-grade resources in vanadium, platinum, palladium, nickel, manganese, rare earths, copper and cobalt, which are used in the global energy storage sector and create an opportunity for new industry and localisation.

Eskom is not precluded from developing renewable energy. Eskom is also already working on utility scale battery storage. 5,000MW of battery storage will be commissioned by 2030.

In support of regional integration and energy trading, South Africa has entered into a Treaty for the development of, and the purchase of 2,500 MW of hydro-electric power from, the Grand Inga Project in the DRC, with some of the power intended for transmission to South Africa across DRC, Zambia, Zimbabwe and Botswana, in part in pursuit of regional integration in SADC.

IRP 2019 provides for uncapped procurement of Distributed Generation up to and including 2022, and thereafter, procurement would be capped at 500MW per year up to 2030.

Distributed Generation is defined in IRP 2019 to mean “small-scale technologies to produce electricity close to the end users of power”.

IRP 2019 suggests elsewhere that distributed generation projects include projects between 1 and 10 MW. This is an opportunity for small-scale generators, including those from biomass, biogas, landfill gas and co-generation, but IRP 2019 appears to exclude mines and commercial and industrial entities that are seeking to develop generation capacity in excess of 10MW.

IRP 2019 provides that embedded generation installations in excess of 10MW would require a “Ministerial deviation in line with the Electricity Regulation Act”.

The developers of projects above 10 MW are required to apply for and obtain an exemption from the Minister of Energy from the obligation to comply with the IRP2019 in terms of section 10(2)(g) of Electricity Regulation Act, before an application for a generation licence can be considered by the National Energy Regulator of South Africa.

The question now becomes what will be required of these projects in order to for the Minister to grant the deviation and the timing implications of this process.

IRP 2019 confirms that the existing Ministerial Determinations in issue will be looked at and revised in line with the latest approved IRP. This will be done in concurrence with NERSA as required by law.

IRP 2019 sets out nine policy supply and demand side decisions in the short term to minimise the risk of load shedding (power black-outs) and/or extensive use of diesel peaking plants: