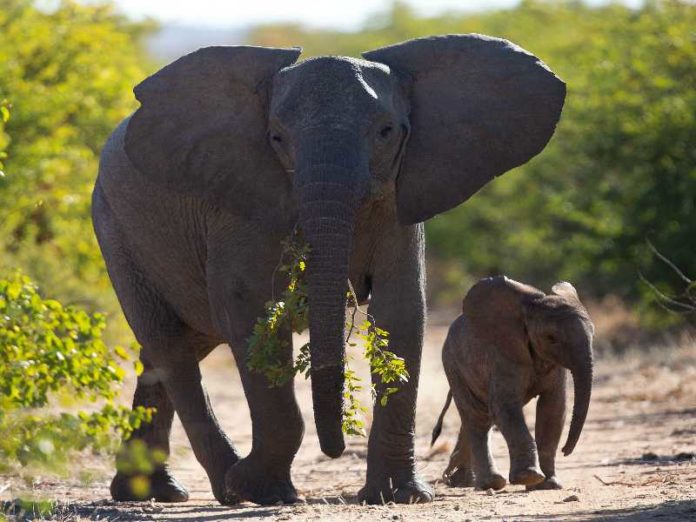 De Beers Group has passed the halfway mark in executing one of the most significant and large-scale environment-sustaining projects ever undertaken by a mining company.

This being the relocation of 200 elephants from its Venetia Limpopo Nature Reserve in South Africa to a national park in Mozambique.

The result will see the revitalisation of not one ecosystem, but two.

The Venetia Limpopo Nature Reserve, a De Beers conservation area located in close proximity to its Venetia mine, currently undergoing a major life extension project, is home to a thriving elephant population (about 270 at the start of January 2018).

This has steadily been affecting the reserve’s broader ecosystem which only has a carrying capacity of just 60 elephants.

“We needed a solution to protect the reserve for the co-existing wildlife,” Wickens starts. Through Peace Parks Foundation, a non-profit trans-frontier conservation organisation whose aim is to re-establish, renew and preserve large functional ecosystems, the perfect opportunity presented itself to not only achieve this goal but help another ecosystem desperately in need.

“Mozambique’s elephant population was devastated during the civil war between 1977 and 1992. Relocating our elephants to an area hungry for the species which is 12 times bigger than our Venetia reserve and therefore well suited to providing for their needs, made perfect sense.”

Read: An opportunity for the mining industry to give back in the DRC

Called the ‘Moving Giants’ project – De Beers and its partners, the Peace Parks Foundation (Peace Parks) and Conservation Solutions, experts in wildlife management whose team manage the challenging logistics and veterinary care of the elephants throughout the relocation process – have in the space of two years (2018 and 2019) already moved 101 elephants a distance of 1 700 km to their new home, the Zinave National Park in Mozambique.

Peace Parks co-manages Zinave National Park with the Mozambique government and has ongoing responsibility for the wellbeing of the elephants, ensuring they continue to thrive in their new environment.

At the beginning of 2018, the park was home to only eight elephants.

A total of 48 elephants were translocated in July and August 2018. These elephants, moved in family groups, consisted of matriarchs, younger males and females, and calves.

“This is absolutely essential for a species that relies on social cohesion and as such became a massive undertaking over above just the relocation,” Wickens outlines.

The 48 elephants already moved have been seen integrating with other herds at Zinave over the past year and are now flourishing with more space and food now available to them.

This year the first groups of elephant were corralled at the Venetia reserve on 25 June, before making their journey by road to Zinave where they were released two days later.

The next groups arrived at Zinave in July 2019, bringing the total number of elephants moved in 2019 to 53. The remaining elephants at the Venetia reserve are expected to be moved to national parks in Mozambique with sufficient elephant carrying capacity from next year.

“The entire process has prioritised the well-being of the elephants and all personnel involved. This required the elephants to be sedated during the move to prevent trauma.

“Over and above this we have maintained safety as one of our highest priorities, a non-negotiable requirement for all aspects of our mining business,” Wickens highlights.

A number of safety measures were implemented to ensure both people and elephant were protected.

To date there have been no injury incidents on the project – which has been overseen by a steering committee and working group ensuring governance around the entire process.

De Beers Group is further supporting its elephant translocation investment by providing Peace Parks with a further US$500 000 investment (over five years) from the Anglo American Foundation to enhance and extend anti-poaching support measures.

“Before we committed to the first translocation, we undertook our own due diligence to ensure the elephants would not be subject to poaching,” Wickens adds.

At Zinave, 25 new field rangers have been trained and employed from local communities, an operational aircraft has been purchased for aerial surveillance, and a digital radio network has been installed.

An Anti-Poaching Operations Control Room has also been established to coordinate efforts to prevent poaching throughout the park.

Peace Parks has further to this been working with local communities to ensure that the introduction of the elephants to the park has a positive impact for their human neighbours.

In Mozambique, 20% of a national park’s revenue is granted to local communities and is managed through District and sub-District management structures.

In addition to increasing employment in the region, the project has invested in community agriculture, bee keeping and water system improvements.

The intention is to attract more tourists to the area as the park is rehabilitated, increasing revenues and creating further employment opportunities.

“The future of the African elephant is bleak in most parts of Africa, except for the southern Africa region where the outlook on their population numbers are stable and even, in some cases, increasing.

“Zinave National Park in Mozambique is one of these places and brings hope as a new founder population is on the rise. A rare new beginning in today’s day and age, where there is space and safety for these gentle giants. Thank you to our donors, De Beers Group in particular, for helping to restore tomorrow,” says Werner Myburgh, CEO, Peace Parks Foundation.

In addition to the elephant relocation, De Beers has donated to date 11 giraffe and 75 zebras to Zinave as well.

“This is one of the longest elephant translocation location initiatives undertaken from South Africa. As a mining company, we are proud to be investing in the protection and sustainability of two significant ecosystems in Africa,” Wickens highlights.

Initiated in 2015, Project Minera is one of De Beers Group’s key research and development initiatives contributing to this.

The objective is to ultimately operate a carbon-neutral mine, while improving energy efficiency and switching to renewable energy sources.

Project Minera in essence is looking to tap the carbon absorption potential of kimberlite, a diamond-bearing rock that captures carbon dioxide through a process known as ‘mineral carbonation’.

Wickens explains: “When kimberlite is brought to the Earth’s surface and crushed, it acts like a sponge, absorbing carbon dioxide from the atmosphere and locks it into stable, non-toxic carbonate minerals.

“These carbonates form naturally in our processed kimberlite ore over time. Research being done by our partners is looking at ways of speeding up that process.”

De Beers has formed various research collaborations that stretch across five universities in Canada and Australia – namely, the University of British Columbia, the University of Alberta, Trent University, the University of Queensland, and Bond University – which continue to do research work that is focused on two mines, Venetia (South Africa) and Gahcho Kué (Canada). “Both mine sites have abundant minerals that can react with carbon dioxide.”

Wickens notes that good progress is being made with the research on different mineral carbonation technologies (including carbon dioxide injection, cation exchange, and biotechnology) with laboratory trials.

Small-scale field pilots for both mines are due to commence in Q3, 2019. “Initial work is expected to start at our Botswana-based mines during this year as well.”