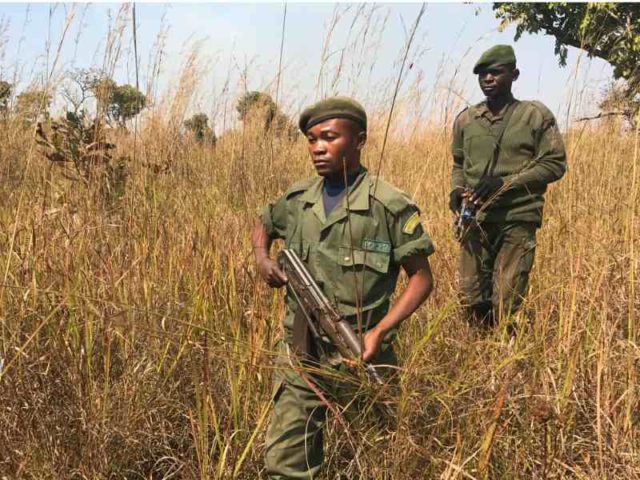 The DRC is home to a large-scale and prominent mining industry thanks to the country’s vast natural resource wealth.

It is also home to some of the world’s largest national parks which today are largely depleted of their wildlife populations.

While extensive resources, time and capital are flowing into the country to return these regions of beauty to their former glory, a project of this scale is enormous and represents an opportunity for mines to contribute, give-back and support local conservation, writes LAURA CORNISH.

Talking to Mining Review Africa during the DRC Mining Week exhibition and conference held in the DRC’s capital Lubumbashi in June this year, and in a one-on-one interview thereafter, Robert Muir, director of the Forgotten Parks Foundation and chief park warden and provincial director for the Congolese Wildlife Authority (CWA), revealed that the country is in desperate need of support to help return some of the world’s most beautiful parks to their original states.

Through his position at the CWA which he took up in January 2017, Congolese French-fluent Muir is specifically responsible for uplifting two of the DRC’s national parks – Upemba and Kundelungu – “Which have long been forgotten and completely abandoned and decimated during multiple periods of armed conflict.

“Wildlife populations have consequently crashed significantly – nearly 100 000 elephants from the area have been lost along with thousands of zebra and buffalo, as well as lion, leopard, cheetah, wild dogs and black rhino,” he reveals.

“The landscapes are world-class and spectacular but largely devoid of wildlife. The parks themselves and the contiguous hunting blocks measure about the size of Belgium and the broader landscape the size of Switzerland – “an average sized European country which indicates just how huge and vast these areas are.”

Today there are less than 200 elephants in the two parks, less than 100 zebras and 130 buffalo. There are no big cats or wild dogs and the last black rhino was poached in 1954.

“Our job in essence is to halt the decline of wildlife in the parks, stabilise the existing populations and then return them to their former days of glory.”

This to a large extent entails identifying illegal activities and the impact they have on the area and from there to address and mitigate all threats to these two national parks.

The work carried out by Muir and his team of 230 rangers in the DRC (employed from nearby communities) is regarded as significant and he answers to the Director General.

Through the UK-registered Forgotten Parks Foundation which manages donations, the organisation is accountable to donors and partners to ensure funding and finances generated for parks is managed to international standards.

In his position as chief park warden, Muir is responsible not only for working alongside the local rangers but also for the provision of training, equipment and communication tools, which he describes as the means necessary to stabilise the areas in order to start repopulating the parks with wildlife.

Prior to this job, Muir worked in Columbia with the government’s conservation agency to bring conservation efforts to areas in the Amazon region under FARC control.

This was after spending 15 years in Africa, as a project leader, programme manager and director for Frankfurt Zoological Society.

However, most of his time was spent in the DRC supporting other parks: “And it was during that time that I established my connection with the Congolese government which ultimately led to my current appointment,” says Muir.

Impressive achievements and a plan in execution

A project of this magnitude is enormous and “incredibly expensive” but the CWA has support from the German Development Bank (KFW), European Union and other partners and donors.

“But the resources required for an operation of this scale go well beyond classic and traditional conservation and environmental donors,” Muir notes.

“We are currently operating on a US$2 million grant from the KFW over the next three years and have secured one of two €7 million grants from the EU.”

The process is also underway to receive a $500.000 grant from the Wildcat Foundation for supporting law enforcement efforts and this will hopefully be the first of many such essential donations.

Smaller, but no less important grants from the Segré Foundation and Elephant Crisis Fund are also providing critical financial support.

These grants enable the day-to-day running of the entire project for the next few years, but are not enough to cover the larger focus on bringing greater revitalisation to the parks.

“With such a well-established mining sector, all of which have an obligation through corporate social responsibility to invest in environmental protection, regeneration and restoration programmes, this initiative represents a great opportunity to contribute,” Muir states.

In doing so, it will help him and the DRC to shine a light on this area and let people know that these parks actually exist. “The reality is that nine out of 10 people in the DRC are not even aware that the parks are here.”

The rangers have done a “fantastic job” with minimal resources in making significant inroads into securing and stabilising the area. Kundelungu is safe with minimal poaching occurring across the park and all illegal mining in the south of the Upemba park has been eradicated.

With stabilisation efforts, now showing success, elephant and zebra populations are already on the rise.

“We have made significant strides in securing the Lufira valley which has been outside government control for over a decade.This is an important step in our efforts to expand the elephant population and provide them with security,” Muir notes.

The larger repopulation programme is planned to take place no sooner than a year from now and will occur within three major zones in the park – starting with herbivores and then expanding to carnivores (including lion, cheetah, leopard and wild dog).

“Our ultimate goal is to bring back the black rhino.”  CWA will source different species of animals to repopulate the parks – with approximately 4 000 animals sourced primarily from Zambia, as well as Zimbabwe, South Africa and other neighbouring southern African countries.

There are not many places left in Africa or even the world that are this vast and this wild but sadly depleted of wildlife populations. So any contribution to this initiative would be welcome.

“Beyond the wildlife population, we are also making sure these parks serve as green motors for sustainable, economic development. To achieve this, we are going to invest in education, agriculture, livestock and fisheries around the parks to make sure that the local communities derive positive benefits from their close association with the parks and that we have a win-win scenario between development and conservation.”

Examining these initiatives in greater detail, Muir reveals the intention to provide educational support to 100 schools around the two parks.

“We want children, and girls in particular, to gain a primary school education for free for the next 25 years but this requires the formation of partnerships with foundations/civil society committed to assisting for that length of time to secure a foundational basis for improving education that will last for future generations.”

Additional programmes will focus on agricultural development, small livestock breeding programmes and improved fisheries management to boost the local economy and provide food for those communities.

“There are a number of important lakes under our responsibility and local communities have a legal right to exploit these resources – but with no knowledge of environmental conservation they have not been fishing in a sustainable way and so fish populations have crashed.

“By implementing good fishing practises we hope to enable local industry to generate fish protein as a dependable food source for our communities, which total around 200 000 people.”

Last, but not least, Muir wants to attract tourists to the parks, both nationally and internationally.

“People need to experience this natural habitat in order to care about it. It will further deliver revenue generation for the parks, which we again will share with the local communities.

“Ultimately, this is an opportunity to play a role in having a real, lasting impact in something that is truly significant. Mining companies in the DRC have established long-term futures and so could make a difference to the country in which they operate – the results of which are visible and have tangible impacts,” Muir concludes.