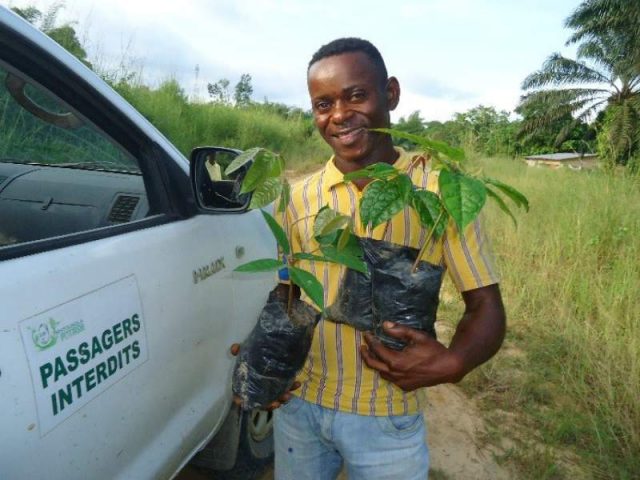 LSE/ASX/JSE-listed African potash junior Kore Potash is looking to reap the benefits of developing its potash deposits in the Republic of Congo.

Potash is a high-demand resource required to support the agricultural sector which must constantly support booming population growth numbers.

The company’s projects also represent the potential for significant shareholder return on the back of their characteristics – shallow, high quality and situated in close proximity to the coast.

Kore Potash’s appetite to develop its two potash assets is as big as the world’s increasing demand for fertilisers that assists in growing crops to feed the world’s rapidly expanding population.

A key component of fertilisers, potash has consequently become a crucial element in supporting what is predicted to be a 50% increase in food requirements by 2050 to feed an anticipated nine billion people.

While a large proportion of the operating potash mines are located in Canada, China and Russia, all tapping into +1 000 m deep resources, Kore Potash’s projects are situated in the Republic of Congo, are geologically attractive at depths above 300 m and are situated less than 100 km from the coast.

“While these three project features alone deliver an attractive proposition to our shareholders and potential investors, the quality of our assets extends far beyond this,” Sampson starts.

Kore Potash’s assets sit within the country’s Sintoukola Basin – Kola about 70 km from the port city of Pointe-Noire and the Dougou and Dougou-Extension, 50 km.

“Combined they comprise about 6 Bt of potash,” Sampson confirms. This undeniably puts the company on the global potash map.

In terms of project ownership, Kore Potash holds 97% of local subsidiary Sintoukola Potash SA (SPSA). SPSA has 100% ownership of the Kola mining lease, including the Kola deposit – which is fully permitted, and only outstanding the approval of its amended environmental and social impact assessment.

Kore Potash raises US$13 million for its Kola Project

Based on these numbers and the potential large-scale potash offering in the region, Kola holds the company’s flagship title.

In addition to the advantages already mentioned, Kola has a low portion of insoluble material and in addition to the short distance connecting it to the coast, estimated at 35 km by overland conveyor, is located in close proximity to its target market areas that have a high demand for fertilisers – Brazil and Africa.

And although an underground mine, at 270 m it will still considered shallow by typical mining standards.

The plan at this stage is to sink two vertical shafts to a depth of 270 m and use a conventional room and pillar mining methodology.

Having spent the last eight years advancing the project from exploration through to permitting and most recently the completion of a definitive feasibility study (DFS), Kola’s numbers look attractive:

With an estimated average cost of muriate of potash (MoP) delivered to Brazil at US$102.47/t, Kola has the potential to be the lowest cost potash supplier to Brazil.

The DFS has also determined the project to have an NPV10(real) of $1.4 billion and IRR of 17.2% on an ungeared, attributable basis. This is based on a nameplate production target of 2.2 Mtpa MoP over a 33-year lifespan.

“This is clearly a standout project,” Sampson reiterates. The biggest challenge however, as is the case for any large-scale potash projects, is jumping the capital hurdle.” To develop a project of this scale requires a hefty $2.1 billion.

“Consequently, our immediate next major step is to invest in capital optimisation work. There is a high degree of conservatism in the DFS and potentially hundreds of millions of dollars of saving we feel can be realised. We also want to reduce the four-year construction schedule,” Sampson outlines.

The first phase of the capital optimisation work (to be completed within the next six months) entails consulting with other engineering firms to obtain an indication of pricing for various components and margins of the project in the Congo.

This will be followed by a series of reviews of the design and underlying assumptions, including revisiting some of the trade-off studies used in the DFS on best logistics methodologies, such as ship loading and transporting ore from mine to processing plant.

“We are confident we can improve the attractiveness of project.”

Situated within SPSA’s larger Dougou mining permit, south-west of the Kola project, the Dougou-Extension was more recently discovered – since Sampson joined the company just 13 months ago in fact.

Having completed a scoping study which kicked off in September last year, Sampson and the Kore Potash team believe this project represents the opportunity to move into production faster, and at a significantly lower capital cost.

The Dougou-Extension project’s scoping study has determined it can be mined using the highly efficient solution mining potash extraction method that is well understood and in use across multiple potash operations globally.

The economics of this approach would see delivery to Brazil costing just a fraction more than Kola at $108/t.

The project is known at present to comprise 52 Mt of indicated mineral resource at 43.1%

“The estimated base case initial capital cost of approximately $327 million (real 2019) is a feasible sum for a company of our size to secure. And because of the solution mining approach, the Dougou-Extension project will require, roughly, only a two-year construction period,” Sampson reveals.

This ultimately equates to an attributable basis at life-of-mine average MoP price for granular product of $360/t and an average base case annual post construction, post-tax, free cash flow of approximately $74 million and just over four year’s post-tax payback period from first production.

Outlining the solution mining approach, the CEO explains that hot water will be pumped down 450 m deep pot holes to produce a hot salted water which on surface is cooled to produce potassium-rich chloride crystals which are dried and compacted into granules. The remaining clean water is then pumped back underground.

Having recently raised $13 million from shareholders, the company is financially secure for the next 12 months and will utilise the cash spend to complete a feasibility study for Dougou-Extension, “from which we can complete an ore reserve and then progress directly to a DFS.

“We will also use this cash to pass the next milestone at Kola which will entail completing our optimisation work.”

At some point in the not too distant future, Kore Potash will need to prioritise one of its two projects to fast track towards development, and Dougou-Extension looks promising. 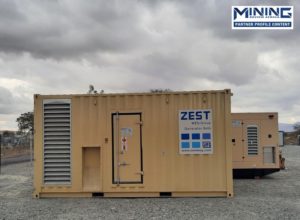