Resource nationalism policies are not limited to fiscal measures 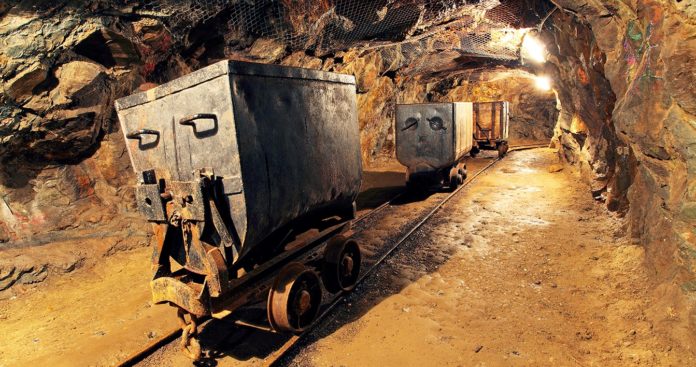 Interview with Peter Leon, Partner and Africa Co-Chair and Bertrand Montembault, Partner: Africa Group, Herbert Smith Freehills. At the East & Central Africa Mining Forum in Kigali from 28-29 October, Herbert Smith Freehills is a bronze sponsor and Peter Leon and Bertrand Montembault are part of a panel discussion titled ‘Shedding light on the challenges of state and private investor partnership’.

Let’s start with some background on Herbert Smith Freehills – there is a proud history there.

Herbert Smith Freehills (HSF) is a leading global law firm with over 4,000 people, including 450 partners, in 27 offices across Africa, Asia, Australia, Europe, the Middle East and the US. We are leaders in a number of industry sectors, including energy and natural resources. In Africa, we have built an impressive track record over the past three decades advising mining companies, lenders and other stakeholders on all aspects of law in the sector, across the whole of the African continent.

Our Africa practice group includes a multi-disciplinary team of mining law experts drawn from across our international network, with one of the largest teams of common and civil law lawyers dedicated almost exclusively to Africa work. Our team advises on all key issues affecting Africa’s mining industry and across every stage of the mining project life cycle: from exploration and approvals to social licence issues, M&A, financing, mine development and construction, process plants, infrastructure, shipping, marketing, productivity improvements and mine care and maintenance or closure. We are experts in joint venture and corporate governance. We guide our clients through equity and debt capital markets and restructuring steps. We are also there to help our clients avoid and resolve disputes.

What projects in the mining industry in East Africa are you currently involved in?
HSF has been ranked Band 1 for eight consecutive year by Chambers Global, Africa-wide: Mining and Minerals. We have advised on some of the largest and often first-of-a-kind mining projects across Africa. Some of our most recent examples of matters that we have advised clients in jurisdictions across Central and East Africa include:

What are some of the current trends / developments that you are seeing in the mining sector both globally and more specifically in East Africa?

The mining industry continues to face challenges from multiple quarters. From more transparency as to the safety of the operations and the impact of those operations on various stakeholders, to continuing pressures from governments to review the value generated by the mining sector. Understanding and engaging with various stakeholders continue to be a key factor in mining companies maintaining the license to operate and in navigating the various challenges.

Perhaps the trend that we are seeing more of both globally and in relation to East Africa is resource nationalism. During the last two years, various African and Latin American countries have introduced a number of measures aimed at exerting greater control over the extractive sector. In its 2019 Report on the Resource Nationalism Index, the global risk consultancy Verisk Maplecroft identified the Democratic Republic of Congo (DRC) and Tanzania (along with Venezuela in the LATAM region), in particular, as the jurisdictions with the highest resource nationalism risk.

Measures which are typically associated with resource nationalism include changes to fiscal policies, such as the introduction of higher royalties and windfall profit taxes. The most recent example of this concerns the changes introduced by the Zambian Government in December 2018 in an attempt to maximise both revenues and foreign investment. In some instances, the measures relied on by governments are more overt, such as the recent attempt by the Government of Zambia to liquidate Konkola Copper Mine plc in order to appropriate Vedanta Resources Holdings Limited’s interests in the company.

Resource nationalism policies are, however, not limited to fiscal measures and include various other steps such as local content thresholds, free carried interest requirements and beneficiation obligations.

The drivers behind resource nationalism are complex and country-specific, however, there are often a number of common political and economic factors. One key underlying factor, particularly for countries with economies which are highly dependent on the export of raw minerals, is commodity price cycles. The changes to the DRC’s mining code, by way of example, followed a surge in the price of copper and cobalt, two of the country’s biggest exports, after a significant price slump in 2016.

Resource nationalism may also be motivated by political factors, often in response to populist demands or electoral cycles. Key examples include Tanzania and Zambia where policy changes were in response to specific events.

While the industry continues to monitor public sentiment towards mining operations and the political situation more generally, the Verisk Maplecroft’s 2019 report notes that over 30 countries around the world have seen a significant increase in resource nationalism in 2018, including 21 major producers of oil, gas and minerals. As the underlying reasons which led to the rise of resource nationalism are complex and multi-faceted it is unlikely to be resolved soon. Resource nationalism is both cyclical and contagious and it is therefore likely that the trend will continue.

You are part of a panel discussion during the conference on “The challenges of state and private investor partnership”, what will be your message at the event?

The African continent is endowed with abundant natural resources, including about thirty per cent of the world’s mineral reserves.  Despite the mineral wealth most resource-rich African countries have been categorized as low income countries.  In fact, analysts have observed a negative impact of resource abundance—particularly mineral resources—on long-term economic growth.

There are various underlying causes which drive this phenomenon which are primarily associated to market related factors (especially commodity price fluctuations). These, in turn, are aggravated by political factors that relate to institutional quality and rent-seeking.

Despite the economic causes underlying the paradox, the impression that African states are not reaping the benefits of their mineral wealth also gives rise to a growing discontentment with the disparity between the profits which foreign investors receive through the exploitation of the mineral resources and the poverty in which the citizens live. This, axiomatically, has been the source of various disputes.

In an attempt to address this, a number of African governments have embarked on sweeping mineral law and fiscal reform.  The changes are often without the support of the mining sector, which can lead to further animosity between the government and foreign investors. Such reforms can likewise constitute a breach of the protection afforded to mineral right holders under the mineral development agreements to which they and the host governments are party.

While the ability to regulate the economic consequences occasioned by the resource curse lies squarely with the domain of the African governments, it should be possible to better regulate the long term relationship between the host governments and foreign investors. This can be achieved by negotiating enduring, sustainable and mutually beneficial extractive contracts.  African governments, in turn, should consider the Natural Resource Charter (published in 2009, now in its second edition) which is an example of a valuable guide and policy toolkit which could assist governments in identifying the appropriate measures.

Peter Leon
Peter is one of the world’s pre-eminent mining lawyers according to the International Who’s Who of Mining Lawyers and other peer reviewed global legal directories.  His areas of expertise include crisis management, mineral and petroleum regulation in developing countries (including international best practice), resource nationalism, black economic empowerment and indigenisation law, international investment law and investment protection.

Peter regularly advises clients on major mine development agreements and resources regulatory issues across Anglophone Africa.   He also has significant experience in contentious matters involving States in sub-Saharan Africa.  He is particularly skilled in crisis management and has provided expert advice on an urgent basis to clients to assist them in managing and mitigating significant country risks.

Peter is well versed in the sub-Saharan African geopolitical climate and provides strategic advice not only on issues related to the mineral regulatory framework but also how to navigate the framework within the prevailing economic and political conditions in key African mining jurisdictions.

Bertrand Montembault
Bertrand has 27 years of experience helping clients on various aspects of their operations and projects in Francophone Africa, mainly in the oil and gas, power and natural resources sectors. He lived and worked in Gabon for two years prior to joining the firm and has an excellent knowledge of Francophone Africa’s local and regional legal systems, including OHADA, and a strong network of local contacts.

Bertrand is ranked in band 1 for Africa-wide Projects and Energy by Chambers Global 2019, which says that sources describe Bertrand as “an excellent lawyer and great on the theory. He’s the guy to ask when it gets complex.” Bertrand is also ranked for Gabon General Business Law (Expertise Based Abroad).

Bertrand is a member of the Association of International Petroleum Negotiators and AFDEN (French Association for Energy Law), and an honorary associate of the Centre for Energy, Petroleum and Mineral Law and Policy at Dundee University. He also lectures regularly at the French School of Mines and at various universities and schools.