Barloworld Equipment: Nurturing the next decade of growth 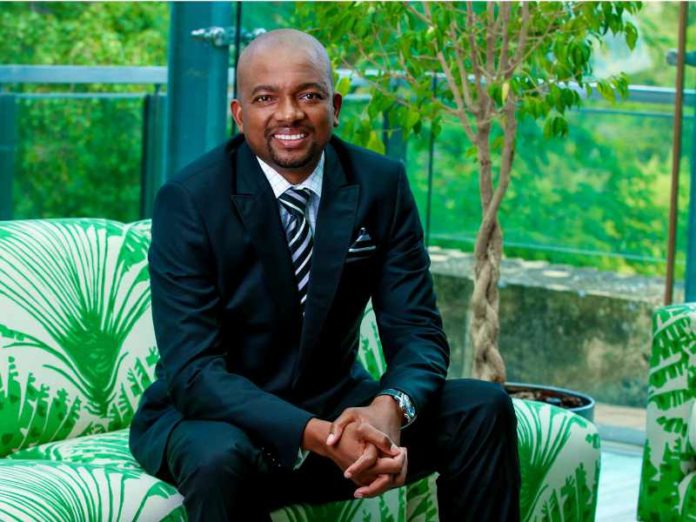 JSE-listed Barloworld Equipment, which recently celebrated its 90-year anniversary as the Caterpillar dealer in southern Africa, has grown from strength to strength over the nine decades since Charles “Punch” Barlow introduced the brand to South Africa.

The task of advancing Barloworld Equipment’s development in the region has been placed on chief business development officer for southern Africa Matimba Mahange – a man with mettle who understands the importance of staying ahead in a constantly changing world.

Matimba, an electrical engineer by trade, completed a Bachelor of Engineering degree at the University of KwaZulu-Natal and quickly found his niche in the mining industry where he has gained the bulk of his experience.

He also holds a MBL degree from UNISA Business School of Leadership and is also a trained Lean Master.

Matimba is married to Gomolemo and they have two daughters – Rimbilani (10) and Rhulani (7).  In his free time, Matimba enjoys running, cycling and golf.

From there Matimba moved to car manufacturer BMW as a project manager for electrical and electronics systems in the quality and launch department.

However, he soon found his way back to the mining industry after joining Joy Global, a mining equipment manufacturing company, as manufacturing director and then sales and marketing director of the South African operation.

Having gained a wealth of operational and technical experience, Matimba was approached to join Barloworld Equipment in February 2016 as COO, where he was responsible for Barloworld Equipment’s underground mining division, the Bloemfontein and Northern Cape regions as well as for asset optimisation projects.

While in this role, Matimba was tasked with sorting out challenges in Barloworld Equipment’s Northern Cape region.

A major mining company in the region was significantly downscaling its operations, a situation that had serious ramifications for Barloworld Equipment’s Northern Cape business, including financial losses and potential retrenchments.

In the face of this challenge, Matimba came up with a new business plan and, within three months, had successfully turned the business around to a point where it was set to make a profit, while also avoiding any staff retrenchments.

On 1 October 2016, Matimba was appointed CEO of Barloworld Equipment South Africa, focusing on the South African, Lesotho and Swaziland regions.

He occupied this role until September 2017 when the company took a strategic decision to change its operational framework to three main business pillars within Barloworld Equipment, namely Mining, Construction, Rental & Used and Energy and Transportation.

As part of the larger Barloworld Group’s strategy to double its market capitalisation over the next four years, Barloworld Equipment has initiated a number of projects geared not only to support the growth target of the larger business, but also the growth of the equipment business in southern Africa.

To realise growth within Barloworld Equipment, the company is targeting new work from the underground business in both hard and soft rock environments and is also evaluating ways to capture further market share in both these environments.

As a member of the Caterpillar Underground Mining Council, Matimba forms part of a network of Caterpillar global executives that meet to brainstorm, troubleshoot and ultimately influence the direction of Caterpillar’s underground mining product development and he has, as a result, gained invaluable knowledge from the Council on how to drive growth within southern Africa.

The company is also evaluating its operations within southern Africa through a network optimisation project aimed at assessing how best to utilise its sites in order to deliver superior performance results for customers, Caterpillar and shareholders  in what is a cyclical mining market.

Barloworld Equipment has embarked on a transformation programme aimed at streamlining the business within the entire southern African organisation.

The key focus of the programme is making it easier for customers to do business with us by improving every element of their experience.

“Having consistently invested in excess of 100 facilities and several after-sales service and parts distribution centres within our southern African territories, we have truly created a one-stop shop experience to support the Caterpillar brand in southern Africa.”

Looking into the future, Matimba is aiming to fine tune and optimise the current growth plan, which is the basis of the company’s strong growth trajectory experienced over its 90 years of business.

“We have ensured that we are fully equipped to address our customers’ needs in an ever changing world and have consequently evolved from being an equipment supplier to being a solutions partner to customers in addressing their particular challenges,” says Matimba.

“Through digital transformation and harnessing the latest technologies, we can improve turnaround times and complexities in the business to provide our customers with a more satisfying experience, simultaneously improving our position as a leading Caterpillar dealer.”

“The value-added benefit of this to our customers is that we are able to optimise their entire value chain,” he concludes.

SEM, a leading Chinese wheel loader OEM since 1958 with a well-established presence in the global earthmoving segment, was acquired by Caterpillar as a wholly owned subsidiary in 2008. Prior to this acquisition, SEM traded as Shandong Engineering Machinery Co Ltd but the company was subsequently renamed Caterpillar (Qingzhou) Ltd (CQL) in 2014.

Further enhancing the brand, Caterpillar approved the endorsement ‘SEM – A Caterpillar Brand’ in 2016 and, by 2017, Caterpillar regarded SEM as one of the most important strategic product brands in its newly updated global strategy.

SEM now has an extensive distribution network and products are sold and supported via Caterpillar dealer principal-owned SEM channels.

Barloworld SEM has been mandated to provide southern African contractors with an alternative, cost-effective and high-specification solution for light to medium duty earthmoving applications and is responsible for providing the relevant sales and after-sales support.

In pursuit of its mandate, Barloworld SEM opened its flagship Isando dealership in Johannesburg during the second half of 2017.

The three SEM products, two wheel loaders and a track-type tractor, are all medium-sized to offer greater versatility and affordability to contractors in the mining, construction and quarrying industries.

Many of the components in the wheel loaders have been re-engineered to offer customers greater longevity under extreme pressure of use and conditions, as well as improved brake performance and extended service life.

The SEM track-type tractor (SEM816/822) combines a high level of efficiency and manoeuvrability, together with an ergonomically designed operator cabin, world-class pump and motors together with an undercarriage designed for longer life.

The highlight of the track-type tractor is its radiator, which features a new advanced cooling system designed to operate at ambient temperatures from -43°C to +50°C.