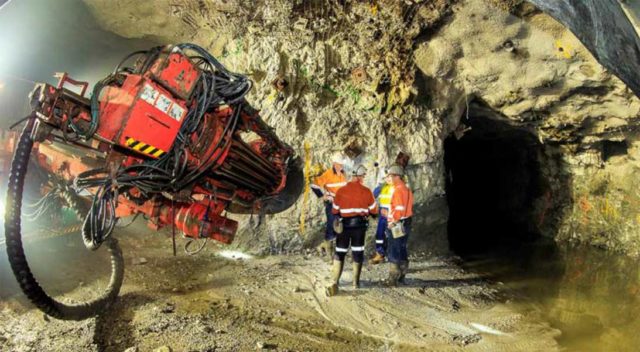 Centamin has announced that the results of the 120,000 metres drill programme in 2018, across the company’s wholly own landholdings, resulted in an increase in mineral resources by more than 100%.

Côte d’Ivoire – Centamin reported that a maiden resource has been declared at the ABC Project and the Doropo Project mineral resource has grown by 58%. Building on these results, a further 90,000 m is budgeted and underway for 2019.

The Doropo Project, located in the northeast Cote d’Ivoire, consists of nine permits, over a 2,721 km² highly prospective landholding that lies between the Boromo-Batie and the Hounde-Tehini greenstones belts.

The company’s experienced exploration team have achieved year-on-year resource growth. The team applies a systematic approach to prioritise resource-focused target generation and ranking to fast-track the most prospective target.

The company has successfully increased the estimated tonnages at all the previously defined resource structures and discovery of new structures capable of adding further resources.

The updated mineral resource sits within a 6 km radius area, extends from surface to a maximum depth of 250 m, suitable for open pit mining and trucking to one central processing facility.

Also, the discovery of Kilosegui, an 8 km long surface soils-auger anomaly is to be tested with drilling during 2019.

The mineral resource area is defined from surface, along a 2.3 km strike, and remains open in all directions.

To date, 25,000 metres has been across the ABC landholding, of which 65% was focussed on the Kona South prospect. The average discovery cost has US$8.50 per ounce.

Furthermore, there have been encouraging drill intercepts returned at the Kona Central prospect. A 34,000 m drill programme is budgeted for 2019 focussing on resource development at Kona Central and Kona South.

Centamin’s CEO, comments: “2018 saw a further increase in our investment and level of activity in CDI across our 3,472 km² land holding.

“We have only scratched the surface of the potential of these assets, and we are maintaining an intensive campaign in 2019 to define further quality gold ounces.

“Centamin’s core strategy remains on delivering returns using its highly cash generative business which not only delivers a high yield for its shareholders as per our sustainable dividend policy, but also delivering fully funded growth from our exciting exploration portfolio,” he concluded.