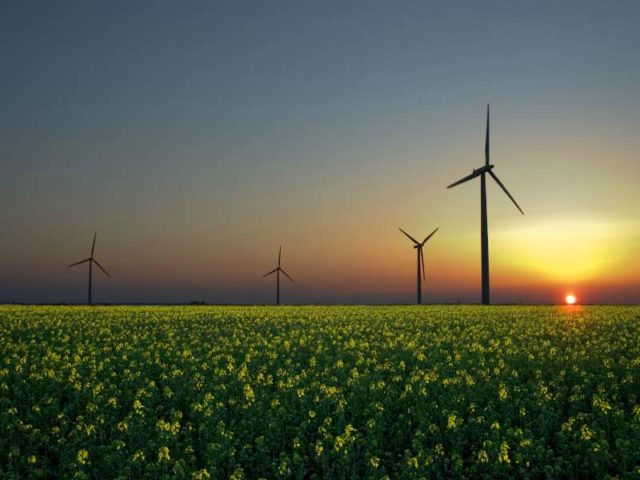 In Africa, access to affordable power remains a major issue for the economic well-being of the continent. The question of how this power will be supplied is one all countries are grappling with.

Compared with the rest of Africa, South Africa is well endowed, with a robust, centralised generating and transmission system of about 35 GW of installed capacity.

Elsewhere in Africa, emergent networks are becoming a reality, with mini-grids that are gradually becoming more connected.

There is clearly a growing appetite for renewable energy in Africa, but there is a triangle of dependence between security of supply, environmental management and affordability issues – the International Energy Agency (IEA’s) “energy triangle”.

Every territory must find its own ideal way of balancing these considerations. In the emergent network space, solar power is becoming the installation of choice. The International Solar Alliance is targeting 1 000 GW to be installed by 2030.

There are certain key trends that drive the way these considerations interact.

The reliability of existing grid service providers is a big issue throughout Africa. Typically, 30% of African countries experience an outage of some sort once every three or four days.

Consumption is low. Typically, sub-Saharan African per capita electricity consumption remains a few hundred kWh a year. The average suburban Johannesburg resident will consume in 10 days what the average African resident consumes in a year.

While energy access has increased in Sub-Saharan Africa, with about 150 million more people gaining access to electricity over the past 10 years, it has not kept pace with population increase.

Against this backdrop, (apart from the centre of Australia) Africa has about the best solar resource in the world. Typically, it’s about three times better than Europe.

Africa has a fairly resource-intensive set of economies. The mining industry specifically is power hungry and keen to diversify its energy supply. Historically, the power supply of choice has been diesel, which is not favoured environmentally. The possibility of hybridising diesel with solar is also being pursued.

In South Africa, there is scope for increased proportion of renewables in the South African energy mix, but the IEA states that coal was still responsible for 70% of South Africa’s primary energy consumption in 2014.

Whilst the Department of Energy is showing renewed commitment to the Renewable Energy Independent Power Producer Projects (REIPPP), with 27 projects to the value of R56 billion intended to be signed imminently, the process has been stalled due to the concerns raised by NUMSA in respect of other economic losses in the mining sector.

Arriving at an end-state vision for Africa’s electricity sector will have to wait while the sector remains in its current situation of dynamic flux.

It’s an exciting time, and indications are positive, not least because of Africa’s generous endowment of renewable resources. But in Africa, every country’s ultimate energy mix will be the one that best balances its social, economic, and political considerations.

Linked to the lack of grid electricity are social and economic problems affecting education and health. Subsequently people are using energy sources that are available and affordable, such as biomass, which dominates the energy mix in sub-Saharan Africa, where it’s used by 730 million people.

One third of sub-Saharan Africa is covered by forest – the total forest biomass stock is 130 Bt. But this is finite and is currently being depleted at unsustainable rates. Domestic burning of biomass leads to indoor emissions that are inhaled and cause respiratory disease.

Aside from the quick, effective turn-around time of these plants, they could contribute to 8 million tonnes of reductions in CO2 emissions.

There is agreement on the benefits of renewable energy, for Africa’s developmental and environment needs. However, the fact is that fossil fuels will continue to supply most of Africa’s power needs in the short to medium term.

What is the ideal energy balance between various energy resources? Should we embrace renewable energy, and phase out fossil fuels entirely? Would this approach be able to meet the country’s growth needs? The halted nuclear build programme promises 9.6 GW of power, but can the country afford it?

Upon reflection, the South African Independent Power Producers (IPPs) model has emerged as quite effective. Prospective power producers bid for 20-year periods at a fixed price. With this model, the country at least knows what it has to deal with and can plan accordingly.

Unfortunately, now even that IPP model is in some doubt, after former Energy Minister Mmamoloko Kubayi told IPPs to accept less than 77c per kWh, if they want to secure power purchase agreements.

The proposed nuclear build hangs in the balance after the Cape High Court declared nuclear inter-governmental agreements with the US, Russia and South Korea unconstitutional. Besides this, the affordability of the nuclear builds must still be conclusively demonstrated.

However, as a solution, there is also the fact that building power plants is a tool to catalyse industrial development. Coal fired power plant Medupi, for instance, injected significant investment into the economy, and we do require some excess capacity to facilitate economic growth.

The energy debate tends to become polarised into the renewables-or-nothing camp and the big baseload, monopoly state-owned enterprise camp. To say it’s an either/or question is a little simplistic.

The trend internationally is for the supply networks to be publicly owned, and for generation to be largely privately owned. There has to be some state involvement in the supply of power, but where it should be needs an open debate.

There is a balance to be struck. Every electricity source has a role to play. Solar, especially in South Africa, is a no-brainer, we are endowed with some of the best resources on the planet. Our sunlight is dependable. A solar farm in the Northern Cape can supply a steady, reliable stream of power that can be fed into the grid. It is also scalable, and storage of renewable power is becoming more feasible as batteries become more economically efficient.

If we could find policy certainty, an optimal energy mix would probably involve several large anchor power stations, with a significant renewables component. Gas also has a role to play. The proposed African Renaissance Pipeline has yet to materialise, but what few realise is that gas doesn’t require pipelines thousands of km long. Gas is a commodity. It can be purchased on the global market and shipped in.

The other aspect of the energy industry to be considered is its job-creation effect. At the moment, power station builds are not long-term job creators. We have to decide whether we want to create careers, or just jobs.

At Medupi and Kusile, not much of the core technology is home grown. Most of the investment in capital equipment is in hardware sourced from overseas.

Even with renewable energy, this is the case, if one considers the components that go into a wind power station, the turbines come from overseas.

South Africa should use the opportunity of the current foreign direct investment in power plants – coal fired and renewable – to grow local expertise and build a power technology industry.

We could then begin to tap into African markets, manufacturing power technology and exporting it into the continent.

In conclusion, there is no silver bullet supply solution for the South African energy situation. We will succeed by choosing the energy mix that best suits us and our economy but we need a functional policy environment and transparent governance processes to enable this.

The market does require restructuring – as it has for the past several years. Public-private partnerships have been shown to work, and the policy around this should be finalised.

We also require clarity. The Integrated Resource Plan, which governs the energy mix has not been updated since 2010.

In a climate of rapid change, it makes sense to have a clear policy and strategy that accommodates the disruptive transitions we are experiencing and enables the adoption of technological innovations in a way that can radically contribute to the transformation of our energy economy and society as a whole.