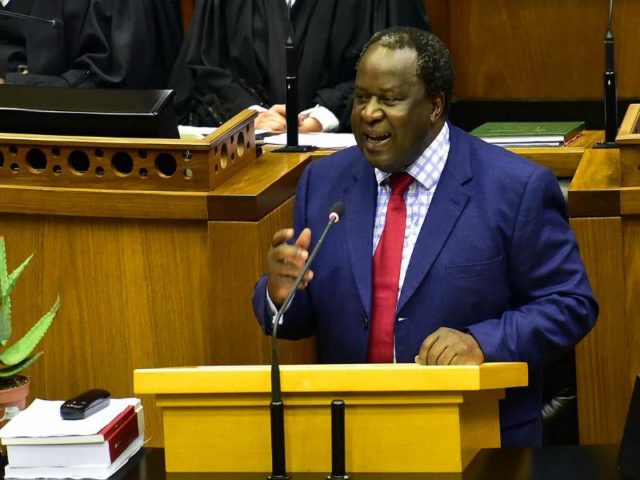 Following Finance Minister Tito Mboweni’s first budget, economist Dr Azar Jammine has raised hopes for a “major recovery” in the South African economy, but he warned it was unlikely to happen before 2021.

Speaking at AfriSam’s 2019 National Budget Breakfast, Dr Jammine told a diverse audience of more than 200 people from the construction sector that 2019 and 2020 would remain very difficult.

Planned government investment in infrastructure, for instance, was expected to rise only 4%, spelling a continued slump for civil engineering.

He said one of the key drivers of recovery would be restoring the tax-collecting capacity of the South African Revenue Services, which had fallen about R40 billion short of target in the last financial year.

He also hoped that government expenditure would be made more effective if the challenges at the State Owned Enterprises (SOEs) were addressed and the more-than-34% of the tax revenue being spent on the civil service was reduced significantly.

Focusing on the state of the construction sector and its prospects, Industry Insight senior economist David Metelerkamp painted a sombre picture for most segments.

The hard-hit civils sector would see some light from the 14% increase in planned government expenditure in transport and logistics infrastructure. Metelerkamp noted that this was off a low base from last year, moderating its likely impact.

Water infrastructure would see an 8% increase in public spending, but investment in power facilities was only slightly raised due to the Medupi and Kusile projects approaching completion.

The renewable energy sector would bring some relief to contractors, as its role in power generation could grow as these technologies showed evidence of reducing the cost of generating electricity.

The building industry looked better than civils, he said, especially the residential segment. This was mainly in demand for flats and townhouses, where square metres completed grew considerably in 2018. Demand for ‘luxury homes’ was down.

The future held promise for large mixed-use developments, of which over 30 were on the table, said Metelerkamp.

Ten of these were expected to launch in this financial year, and 14 more in 2020/21. He noted that the shopping centre ‘boom’ was over and that an oversupply now existed.

Referring to the oversupply in the cement sector, AfriSam sales and marketing executive Richard Tomes, said AfriSam was now in a better position to cope with current market conditions after a period of right-sizing its business.

Matshiqi argued that “only limited change” would be achieved by this year’s election, and there was a “paucity of thought leadership” among the country’s leaders.

He urged the audience to continue to “dream actively” by nourishing hope through hard work and commitment to a better society.

The ANC, he said, had run its course and what was now needed was a new revolution that included greater involvement by individuals, organisations, companies and civil society.

Citizens’ over-reliance on the political class “condemns us to under-performance – especially in economic terms,” said Matshiqi.

Tomes added that despite the impact of the lack of infrastructure spend on the construction sector, he remains confident that some level of stability will return to the industry once the 2019 national elections have taken place and the newly elected government will have been mandated with a new 5-year term to address issues around policy uncertainty and fix the state-owned entities.

He concludes, echoing Matshiqi’s sentiment, that in order to strengthen the construction industry and country, we must all the heed the president’s call of ‘Thuma Mina’ made during his inaugural state of the nation address – a call for all South Africans to ‘lend a hand’ and be of service to the nation.