Productivity is a hot topic in South Africa with economists frequently advising that productivity has not grown as well as it should have in the last few years. One sector where productivity is always in the spotlight is the Mining industry.

For many organisations, the one simple solution to balance costs against profits, is to cut-off the dead wood. This begs the question, is it possible to attain sustainable profit beyond headcount reduction? And if so, how do organisations strike the balance between productivity and maximum profitability?

According to Chamber of Mines chief executive Bheki Sibiya, labour costs were escalating to higher levels while productivity was not improving. “If the salary is growing at 10%, productivity should also grow at 10%.” In an interview with Sowetan, Sibiya –  who is unhappy that President Jacob Zuma has returned the Mineral and Petroleum Resources Development Act to parliament for further consultation –  warned that the mining industry was a long-term industry and needed to operate in an environment that did not change too much.

One should ask though, is this a fair statement in the South African environment which is constantly in flux? With challenges such a striking workforce, and load shedding impacting on the sustainability and long term profitability of the mines, it is not hard to explain why productivity would also be severely impacted.

Sustaining profits is about identifying and managing the economic drivers of costs (reduce) and revenue (increase) during the business cycle to achieve a desired profitability target.  Reducing headcount (people resources) can lead to sustainable profit contribution if it is linked to an economic driver. For example, if an economic driver is truck productivity and you can implement an operational improvement to reduce cycle time which means less truck hours to mine the same quantities of ore then headcount can be reduced. If however, headcount reduction is done without changing the operational processes to improve productivity then quantities of ore mined and sold may drop and profits will be impacted.

Likewise, reducing support function headcount without a corresponding process change may increase risks to product quality, reserves replacement, safety, etc.  In the medium to long term it is productivity improvement not headcount reduction that sustains profits and allows you to react to upturns in commodity demand.

BDO in South Africa is the South African member firm of BDO International. BDO is the brand name for the BDO network and for each of the BDO member firms. The global BDO network provides audit, tax and advisory services in 151 countries, with over 59,000 people working out of 1,200 offices worldwide. Service provision within the international BDO network of independent member firms (‘the BDO network’) is coordinated by Brussels Worldwide Services BVBA, a limited liability company incorporated in Belgium with its statutory seat in Brussels. 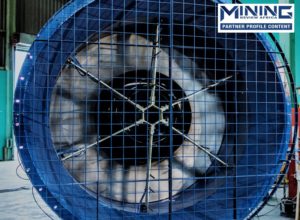