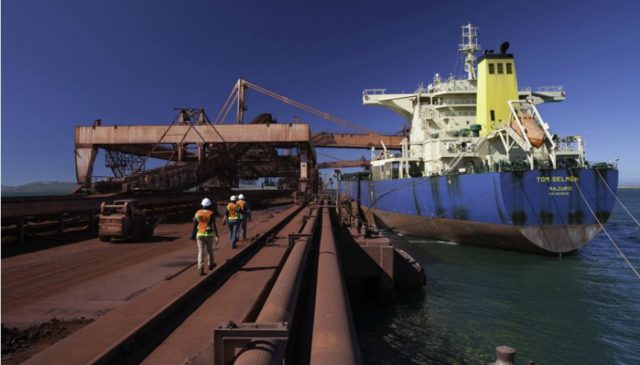 The South African Government is not pleased with the decision of ArcelorMittal to retrench nearly 1 000 workers across the company and to close the Saldanha Works.

This comes despite significant efforts by Government and public agencies to provide additional support to ArcelorMittal over the last few months, and to ensure a solution which would result in the elimination of job losses across the company and the continuation of the Saldanha Works.

ArcelorMittal to put Saldanha on care and maintenance

The recent efforts of Government are additional to extensive trade support which has been provided to the steel industry over the last few years to ensure protection from imports, including safeguards on imported hot rolled steel.

In addition, Government has designated the steel industry to ensure that steel procured for infrastructure projects is locally produced.

The Minister of Trade and Industry, Ebrahim Patel, met with the management of ArcelorMittal on several occasions during the last months to explore opportunities to save jobs and keep all plants in operation.

In early October, the Ministry of Trade and Industry convened a meeting between ArcelorMittal and the leadership of both Solidarity and Numsa to expedite a dialogue towards reduced job losses.

ArcelorMittal agreed to suspend the Section 189 consultation process to allow time for a facilitated engagement with Government and Organised Labour.

To ensure appropriate engagement, Patel appointed Glen Cormack, an experienced part-time Commissioner with the CCMA, to meet with the engage the parties towards a viable solution.

Minister Patel facilitated meetings with the management of Kumba, which supplies iron ore to ArcelorMittal, to obtain further concessional pricing for Arcelor Mittal from Kumba, which would provide additional cost relief.

All parties met several times over October and early November, during which time commitment was sought so that ArcelorMittal could suspend its retrenchment process completely and keep the Saldanha Works in operation.

The consequence of the expedited facilitation and dialogue initiated by National Government, secured commitments of half a billion in annualised savings, in addition to once off savings of more than R200 million and additional commitments from organised labour to fast-track discussions on enhanced productivity arrangements.

“The closure of Saldanha Works and retrenchment of workers at ArcelorMittal is a harsh blow to industrialisation in the country. This is particularly regrettable given the energy and efforts of National Government, SOEs, organised labour and others to provide support and savings to ArcelorMittal. These commitments follow significant tariff protection and localisation initiatives provided to protect the steel industry from the threat of imports.

“We recognise the challenges presented to the steel industry globally from over-capacity. Our efforts are directed at maintaining a primary steel production capability in South Africa.

“We urge ArcelorMittal to continue to work with National Government and other social partners to reverse this decision and find solutions which can keep the Saldanha Works in operation, and workers in employment. If no solution is found with ArcelorMittal, they should consider selling the plant to ensure the country does not lose industrial capacity and workers and communities are not displaced.”