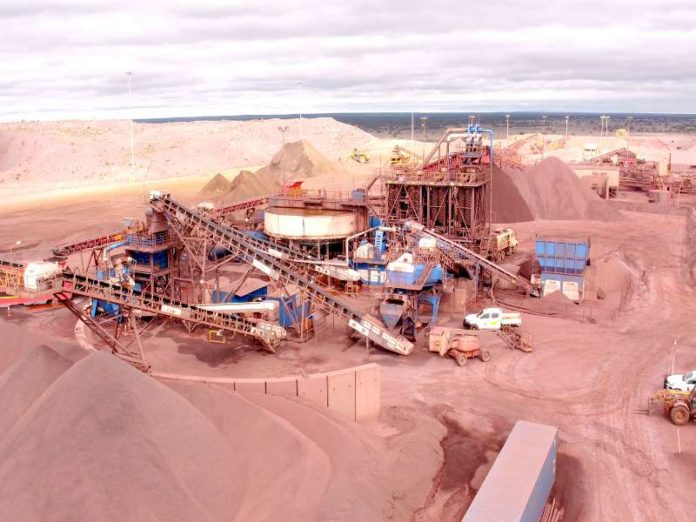 The allure of recovering and beneficiating iron ore from marginal and low-grade overburden stockpiles, oversize stockpiles and fines dams is only ever apparent during commodity booms or busts – when unlocking every available ton and turning it into minable and profitable material is crucial.

Wet processing equipment company CDE has successfully helped bring an Australian iron ore miner back from the brink of closure through the innovative use of its technology and believes that this technology can be used to unlock value in the South African iron ore mining sector too, writes CHANTELLE KOTZE.

Wayne Warren, business development manager for sub-Saharan Africa at CDE, explains that CDE has been identifying ways to tailor its wet processing equipment into bespoke solutions that can help the broader mining industry unlock resources that have previously been seen as “not worth the squeeze”.

The global iron ore boom which began in early 2000s as a result of China’s large-scale industrialisation, which in turn increased the country’s imports of the key steelmaking ingredient, was the key driver behind CDE’s venture into iron ore recovery.

The most recent iron ore boom, which has seen prices near their highest in two years, has once again been spurred by growing demand from China but also by the collapse of a tailings dam at Vale’s Córrego do Feijão mine, in Brazil in January this year which has threatened Vale’s iron ore supply and cut into global output.

Despite the current booming iron ore price, ratings agency Fitch maintains that prices will begin to drop from 2020, underpinned by a less positive outlook for Chinese growth than in previous years.

According to Warren, it is the boom and bust cycles that encourage iron ore miners to find ways to unlock value from waste stockpiles but also to better position themselves to deliver ore at a lower cost per ton, while mitigating the economic risks that come with a fluctuating iron ore prices.

To date, CDE has delivered a number of successful projects in Australia’s opencast mining sector, including its flagship installation for SIMEC Mining, where it helped bring an iron ore operation that was in administration back into production – saving hundreds of jobs in the process.

Through a collaborative process with SIMEC Mining, which acquired an iron ore mining operation from steelmaker Arrium after it was placed into voluntary administration in 2016, CDE designed, manufactured and installed a turnkey iron ore waste beneficiation system across two mining sites, located in the remote Middleback Ranges of South Australia.

Commissioned in late 2017, the two CDE processing plants wash, separate and gravity beneficiate about 17 Mt of low grade overburden iron ore that was stockpiled in waste dumps into a high-grade saleable product with a 63% iron content – upgraded from an average low-grade grade of between 45% and 50% iron content in the waste dumps, explains Warren.

The bespoke plants were delivered in just 18 months from the receipt of order according to Warren, who explains that the company’s modular equipment enables rapid and safer on-site installation and commissioning.

“The SIMEC processing solution included a range of equipment from the CDE mine and quarry product portfolio, including the M-Series modular washing plant, the AggMax modular logwasher; the EvoWash fine washing plant; the AquaCycle thickener as well its patented H-line horizontal screens with Infinity screening technology,” Warren explains.

CDE has also received interest in its processing solutions from the Latin American mining industry and is also in discussion with mining and contracting companies in South Africa.

Warren believes that CDE’s processing plants provide a cost effective way of extracting the best possible value from material that has already been mined as a means to add to a company’s bottom line.

“In a boom cycle, this is your fastest way of mining additional resources whereas in a bust cycle, it is the fastest way to increase production volumes as a means to counter the loss of income from expensive primary production methods,” Warren explains.

The company is currently in discussion with a number of smaller ore operators and mining contractors as a means to add value to the overall iron ore mining operation’s bottom line.