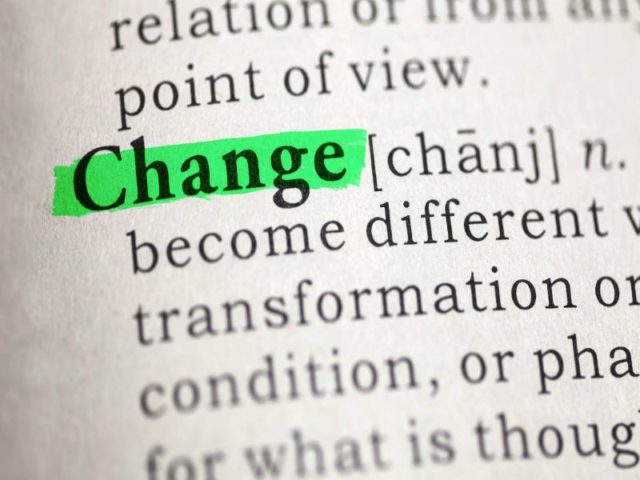 ​The latest on Mining Charter III

Rita Spalding, said all holders of mining rights and permits under the Diamond Act and Precious Metals Act must report on their compliance with Mining Charter III by March 2020.

However, there is continuing uncertainty on the Historically Disadvantaged South African (HDSA) ownership requirements applicable to rights holders.

The principle of “once empowered, always empowered”, which was upheld in an April 2018 judgment in the North Gauteng High Court, is not recognised in applications for new mining rights or renewals of rights.

In those cases, applicants must achieve 30% HDSA ownership, not 26%, and “top up” where previous HDSA partners have sold their stakes.

While the April 2018 judgment was good news for the mining industry, the Department of Mineral Resources and Energy (DMRE) has filed papers to appeal it.

On 27 March this year, the Minerals Council SA applied to set aside certain parts of Mining Charter III, arguing they breach the 2018 judgment and dampen the attractiveness of investing in SA’s mining industry.

Pending this hearing, discussions are ongoing between the Minerals Council and DMRE to find a solution.

The charter’s ownership requirement for new and renewed rights of 20% to entrepreneurs, 5% to labour and 5% to communities is not yet incumbent on mining companies, but in practice many clients are facing pressures from unions and communities who want those shares now.

This may compel them to restructure ownership sooner than expected. Mining companies should be cautious about relying on the “once empowered, always empowered” principle, in view of the DMRE’s pending appeal.

Three recent amendments to strike law, relating to ballots, picketing and advisory arbitration, may go some way towards easing the effect of militant strike action which has caused several deaths and millions of Rands of damage to mines in recent years.

Lizle Louw, said the recent amendment to Section 95 of the Labour Relations Act (LRA) (which makes a strike ballot obligatory for registration as a trade union), now provides that the ballot should be both secret and recorded.

However, Section 67 of the act, which states that a ballot is not a requirement for a strike to be protected, still stands.

The amendments came into effect on 1 January, with a six-month period allowed for the registrar to consult with unions and unions to amend their constitutions.

In the case of Foskor vs NUMSA, which was delivered in the transition period, the strike was interdicted because no ballot was held.

The Johannesburg Metropolitan Bus Services vs SAMWU judgment in August (after the interim period) found that holding a secret ballot was not required to ensure the strike was protected, but non-compliance with this provision was equivalent to non-compliance with the LRA, so if a union did not conduct a ballot, it could not strike.

Louw said employers were within their rights to communicate the amendments on secret ballots to employees, but they had to phrase that communication carefully so as not to anger the unions.

Another recent amendment to the LRA requires picketing rules to be in place, either established through a collective agreement, through the CCMA process or by the Commissioner of the CCMA, before picketing in support of a protected strike can occur.

The Labour Court can suspend a picket if there is non-compliance with picketing rules, but it cannot suspend the strike altogether (which was what employers had hoped for).

The CCMA Director may now appoint an advisory arbitration panel after a strike notice or unsatisfactory conciliation, if it is considered to be in the public interest.

The parties have seven days to reject the advisory panel’s ruling or are deemed to have accepted it.

According to Louw, the impact of this, despite it not being binding, is that it will exert public pressure on the union or the employer to accept a reasonable ruling.

According to Garyn Rapson, mining companies that participate in the circular economy – by finding ways to reuse what was previously regarded as waste – will benefit from greater customer acceptance and economic reward. But it is important to implement such projects correctly.

The first is a local mining company with a project to reduce waste rock material by crushing it and supplying to the surrounding community for housing or road construction.

But this has implications for permitting. It could require a waste management licence, possible amendments to the mine closure plan (where waste rock is intended for rehabilitation activities, such as backfilling).

Every waste rock project must be considered individually, Rapson said. Some waste rock dumps are hazardous, and others are classified as general waste.

Some contain minerals and others do not. If aggregate is included as a mineral on the mining right, it affects royalties and tax liabilities.

Jonathan Veeran said whether a licence was needed to process a dump depended if it were created before 1 May 2004, when the Mineral and Petroleum Resources Development Act (MPRDA) took effect, or after that date.

The MPRDA takes a wider view of mining to include processing, not merely extracting, minerals.

A second example of a circular economy project is new technology currently being piloted that produces bicarbonate of soda as a by-product from cleaning furnace waste gases.

This may require an amendment to the mine’s air emissions licence, and possibly to other environmental permits, Rapson said.

Changes to Explosive Regulations and the impact on communities

The law has been changed to give more power to communities and other owners of structures within 500 m of horizontal blasting (ordinarily) from opencast mining, Kate Collier said.

​New regulations on explosives, include the obligation to consult owners of structures within a 500 m distance of blasting, were passed last year, with a three-month period for implementation.

By now, any mining company that does not comply could be accused of negligence.

If someone is seriously or fatally injured as a result of such negligent failure to comply with the Mine Health and Safety Act (MHSA), a magistrate has the power to suspend or withdraw the mining right. This poses a significant risk.

Mining safety law has always required risk assessments in respect of blasting and engaging with the inspectorate about restrictions and controls needed where there were structures within close proximity to the blast.

Now a written application, with specific documentation, must be made to the Principal Inspector of Mines before such blasting may be permitted. The documentation is not merely technical in nature but must show consultation with owners of structures within 500 m.

This means the mine must plan in advance to identify affected parties and conduct sufficient consultation.

The regulations are silent on what the consultation must achieve but from experience, we expect the DMRE to require some indication of support or consent from other owners.

This consultation could take some time and the question of reasonableness will arise if communities use this consultation process (and hold up mining indefinitely) to extract other concessions.

The reality of mine community participation and possible solutions

In an ActionAid SA social audit around mines reported last year, 73% of respondents said no individuals in their household were currently or had ever been employed in the mine.

Of the other 27%, 41% said those jobs were casual or manual jobs. Clearly, adjacent communities are not enjoying the benefits of mining and as a result they are mobilising, legally or illegally, to demand participation in the industry, Merlita Kennedy said.

There is no single solution. Lodging criminal charges does little to stem the tide of illegal conduct.

Approaching the courts is an option, but the courts are not equipped to find economic solutions. Social and Labour plans are intended to eradicate poverty and focus on procurement, but 91% of respondents in the ActionAid SA survey did not know what a social and labour plan is.

The best solution is real, not “tick-box”, community engagement, Kennedy said. The mine’s negotiating team must have the necessary authority to bind the mine to any promises made during meetings.

That means it should include middle management, lawyers and reputation management experts.

Sustainable mine development and the future of mining

Jonathan Veeran said financiers are increasingly insisting on sustainable mining, based on a social compact between mines, government, labour and communities.

A more co-ordinated solution is the Economic Development Model, which varies according to each mine’s resources.

It means pulling together the funding from the social and labour plan, corporate social investment and possibly drawing on the rehabilitation trust to use for various post-closure projects around the mine.

After mining closes, it is often followed by a ghost town. Sustainable options are conservation, tourism development, micro-industries and agro-processing based on mine infrastructure.

Creating renewable energy and clean water are essential activities not being properly addressed.

With an Economic Development Plan, all these initiatives could be self-funding, Veeran said.

It allows for local and regional development. Mining companies could work together to create regional hubs to support communities’ post-closure.