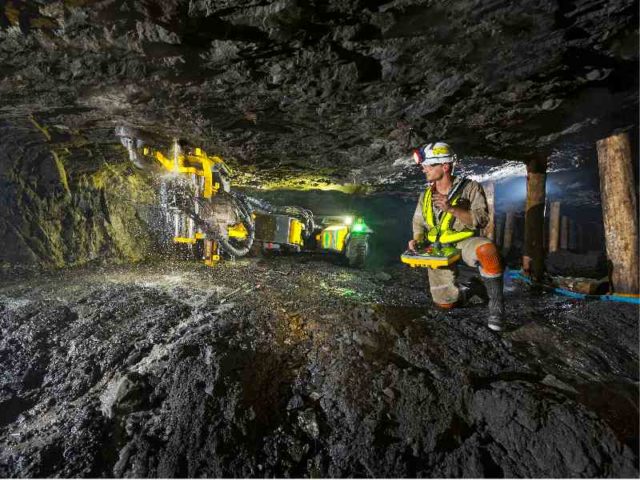 Having led gold production for over a century, South Africa lost its title as Africa’s leading gold producer to Ghana in June due to its shrinking output on account of deepening mines, geologically challenging ore bodies and the increasing cost of doing business.

The Mandela Mining Precinct, which was launched in September 2018, is pursuing six research areas, through three work streams and three cross-cutting initiatives aimed at extending the lives of South Africa’s underground, and often deep level gold and platinum operations, which are constrained by the above mentioned challenges.

CHANTELLE KOTZE spoke to programme manager MICHELLE PIENAAR and Co-director of the Mandela Mining Precinct Alistair MacFarlane about the research currently being undertaken within the Advanced Orebody Knowledge programme – one of the six research programmes at the precinct.

Moreover, the country has the highest labour cost, at US$451/oz of gold, among the ten largest global gold producing countries. Similarly, the energy related cost of $147/oz of gold is the second highest among these countries.

The country’s platinum is comparatively expensive to produce at $544/oz – with 40% of South African platinum mines recording an all-in sustaining cost that was higher than the average platinum price in 2017.

A precious metals industry in crisis

Without a shift in the approach to the current mining strategy, it is estimated that the country’s gold and platinum-group metal reserves will be depleted by 2030 and 2035 respectively, placing 200 000 direct jobs (which supports up to two million dependents) at risk if the country is unable to find a way to sustainably and cost-effectively access and process South Africa’s deep-level complex ore bodies productively and profitably.

This will result in a significant negative impact on the South African economy and a failure to maximise the extraction of the country’s abundant mineral wealth in the long-term.

In a bid to ensure that South Africa’s gold and platinum reserves are mined to their full potential, mitigating future resource sterilisation, it is imperative to ensure that a strongly capacitated and adequately resourced local mining research, development and innovation (RD&I) community is established to develop solutions and technologies designed specifically to address South Africa’s unique conditions.

These needs have been captured in the South African Mining Extraction, Research, Development and Innovation (SAMERDI) Strategy, from which the Mandela Mining Precinct’s six research programmes have been informed.

The SAMERDI Strategy, an outcome of the government-led Mining Phakisa, has brought all industry stakeholders together to establish a long-term roadmap for the sector on how to work collectively towards developing technological solutions that will increase safety, productivity and reduce costs to ultimately extend the lives of the country’s gold and platinum mines, explains Mandela Mining Precinct co-director Alastair Macfarlane.

Thus the implementation of the SAMERDI strategy through collaboration and support from researchers (science councils and academia), government departments, mining houses (individually and collectively), and organised labour unions can be the solution to the challenges that beset the mining sector, Macfarlane believes.

The main focus of the AOK programme is to create the ultimate “glass rock” environment with the aim of improving geological confidence ahead of the face, reducing or identifying the risks associated with geology and ultimately to have timeous information to better inform day to day as well as long-term strategic decision making.

“Through an enhanced knowledge of the geometry of the ore body and its associated characteristics, as well as the surrounding geology ahead of mining it can be possible to optimise extraction.

The same advanced ore body knowledge can also contribute to a reduction in the mining fatality rate due to falls of ground – the single biggest cause of mining fatalities,” says Pienaar.

The key AOK questions which are being addressed throughout the programme are:

The journey up to 2030 and beyond has been broken down into three horizons, not only for the AOK programme, but the other programmes within the Mandela Mining Precinct too, says Macfarlane, adding that it would gradually build up its resources to unlock this research capability.